We’ve been thinking the unthinkable lately here at Gates of Vienna.

Fjordman, El Inglés, Paul Weston, and I have all laid out future scenarios that lie beyond the pale of acceptable speculation. Regardless of the accuracy of our projections, or the fact that we are not advocating what we anticipate, the possibilities that we contemplate here are considered out of bounds.

So we may as well be hanged for a sheep as for a goat.

I’d like to take a slightly different speculative tack this time. Just for the sake of argument, let’s assume that the West has acted on Zenster’s recommendations — that Muslim immigration has been curtailed, and the immigrant population in the West has been reduced by deportations or “incentives for reverse migration” — so that the presence of large numbers of Muslims in the West is no longer an issue. 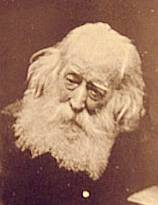 If Western countries follow the Japanese example and refuse to ameliorate their declining populations by importing immigrants, they will eventually face a demographic crisis. The United States will get there eventually, but Europe will be first.

So let’s look ahead a quarter of a century, to a time when the survivors from my generation — the Boomers — will be drooling geezers, and the young folks among our readers (you know who you are!) will still be in their maturity.

No matter what transpires in the meantime, the population of native First-Worlders will be a lot grayer by then. Even if Westerners start whelping out babies like crazy during the next decade, the birth dearth will make itself decisively felt during the coming years. Next year’s cohort of European babies will just be coming online in twenty-five years, and in the meantime much of the adult population will have retired and started drawing their pensions.

For the sake of this argument, we’ll make a few assumptions. These conditions are of varying likelihood, but I am listing them as premises; that is, we take them as given and make deductions accordingly:
– – – – – – – – –

Note that these are best-case scenarios: under our existing circumstances, these predictions represent the best that we can possibly expect. No assumption is made about changes in Western birth rates, because the effect of any such changes will not yet be fully felt in our societies during the next quarter-century.

So, given all of the above, imagine that you live in the year 2033. You’re walking the streets of Oslo, or Bremen, or Cardiff, or Zurich. What do you see?

The first thing you’ll notice is that there are geezers everywhere. Lots and lots of them.

The mods, rockers, hippies, yippies, disco divas, and hopeless squares of my era are now drooling and nodding in geriatric wards and assisted care facilities all across the heartland of the West. They’re not just listening to “Stairway to Heaven” on the digital sound systems of their nursing homes — they’ve actually got a trembling foot on the first step.

The ratio of retired people to employed workers has increased from the 1:6 or 1:3 or 1:2 that prevailed in 2008 to 1:1, or even 2:1 in some countries — that is, twice as many retirees as workers. The remaining workers not only have to pay more taxes, they have to be more productive to keep their parents’ generation in comfortable retirement.

Medical technology and the mandates of patient care serve to keep more and more people alive far past their allotted three score and ten.

And every year of life after seventy gets more and more expensive. Bypass surgery, organ transplants, hip replacements, pacemakers, MRIs, CAT scans, chemotherapy, radiation therapy, blood work, and all the accompanying medication: the cost of keeping a senior citizen alive into the ninth decade has risen astronomically. Not only that, in 2033 centenarians have become a commonplace: there are hundreds of thousands of them.

Imagine that you’re a working person living in this Brave New World. You’re in your maturity, between the ages of forty and sixty-five. You have no chance of retiring any time soon, because the retirement age was gradually raised during your youth to make sure that you and your cohort would continue being productive and paying taxes for a longer time.

If you live in one of the countries (for example, Sweden) where the tax rate was near or over 50% in 2008, then your taxes now consume 75% or more of your income. Even those countries (for example, Ireland) that used to be low-tax havens have been forced to raise tax rates above 50% just to maintain state social programs at their accustomed levels.

Depending on what country they are from and when they retired, many of the elderly you see around you have been relaxing and drawing state pensions for well over thirty years. A centenarian in France may well have been existing on state subsidy for more than half of his lifetime.

So you’re a man who works hard and struggles to make ends meet. Because of your economic circumstances, you and your wife put off having children for so long that it’s now too late to have them. The burden of taxation leaves you with just enough to be barely comfortable, giving you no hope for any real prosperity.

Walking along the street on the way to work, you push past all the elderly people with their walkers and wheelchairs. You see them crowding the park benches and nodding over their tables in the café or the library.

So how do you feel about all this? Are you well-disposed towards all these crowds of geezers? Do you wish them only the best, and gladly surrender the bulk of your income to keep them in their comfortable retirement?

Or are you just a tiny bit angry and resentful at this, the endgame of the Socialist state?

Given the above outline — which, remember, is based on a best-case scenario — I see several possible outcomes. I’ll list them below in order of increasing likelihood.

1. The use of draconian incentives to keep people employed well past the age of sixty-five.

As the demographic disaster looms ever closer in the coming years, the planners of the Socialist state may choose to make old-age benefits unavailable to those who are certified as “fit to work”. In Europe, at least, all the certifying physicians will be state employees, so the criteria for determining “fitness” can be ratcheted downward until the required numbers of citizens are removed from full-time retirement at state expense and kept in employment.

Another tactic that would provide incentives for workers to remain employed would be to require that retired people on state pensions live in dormitory-style facilities, which — given the normal tendencies of centralized bureaucratic Socialism — would be very unappealing places to live.

2. The removal of the franchise from those citizens deemed no longer competent.

The full menu of Socialist care will be sustained for a while by the voting power of the elderly, who can be expected to vote their interests as a massive bloc. However, the EU is already an undemocratic political structure, and will become even more so in the next few years. Presumably the interests of the technocrats in charge will allow them to veto the opinions of ordinary citizens, so that the franchise can be taken from anyone the state deems incompetent.

Once again it will be physicians employed by the state who will do the certifying, so the competency of potential voters will be weighed with the interests of the state in mind.

3. Massive civil unrest of the young and the fit against the cosseting of the parasitic elderly.

The geezers will outnumber the young and fit, but they will be no match for them if civil society ever begins to falter. A crushing tax burden and the manifest unfairness of the system can be expected to bring angry masses of young men and women into the streets in protest.

Which will be more important to the nervous authorities at that point, the votes of the ancient and decrepit people in nursing homes, or the mob howling in the street outside their windows?

4. A gradual reduction in the quality of medical care for the elderly

State-financed health care, plagued as it is by chronic shortages, is already rationed in one form or another within the welfare states of Europe.

It would take just a small bureaucratic shift to push the rationed care away from old people, thereby hastening their demise and easing the burden on a highly stressed welfare system.

5. The widespread increase of officially-sanctioned euthanasia.

The Netherlands presents a model for the gradual introduction of state-sponsored euthanasia. It begins with “mercy killing” — assisted suicide for those who have stated unambiguously their desire to die. The next step is for relatives, in consultation with doctors, to affirm that dear Mama or Papa “would never have wanted to live this way”.

The final stage will be a determination by the state — certified by those ever-busy physicians — that the quality of a patient’s life has been so degraded that his or her continued existence is detrimental to the common good of society.

This process will be expedited by the vast numbers of childless old people, who will be much less likely to have anyone to intercede on their behalf.

All five of the above scenarios could emerge in various combinations, and the first four will tend inexorably towards the fifth. As the state gradually withdraws decision-making power from old people, it will become much easier to shunt them aside, subject them to degrading conditions, and eventually exterminate them.

But, in any case, something will have to give. Things cannot continue as they are indefinitely.

Some of the outcomes described above — or maybe some additional and even less pleasant ones that I haven’t thought of — are inevitable.

All of this is a fantasy, because the best-case conditions I used as premises are highly unlikely to occur.

In a futile attempt to bolster the existing system, immigration of Third World people, especially Muslims, will continue unabated, and probably increase.

Despite these last-ditch measures, the welfare state will become insupportable and will eventually disintegrate piece by piece.

The effort to postpone the inevitable through high taxation and central control will cause an economic collapse, either in slow motion or as a sudden and catastrophic discontinuity.

The above conditions make it likely that the rule of law will erode, and that the social contract — the hard-won result of centuries of struggle — will at last be abrogated.

The exact configuration of the final outcome depends upon the order and magnitude of these events. But there’s no escaping it: massive and fundamental change lies ahead for the West, and will arrive within the lifetimes of those who are now under forty years old.

Anyone who concludes that I am advocating any of the outcomes described above has failed to read the text carefully.

I realize that adding this disclaimer is unlikely to do any good, yet I disclaim: this post is descriptive, not normative.