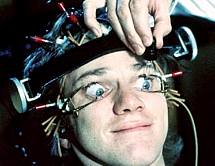 [NOTICE: Before reading any further, please insert a copy of Beethoven’s Ninth Symphony into your CD player. Thank you, Your Obedient Servant, The Government]

The Home Office is to announce an extra £12.5 million to support new initiatives to try to stop extremism spreading. [sic — Where do journalists get their training in the use of their native language? Is “extremism spreading” the same as using a seeder to apply fertilizer evenly in your garden?]

The central element of the Home Office plan is a new national “deradicalisation” programme that would persuade converts to violent and extremist causes to change their views.

Controversially, the new plan makes clear that people who fall under the influence of violent organisations will not automatically face prosecution.

Instead, the presumption should be that some such individuals would face therapy and counselling from community groups instead of criminal charges.

This excellent idea, though somewhat dated by now, will probably use music and aversion techniques to help “persuade converts to violent and extremist causes to change their views.”/؟

Documents being distributed to local councils explain that many people who get drawn into extremism have often suffered some sort of personal trauma or crisis that makes them vulnerable to exploitation.

“We do not want to put through the criminal justice system those who are vulnerable to, or are being drawn into, violent extremism unless they have clearly committed an offence,” a Home Office report says.

It remains to be seen exactly which behaviors the Home Office will consider an “offence.” Probably anything that results in more than two deaths.

As to the psychobabble about people who get drawn into extremism have often suffered some sort of personal trauma or crisis that makes them vulnerable to exploitation, my response is “so what? They still have free will and agency or we may as well let all the criminals loose with a pat of sympathy.

One American psychiatrist who donated his time for a few years to working with groups of prisoners told me that more than ninety per cent of the men had suffered what he considered extreme abuse. He also found them manipulative and unresponsive to treatment. No surprise: he burned out eventually.

“It is vital that individuals and communities understand this and have the confidence to use the support structures that we shall be developing.”

Most of the new funding will be set aside for grants to community groups that challenge the messages of violent extremists should be supported.

The plan includes a suggestion that local councils should map their areas’ religion, surveying and recording the faiths and denominations of local residents.

SAY WHAT??? Religious profiling? And why? Oh, of course, so they can provide spiritual counseling to these poor victims of trauma who aren’t really criminals. Inside each of them is a good boy, trying to get help from the right person.

New guidelines for councils say: “A deeper understanding of local communities should be developed to help inform and focus the programme of action – this may include mapping denominational backgrounds and demographic and socio-economic factors.”

The Home Office has told councils they must be prepared to ask police to vet anyone involved in projects that receive government anti-radicalisation funding.

If a group is found to be promoting violent extremism, local agencies and the police should consider disrupting or removing funding, and deny access to public facilities, the document added. [emphasis added]

They don’t necessarily have to withhold monies from radical lunatics who endanger the commonweal, they only have to cover their behinds by proving they “considered” such action. Oh, craven new world.

There are several better solutions. One would be to rent Alcatraz and put offenders there. The place isn’t being used anymore, and would make a fine residence for violent terrorists who do not wish England well.

Another solution was offered in January, but you can imagine how that went over:

British authorities are considering a proposal to implant “machine-readable” RFID tags under the skin of some prison inmates as part of a plan to free up space in the country’s overcrowded prisons. Just like the nightmare world described in your favorite cautionary tales, the chips would enable authorities to track the location of implantees using satellite and radio-wave technology. The program would build off the current ankle-tagging currently in place, and according to an official from the Ministry of Justice who finds the plan double-plus good, “All the options are on the table, and this is one we would like to pursue.”

Hey, if the Brits don’t want it, we could move the Gitmo prisoners to Alcatraz.

As one who has worked with groups of abusive spouses, I will offer an opinion on this hare-brained scheme: be sure to have a large life-insurance policy in place for each “therapist” or “counselor” you find who is dumb enough to work one-on-one with terrorists. At least their families will be protected. I wonder what an actuarial accountant would say the insurance premium ought to be for these intrepid souls.

A pox on Freud.

10 thoughts on “A Clockwork Union Jack”