Dymphna and I have written recently about the reasons why we’re not covering the American presidential primaries on our blog. Since every other sentient being in our solar system (not to mention quite a few from Alpha Centauri) is following the antics of Barack Obama twenty-four hours a day, why aren’t we doing the same thing?

Well, for one thing, other people are doing a better job than we ever could. We don’t have a TV, and if you want to cover hot political issues on your blog, a TV is a must-have item. Otherwise how do you know whom to ridicule and what to fisk? Those who keep three TVs on all the time — permanently tuned to CSPAN, CNN, and FOX News, respectively — are the ones who really know what’s going on.

So, for excellent election coverage, we recommend a visit to Gateway Pundit, Fausta, Atlas Shrugs, American Thinker, or NRO. For commentary (on the election or anything else), nobody beats Gagdad Bob. In addition, you can find new political discussions on PJM every day.

One blogger that you might not be familiar with has a listing of everything from Real Clear Politics to Pollster. Take a look at Hank’s Eclectic Meanderings. He plans to leave all the links to relevant data up on the top of his page until November.

But I’m going to leave Barack Hussein to his own devices, despite the fact that our blog has been reduced to maybe seven readers (six of them in Denmark) as a result of our neglect.

The discussion about all this has made me think about our mission here at Gates of Vienna.

We’re not in this for pleasure — it’s way too much work for that — and we sure as hell aren’t in it for the money.

We’re not aiming for increased traffic, obviously, or we’d be posting six or eight times a day about Obama and Hillary.

So what are we trying to do here, and why?
– – – – – – – – –
Dymphna and I could have kept our blog pure. We could have posted an essay every day or two, and left it at that. But instead we’ve chosen to open our space up and allow a bunch of strangers in to tromp all over our pristine floors with their muddy boots.

I’ve said before that this blog is a group effort, and it has become even more so in the last few months. We are blessed with a dedicated team of volunteer translators, a host of foreign correspondents, and innumerable tipsters who keep us informed about jihad-related issues all over the world. We can’t use more than a tenth of the material that comes our way, but we try to post as much as possible that is pertinent and not well-covered elsewhere in English.

More importantly, we’ve decided to maintain an open comments policy within the bounds of civility and temperance. The ferment of ideas, arguments, quotes, and links is absolutely essential for what we’re attempting to do.

As has been noted many times here and elsewhere, the most important part of the struggle against the Great Jihad is the information war. If this war could be won by the Marines and smart bombs, it would already be over.

And the heart of the information war is within the West itself. The Jihad is adept at exploiting our communication systems, and the information jihadis manipulate our media to their own advantage. But they couldn’t be successful without the passive (and sometimes active) assistance of the elite establishments in our various countries. Our elected leaders, the apparatchiks of our permanent bureaucracies, the administration and faculty of our universities, members of the media, and the nomenklatura of our chattering classes — all of these are riddled through with people who have for all practical purposes ceded the information battlefield to the mujahideen.

It is this internal struggle, the civil war within the communication systems of our culture, to which we are obliged to address ourselves.

To achieve success, there’s no point in looking for any heroes in this field.

No famous people will be of any help.

Most prominent writers and commentators, even sensible conservative ones, are entrenched in a system in which they will be required to pull their punches or risk losing their own livelihoods.

If we are to be successful, the solution will come from ordinary people who have discovered the issue and decided to do something about it. They are amateurs in the original sense of the word, engaged in the struggle for the love of it. They realize the importance of what’s happening, and have dedicated themselves to do their part in it.

The solution will not be devised by one person or organization; it will emerge distributively within an immense network that has arisen on the internet and in other means of electronic communication.

The best responses will be hammered out in the conversations of thousands of people on sites and forums, a huge community of mutual interest in which Gates of Vienna is just one minuscule contributor.

I’m optimistic about the outcome of our efforts because of the brains and talent being contributed to the task by ordinary people via the various remaining media of free communication. Our goal is to facilitate this process in our own small way for as long as possible. A crackdown on internet dissidence is all but inevitable, but until then the thousand flowers will bloom.

The winning strategies that emerge will not be the ones we expect. Many of the ideas that float around are disturbing and unappealing, but some of them may become part of the eventual solution — there’s no way to know in advance.

They’re like the recessive genes in our collective political organism. In normal times they are of no use; they are shunned or forbidden by the culture at large, and remain unexpressed. But when environmental circumstances change and the species is stressed, recessive traits that have a selective advantage will emerge to ensure the survival of our cultural DNA.

It reminds me of the story of the old redneck guy who fills the front yard of his house with all kinds of junk — car motors, tires, transmissions, fenders, bumpers, bathtubs, refrigerators, washing machines, broken power tools, and even the battered landing gear of an old Cessna airplane. One day his wife decides she’s had enough.

“Sweet land o’ Jesus, Mercer!” she says in exasperation. “It’s about time you got rid of some of that crap. You could at least take the damned lawnmower to the dump, since we ain’t got no more grass to mow anyway.”

“But I can’t get rid of any of that stuff, Beulah, honey,” he replies.

“Because I never know when I might need it.” 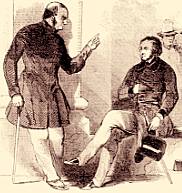 The arguments here will continue, and the suggested solutions — quarantine, expulsion, outlawing the Koran, arming a militia, boycotts, and many others — will seem repugnant to some people, acceptable to others, and an obvious necessity to a third group.

We don’t yet know what the necessary solution is.

We don’t yet know whether the necessary action can be taken lawfully. In some countries, such as Britain and Sweden, it seems unlikely that any meaningful resistance can emerge without widespread civil disobedience.

We don’t yet know whether the necessary changes can be achieved through mainly peaceful means. The governments of European countries and Canada — and some localities here in the USA — have disarmed their citizens while turning a blind eye towards violence committed against non-Muslims by Muslim immigrants. When governments cannot or will not protect their citizens, the people will be obliged to take steps to defend themselves, regardless of the law.

We don’t yet know whether the necessary steadfast resistance against Islamization can occur without civil insurrection. None of us advocates it, but before the struggle is over it may become a necessity:

…whenever any Form of Government becomes destructive of these ends, it is the Right of the People to alter or to abolish it, and to institute new Government, laying its foundation on such principles and organizing its powers in such form, as to them shall seem most likely to effect their Safety and Happiness.

Some combination of all these ideas will work, but we don’t know ahead of time what will be the most effective. As different approaches are tried, their effectiveness can be assessed, and the results fed back into the system through the network to generate yet more ideas.

The Danish cartoons, public demonstrations, visual propaganda, the push for legislation against sharia finance, insistence on rights for women, Geert Wilders’ film, Lars Vilks’ Art Project — all of these are being tried, and their effect will cause imitation or elaboration if they are successful. If they don’t work they’ll be discarded and something else will be tried.

The solutions are to be found right here, in the recessive genes of the culture. The recombinant DNA of the Counterjihad is being formed in a manner that is impossible for any individual within the system to comprehend or predict.

All we can do is endeavor to provide the means to nurture and strengthen the new forms that must eventually emerge.