Our expatriate Dutch correspondent H. Numan has translated an article from De Telegraaf, and follows it with his commentary. 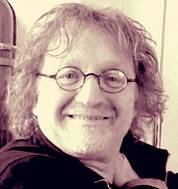 Television producer Harry de Winter placed a page-width advertisement on the front page of the left-wing newspaper Volkskrant [nicknamed the “Vinegar Messenger”, or the “Dutch Pravda” — translator] in which he accuses Wilders of racism. “If Wilders said the same thing about Jews (and the Old Testament) as he does about Muslims (and the Koran), he would have been sentenced long ago for anti-Semitism,” according the text of the advertisement.

De Winter placed the advertisement also on behalf of the foundations “The Initiatives” and “Another Jewish Sound”, both of which he co-founded.

In an interview elsewhere in the paper the television producer compares Wilders stand against Islam with the way the Nazis began their work towards the Holocaust. “Wilders states ‘the’ Muslims must be addressed and that the Koran is a fascistic book. That is how the prosecution of Jews started; by making matters more general”.

The host of Wintertime [his own program] calls for Jews to speak out against Wilders. “For me there isn’t any difference between a yarmulke or a burka. I hope to receive lots of support from Jewish circles. For we as no other can recognize ourselves in this affair.

“Muslims shouldn’t tolerate everything. The Muslim community should express itself more openly against terrorism.”

Well folks, it’s almost show time! Got the popcorn ready? Don’t bother heating it. There are plenty people willing pop your corn on the street.

Pop your corn over a burning Dutch or Danish flag in Afghanistan, for example. But do make sure you pop your corn on the real McCoy! Afghans aren’t known to be very bright (except only for a few seconds, when they blow themselves up), and last week they burned the flag of former Yugoslavia to express their anger over Mr. Wilders. Next time, if they’re REALLY mad, they might burn the flag of Paraguay or perhaps even Luxembourg…

Now the moment is getting close for the presentation of Fitna; knives are sharpened, the prime minister whines unceasingly, and left-wing “leaders” and “celebrities” are calling for the people to be as dhimmi as they themselves are.

First we had this Doekle Terpstra. He’d make mincemeat of Wilders! Wilders didn’t even bother to respond. Which was very wise, as within days this left-wing activist (Mr. Terpstra was a labor union leader) had to admit he… hmmmm… actually lied about the national support he had. Exit Doekle.

Now we have, as far as I can judge, an über-dhimmi. Someone who would be more than happy to collect thirty pieces of silver from whomever needs his services. Not just your ordinary everyday “the Mohammedans ain’t that bad” dhimmi. No, Mr. Judas Bloody Iscariot himself, no less. Mr. De Winter produces (a) TV program. That doesn’t necessarily mean to say he is a celebrity, even though he seems to think that. Nor does it say much about his (arrogated) intelligence. Most any dimwit can produce a TV show, and many do.

Mr. De Winter suffers a bit from wishful thinking: if Wilders…. yes, if pigs had wings, they might fly to Mecca and dive-bomb the black rock. Wilders doesn’t say anything about Jews, because there isn’t much to be said against Jews. Wilders realizes the Old Testament is between 2000-3500 years old, and written by semi-literate goatherds. And that the Israelis have matured somewhat in the last three millennia. They don’t do a whole lot of smiting anymore to please their Lord.

As opposed to Mohammedans who today behave exactly as the ancient Hebrews on the way to the Promised Land, killing and smiting everybody plus the dog and the pig on the way. Not only on the way to “their” promised land, but basically on the way to everybody else’s promised or inhabited lands. Which, incidentally, is ordered directly in the Koran, and that is the reason why Mr. Wilders (and many more) have a major problem with this fascistic book. Democracy and Islam are diametrical opposites of one another.

To make his advertisement a bit more interesting, he placed it on behalf of himself, himself (the foundation “The Initiatives”) and himself (the foundation “Another Jewish Sound”). Can one get any sillier than that? And where did he find the money for such a normally extremely expensive advertisement? In all likelihood the newspaper pulled a Doekle Terpstra: Terpstra also got a front page advertisement for next to nothing in the newspaper Trouw. I truly can’t imagine that the most left-wing newspaper currently in the Netherlands sells such a premium advertisement space for face value to a fellow comrade-in-arms, combating the evil Blond.

It seems the left is now really grabbing at straws: first indirect comparisons with Hitler, and now outright open comparisons with the Nazis. How silly can one get? If anyone is democratic, it is Wilders. If Mr. De Winter can’t see any difference between a yarmulke and a burka, well… he probably needs a new guide dog.

In Holland we say about chappies like this: Die? Die is gekker dan het paard van Christus, en dat was een ezel! “That one? He’s sillier than the horse of Christ, and that was an ass!