This is the big year for the European Union.

It’s the runup to the implementation of the Treaty of Lisbon, which will codify the permanent dictatorship of the Brussels bureaucracy over what is to become Eurabia. An accompanying propaganda blitz from the governments of Europe and their related quangos is attempting to soften up the subject populations of the European “provinces” and grease the skids for their acceptance of the new regime.

As Bat Ye’or said in her speech to Counterjihad Brussels 2007 (pdf format):

…the European Parliament and the Council of the European Union chose for the European Year of Intercultural Dialogue (2008) the themes of racism, xenophobia, asylum, immigration and multiculturalism. A multiplicity of programs on intercultural dialogue in numerous sectors was planed to combat exclusion, racism and xenophobia.

A constellation of these groups known as “The Alliance of Civilizations” is about to have its first forum in Madrid on January 15th.

This morning Exile directed my attention to the FIOE, the Federation of Islamic Organizations in Europe, which is undoubtedly a proud member of the alliance. Read the inclusive and tolerant boilerplate on their “About” page, and you’ll see how multiculturalism, bureaucratese, and Islam are all being stirred together into one big sleep-inducing soup.

FIOE’s slick website with its logo of the big hand holding onto the little hand conveys the a subliminal message: “Don’t worry about us! We’re just like you, only we wear funny clothes and pray five times a day!”

Yes, the mandarins of the EU would like you to believe that the Muslim immigrants and future overlords of Europe are just like you and me, regular people, ordinary citizens of the new stateless continent of Europe.

But they’re not. For a more nuanced and inclusive view of Islam in Europe, see the following article, which was posted yesterday at Snaphanen. Kepiblanc has kindly translated it from the Danish for Gates of Vienna.

A Declaration of War Against the People of Europe
by Kirsten Sarauw, theologian
01/11/2008 in Kristeligt Dagblad [Christian Daily] 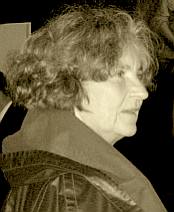 Last year in Vienna a conference was held about so-called Euroislam (pdf, German). Here the prominent Muslim delegates formulated a common strategic vision about a Europe dominated by Islam. At the event Mustafa Ceric, Grand Mufti of Bosnia, envisioned an “upcoming Islamic era which, modeled on Moorish Spain and Osmannic Southern Europe, will take over after Christendom”.

Among those present was the ubiquitous professor Tariq Ramadan. He advised that the more long-sighted intentions of Euroislam should remain hidden from the general public.

The conference was in agreement about the first and foremost goal, namely the introduction of religious Islamic jurisprudence (sharia) in Europe “in the beginning at least as a parallel system alongside national laws in European states”. As to the real meaning of sharia they all agreed to avoid publicity as far as possible.

One might wonder why the declarations from that conference did not attract wider attention than they actually did. Could it be that such forecasts for Islam are so far-fetched that nobody takes them seriously? Or could it be that forecasts such as this about Euroislam are so deviant from the wishful thinking of the otherwise so self-asserting cultural elites in Europe that they prefer to ignore what was really said?

The same could be said about the problematic professor Tariq Ramadan who proclaimed the most worrying statement: The real intentions of Euroislam must be concealed from the general public. Quite a harsh and frank statement, considering that he must anticipate being quoted in the media. But maybe he just cynically relies on the negligence of “the infidels”?

Although much embarrassing criticism has been published about Tariq Ramadan and his version of Euroislam, it hasn’t done much harm to his reputation as a modern and moderate European Muslim who sincerely wants to work for the peaceful integration of Muslims into Western societies. Tariq Ramadan continues to be a frequent and acknowledged guest at official conferences all over Europe, not least in the Nordic countries, where he lately has been used as an expert on countering the radicalization of Muslim youths, among other things. He is held in high esteem among young educated Danish Muslims.
– – – – – – – – –
Especially interesting in this respect is the influence of Tariq Ramadan within organizations such as “Critical Muslims” headed by Sherin Khankan and “Muslims in Dialogue” with high-profile Muslims like Mona Sheikh, Asmaa Abdol-Hamid and Abdul Wahid Pedersen.

Essentially Islam forbids Muslims to live in the lands of the infidels. The one and only valid exception to this is their public devotion to Allah and the prophet. In other words: mission, first and foremost Islamic confession, and visibility everywhere in society. Furthermore Tariq Ramadan suggests that the term “House of War”, the term traditionally assigned to regions of infidel influence, should be replaced by “House of Confession”, the better to describe that it’s more a question of mission rather than real war.

In this respect Tariq Ramadan differs a bit from militant Islam, at least in method, although not in the final outcome; both are all about Islamic dominance. Tariq Ramadan opposes the Muslim’s use of violence in Europe because in the long run violence might be devastating to the prospect of Euroislam. But Tariq Ramadan’s statements about Islamic violence are ambiguous, to say the least.

Qaradawi is one of the most influential Sunni-Muslim scholars in the Middle East and with a longstanding affiliation with the radical Islamic movement The Islamic Brotherhood, founded 1928 in Egypt by Tariq Ramadan’s grandfather, Hassan al-Banna. Besides that he is a prominent member of the European Council for Fatwa and Science, which aspires to be the authoritative judicial board for European Muslims. Qaradawi has claimed that the final goal of Islam is the dominance over Europe as well as America, achieved through mission, propaganda and influential lobby groups.

Qaradawi probably set his heavy fingerprint on a document called “The Project” presumably authored by Said Ramadan, Tariq Ramadan’s father, he too a central figure in The Brotherhood. “The Project” , dated 1982, outlines a long-term strategy (100 years), a detailed roadmap for Islamic infiltration and the final grab of power in Europe (and the USA), and accordingly is in compliance with the declarations from the conference in Vienna last spring.

The paper was discovered (November 2001) while ransacking a luxury villa in Switzerland owned by Yossef Nada, an old friend of the Ramadan family, an international leader of the Muslim Brotherhood and the financial director of the Al-Taqwa Bank, Lugano, which is believed to fund Islamic terrorism such as Al-Qaeda and Hamas.

According to Tariq Ramadan it is precisely this missionary endeavor which will enable the Muslims of Europe to regain their self-confidence, dignity and feeling of having a purpose in life, so regrettably absent for many young Muslims. Muslims must abandon their defensive positions and take part in public life as active citizens and let their Muslim voices be heard everywhere in national democracies in their fight for greater “justice”. It should be underscored, that by “justice” Tariq Ramadan invariably means “Islamic Justice”, in other words sharia, which is a divine judicial order of religion as well as social life. This kind of active participation is one of The Project’s very central strategies of infiltration.

Tariq Ramadan’s call for active citizenship, confession (mission) and political struggle for greater “Muslim Justice” has had tremendous impact on many young Danish Muslims who increasingly like to flash their religious affiliation in public.

When Asmaa Abdol-Hamid insists on wearing a headscarf in parliament it is just a test for political Islam on how far sharia can go. For radical Islam the headscarf is the symbol of sharia acceptance in its entirety, and it spreads out wherever the ideology of The Muslim Brotherhood gains ground. To control the women is a fundamental tenet of political Islam. It’s interesting to notice an article in The Project’s roadmap regarding the European left wing which must be exploited as a temporary stepping-stone and provisional ally in the struggle towards the final Islamization of the West. Concealment and denial of the final objective is specifically mentioned in this manual.

The original idea of Euroislam, invented by Bassam Tibi (former professor in Goettingen, Germany) stated that Islam in Europe should join the European democratic and cultural tradition and thus be forced into the necessary showdown with sharia as a political system. Tariq Ramadan and the Islamofascist brotherhood adopted that idea, but turned it upside down; now Euroislam is the vision of Islam’s religious and political dominance over Europe.

Wild fantasy? Maybe, but it’s not the first time a resolute fantasy has taken Europe by surprise. The new factor is that this vision of an Islamic takeover is now founded on a deluge in immigration unprecedented in the history of mankind, in numbers as well as in speed. In reality the conference in Vienna last spring is a Muslim declaration of war on the indigenous people of Europe. When will the responsible intellectuals and politicians of Europe see the writing on the wall? The doom of Europe might yet be prevented.

Hat tip for the Snaphanen post: LN. The photo of Kirsten Sarauw is © Steen.