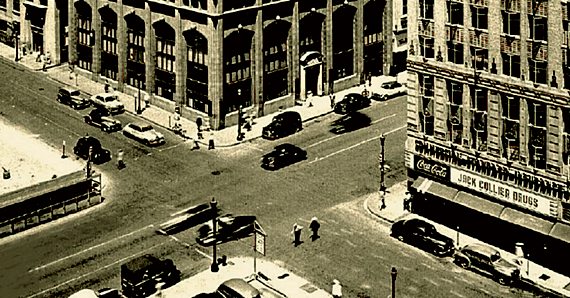 Is you is or is you ain’t my baby?

In which Dymphna free-associates down the page and those who’ve a mind to can follow along, creating their own discursive inner dialogue…

Now, I know y’all will find it hard to believe, but this is a fundraising post. This is the second day of our quarterly bleg here at gates of Vienna. It’s one of the octet of days in which we endeavor to raise enough money to see ourselves and this blog through another season on the calendar.

I’m going to wander off the road for a few minutes, but have no fear: I’ll be back here rattling the tin cup in your face before you can say “Jack Robinson.”

For some reason, on waking this morning I literally rolled out of bed with Nat King Cole’s version of this old (1944) standard playing in my head.

Perhaps it was Mark Spahn who first gave me the term for this strange phenomenon: ear worms. However, English appears to have taken it straight from the German term, Ohrwurm. That linked essay gives the words and meanings in other languages and provides a rationale for what is evidently a common experience. In other words, the experts have spoken… but notice how the French and Italian versions display their respective cultures in the terms they choose to employ for tunes stuck in your head.

However, my own experience with unbidden songs playing endlessly on repeat is not mentioned in that piece. And I’ll bet other people have come to understand, as I have, what those sudden songs are about for them. One thing is certain: this is no voluntary exercise. The chanson du jour simply arrives and goes into repetitive mode until I give in and take the time to process what my undermind insists needs attention. Usually it’s something thorny, but not always. When I can do so, reading about a given song’s origins allows even more clarity into the process. Whatever it is I’m deep down fretting about but don’t want to face, the angels of my better self grab my head and make me look. It’s either that or listen to the song tripping its way through my day, or week, or fortnight. So far the resolutions for these experiences have been spot on, at least from my internal standpoint. The good ending is: “Oh, so that’s what it’s about… hmmm.”

Earworms are akin to dreams in that both are unconscious bids for attention and settlement, and both use a template of some sort to clarify the botheration. In this case Nat King Cole’s fine rendition of “Is You Is” loosely parallels my worries about the future of Gates of Vienna. Cole brings a lightheartedness I need in order to loosen up enough to consider our options.

Thus my preoccupation with GoV’s future, and the more immediate issues such as this most belated quarterly fundraiser (so tardy are we that 2014 will end up with only three fundraising weeks instead of the usual four). To have gotten to mid-June and to be only now starting our second campaign is startling; I’m dismayed. Letting one of them lapse because so much was going on (believe me, even I don’t know all the details and time-consuming work that never appear on the website) means that by year’s end we will have shorted ourselves.

Obviously this is a wake-up call, but I don’t yet know fully what the call concerns. Not a good sign, but given the complexity of the situation it’s not possible to know fully the ramifications.

There is only one Baron. He is necessary but by himself obviously not sufficient to the smooth running of this improbable vehicle of information. As President Obama would say, “you didn’t build that”… and that’s the truth. While Da B is the aggregator and facilitator for information passing through the sally ports of Gates of Vienna, his widespread “team” of volunteers is what gives GoV its depth and breadth and reach. The Baron’s corrections and refinements of others’ material is often brilliantly seamless. Aside from his intelligence, we can thank the English education-system-that-was, once upon a time, for the way he was able to submerse himself into European history as if he were on an infinitely deeper A-Levels expedition.

To break the problem down into its constituent headaches, we have the immediate issue of the shortfall caused by our delay in holding the fundraiser in a timely manner. Because we dithered, because one small brush fire followed another, effectively disrupting things, we will have one fewer fundraisers for the year. That is a not insignificant drop in donations, and the reason we had to dip into our limited savings. In other words: our bad, with a light lagniappe of excuses.

But a larger problem, which has several complications,, is the fact that donations are not keeping up with inflation. Their bottom lines look fine — i.e., comparing year to year or quarter to quarter, we see an increase in the number of donors, which is heartening. We need the old stalwarts but we also need new blood, and that continues to be a hopeful part of the equation. But since many of the donations themselves are in smaller denominations than was the case a few years ago, it concerns us. Here in the US we (rightfully) blame our mal-administration in the White House for the poor economic showing of the last several years. However, even as much as President “I Won” Obama has created nightmares in America, Europeans have their own swollen EU super virus of bureaucrats sucking dry the average citizen and laying a pall over the future. The growing number of EU-skeptics is increasing, and that’s a good thing. It means people are paying attention, even if they have not yet acquired the words they need to discuss what is happening to them.

I perceive Gates of Vienna as being at a crossroads, but that might just be a symptom of my fretting rather than reality. Crossroads have always been transitional places, paradoxically centering and at the same time decision-making places. As an example of my concern, consider this: it had always been the case before 2014 that readers randomly sent donations throughout the interims in between our ‘official’ weeks of dunning our readers so we could keep the gates open. With a few welcome exceptions, there has been little donor activity during the in-betweens. Is it a reflection of the coming reality or are people not able to give? I know our “visitor” stats — our readership — have slowly increased, but new donors have not kept pace with new readers. By the way, this observation does not include our faithful subscribers, who donate monthly to The Cause.

Obviously, we keep on keeping on for the time being. We’ll look at options like ads (smallish bearable ads with no moving parts or bells and whistles). I’ve had to discontinue reading some places because the sites have those moving social media thingies that make it difficult to read an essay. So don’t worry, no tacky disruptive ads. And we’ll look at what kind of income those things generate. Methinks it’s not so great.

The process of discernment at the crossroads includes observing more closely what is occurring and deciding what our next move should be. We’ve all been through too much together to simply quit this… this calling, for lack of a better word. Ten years on, we are all wiser now. We know there is no quick fix, no magic ponies. (Don’t tell the liberals. They’re sure there’s an app for that.)

If any of y’all have burning ideas or small suggestions, we welcome them and each one will be considered. As you can imagine, we’ve been doing our own “considerations” for quite a while now.

Meanwhile, you’ll be happy to know we had a great first-day-of-the-fundraiser. The Baron is so pleased, even after having to leave things for some hours while he chauffeured me to the doctor. When I have a chance, I’ll tell you about my visit. We call my condition the “mystery disease” because it’s recurrent, usually resolves on its own, but has to be checked just in case it turns out to be the real deal — whatever that is — during one of the more severe exacerbations, when the pain leaves the final level of 10 and reaches for the stratosphere. For the moment, my internist has labelled it “possible severe intercostal strain”. In other words, she thinks I may have pulled a muscle on/near my ribs on the left upper quadrant. I have many, many stories about this mystery disease, dating back to the ’80s when I first visited a doctor because of the pain. Dr. Dymphna allowed as to how this could be a gall bladder problem. The doctor at the time said (with a smile), “Good diagnosis, wrong side. Your gall bladder is over here. Oh well, good try.

An even better “try” has been what y’all did while we were gone. Here are the people and places…

6 thoughts on “At The Crossroads”