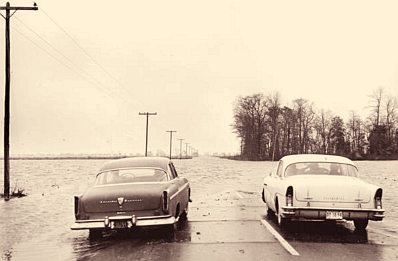 We’re focusing on “aftermaths” this week, and the biggest aftermath in the news these days is that of Hurricane Sandy, especially in New Jersey and New York.

The latest news bears some resemblance to our fund-raising effort, since it also involves begging for money. However, whereas we ask our readers to give up their nickels and dimes voluntarily, New York Governor Andrew Cuomo is heading to Washington to beg for more federal money — which normally has to be extracted from the American taxpayer against his will.

Fortunately for all of us, the federal government can just print the thirty or forty billion that Governor Cuomo requires, so, really, it’s no sweat.

The aftermath of Sandy is lingering past the time we might have expected. Now that the Lord and Savior of America has been reelected, shouldn’t he have been able to fix everything quicker than you can say “stimulus”?

So why is the power is still out at Ellis Island?

And why are people on Long Island still suffering from “Rockaway cough”? Can’t Hussein do the laying on of hands and cure that sort of thing? Or is he too busy laying his hands on their wallets?

If only we could pilfer one thousandth of one percent of the bacon that Mr. Cuomo is hoping to bring home, Dymphna and I would be set up for the rest of our natural-born lives.

Ah, well — such are the vagaries of high finance.

The aftermath of Sandy puts me in mind of another aftermath: the destruction wrought by the Ash Wednesday Storm of 1962. This was a nor’easter rather than a hurricane, but the effect on the coastline was much the same. Further inland we got two waves of snow, with sleet and freezing rain in between to knock the power out for a few days. The second batch of snow came with a cold front, and drifted — it was a nasty mess.

But the beach resorts had it far worse, particularly in the Delmarva Peninsula (Delaware-Maryland-Virginia; what we call “The Eastern Shore”). The nor’easter of March 6-8 was as bad as a hurricane, with high winds and strong tides that flooded beach towns and joined the bays with the ocean across the barrier islands.

It was the worst storm that had been seen in decades for Rehoboth Beach, Dewey Beach, Bethany Beach, Fenwick Island, and Ocean City. It ripped out the boardwalks, razed the seaside hotels and cottages, tore up the roads, and displaced thousands of people.

Worst of all — from a child’s perspective — it virtually destroyed the Delaware Dunes.

Unless you’re sixty or older, you probably don’t remember the Delaware Dunes. Our family went to the Eastern Shore every summer in those days, and I was ten years old the last time I saw the Dunes. To a child of that age they seemed magical — huge hills of sand, almost like mountains, with full-grown wind-twisted pines along the western slopes and the crests.

At the top of the dunes were big cylindrical concrete observation towers that had been built during the war. They had barbed wire around them and “keep out” signs, but a determined kid could climb the dunes and make his way inside to look out over the Atlantic just like the Coast Guard guys had done in 1942, watching for German submarines.

Those were real, natural dunes. I don’t know how many decades it took for the wind to build them up, but it only took two days to wipe them out. A few of the concrete wartime installations can still be seen up at Cape Henlopen, where they were protected from the worst of the storm, but most of the others went missing. Almost all the dunes that can now be seen on the Delaware coast have been bulldozed into place — the original Delaware Dunes are gone. There are no more wind-twisted pines against the skyline on that long drive from Ocean City to Rehoboth.

Up until 1962, our family liked to stay at a particular hotel on the boardwalk in Bethany Beach. It was a huge old rambling clapboard structure, with winding corridors and several sets of stairs and a big veranda in the front — everything a kid could want.

It was an old-fashioned place. The dining room was in what seemed to be the basement — although actually just the floor below the boardwalk — and a bell would ring at 5:30 to call the residents down to dinner. That was the time when you had to eat, and there was no menu — dinner might offer three choices of a main course, with sides and dessert.

Running the length of the front, facing the veranda, was a spacious lobby. It had arm chairs and sofas and tables with jigsaw puzzles. In the evenings, or on rainy days, I would sit there and work one of the puzzles with my old man.

A few days after the storm left the area on March 8, when the TV had come back on and the newspaper had been delivered, my parents pored over the aerial photographs of Bethany Beach to see what might have become of our beloved hotel. It was hard to tell from the pictures — Bethany was pretty much wiped out — but it looked like there was nothing but wreckage at the end of the street where it had been.

Sure enough, when we drove down there the following summer, there was nothing at the end of that road but a brand new unweathered boardwalk and the beach. Almost all of those old clapboard hotels were gone.

The same was true all up and down the coast. And, since the age of the old-style family residential hotel had all but passed, no more of them were built. A few years later the concrete monstrosities started to appear in Ocean City and Rehoboth, and now you can drive from Assateague to the Lewes-Cape May ferry and see almost nothing but highrises and time-shares all the way up.

In a way, the aftermath of the Great Storm of ’62 has never ended for the ten-year-old who still lives inside me. The sight of the setting sun on the western slopes of those massive hills of native sand is something I’ll never see again. I’ll never get another chance to climb those dunes and try to wriggle into the slot of one of the concrete towers.

Bitter nostalgia — the longing for what is gone and will not return — is one of the privileges of old age.

Call it the aftermath of youth.

Yesterday’s generosity poured in from the following locations:

Our deepest gratitude goes out to those who chose to contribute.

2 thoughts on “Time and Tide”