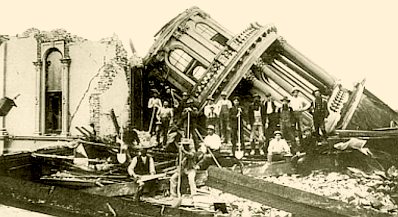 It’s Day Four of our Autumn Quarterly Fundraiser. I was feeling rather down about the level of donations during the first part of our bleg; things were slower than usual and I wondered if post-election depression had set in. Were our readers truly bummed by Obama’s re-election? Had they finally thrown in the towel, essentially saying “what the hell; my efforts make no difference?”

Then the Baron wrote his begging post yesterday and things picked up today. I am most heartened by those who read his words and responded so promptly; y’all provided a real boost when he needed it. Not that we’re yet at our usual quarterly level we need to survive, but it looks a lot more hopeful than it did when he wrote his piece early yesterday morning.

Here’s the main problem from my point of view: Gates of Vienna is the Baron’s central reason for getting up in the morning. It is his child, his present and his future; in it is contained his intense hope that Gates of Vienna’s contribution to the larger effort to salvage our culture will make a difference. No, we do NOT work alone, nor would we ever want to do that. How sad that would be, to feel that Gates of Vienna was just about him.

There are so many people streaming through the Gates from all over the world! This phenomenon never fails to amaze and to move me: that each year the numbers of knowledge-brokers who show up, information in hand and ready to share, increases so remarkably. Yet I also can’t help but notice the price he pays, the toll it is taking on the Baron over time.

My favorite philosopher said that the worst thing about poverty is the way it limits your choices. In this case, the lack of funding he’d need simply to hire an assistant, someone who would be the first filter for the mountains of emails and information that comes over the transom in order to get it in shape more quickly so that it could be disseminated that much faster. Alas, that’s not going to happen. We are not independently wealthy, nor are we ever likely to be funded by wealthy groups, given our outspoken views on cultural issues. Of necessity, we remain dependent on our donors to keep the lights on.

So we are fortunate that the Baron has a talent for organizing information, not to mention the many streamlining tricks and shortcuts he’s developed in order to continue this as a one-person operation. It has gotten to the point, though, that sometimes now he has to turn down requests, or asks those who would contribute their ideas to wait in line while he deals with what is in front of him. It can be a long wait. Some things simply fall through the cracks, but it can’t be helped. He already works seven days a week never less than twelve hours a day, and often more. If he didn’t have that stamina, or if he didn’t have the skill for creating shortcuts and workarounds, or if he didn’t believe deeply in what he does, Gates of Vienna wouldn’t be able to maintain the output it does with the consistency that it does.

When you donate money to keep this project going, you are energizing him and you’re building on the certainty he has that what he’s doing is exactly what he should be doing. Most important, you are pushing back against a determined enemy who would like to shut us (and other Counterjihadists) down permanently.

I asked for the theme we’re using for our Autumn Fundraiser: the Aftermath. Among other things, I wanted to focus on the disaster of the recent presidential campaign and its likely effects on conservatism in this country. Not Republican office holders but conservative citizens who care deeply about preserving what is left of our Constitution.

Like many conservatives who voted for Mitt Romney, I did so only because I wasn’t given another choice. I swore that if he lost — and given his utterly inept campaign, I didn’t think he deserved to win — then I would be joining the millions of other frustrated, angry people on the right who are sick unto death of the current Republican Party. Along with them, I would find some other way to eject from power the malignant socialist juggernaut bent on smashing our republic.

Bill Whittle spoke recently to a group gathered for David Horowitz’ Restoration Weekend. What he had to say aligns exactly with the feelings of many of us who watched Mitt Romney fumble repeatedly, as though he were bent on losing. I love this fantasy of Whittle’s — what a conservative president, would say were he in charge:

This was not Romney’s fantasy nor his reality. Our recent GOP nominee was simply another big government RINO. The only difference between Romney and most politicians is that he is a man of deep integrity and character. No matter how hard the Democrats and the media searched, there was no dirt to be found on the man; he led a spotless life. Unfortunately his sterling character didn’t make him a competent presidential candidate. Which is not to say he didn’t talk the talk it took to get the nomination. Sterling? Yes. Perfect? Heavens, no!

IN NO WAY DID ROMNEY REPRESENT THE RIGHT. He was simply a mouthpiece for the Beltway GOP in-crowd, and you’d be hard put to tell them from the Democrat in-crowd. Opportunists all. That’s why Romney ran away from any issue that touched on conservative cultural values. He passed up dozens of opportunities to speak to the issues that concern the electorate and stuck to his chorus of financial issues.

As Richard Faulknor put it in his essay about this post-Romney world [emphases are his]:

Time is fast running out for us — as conservatives — to come to terms with our relationship with the Republican Party which is an increasingly abusive partner for us.

Conservatives, we hasten to add, are those citizens who support our ancient constitutional liberties; free markets (as opposed to business-friendly government deals); low taxes and only essential regulation; our national sovereignty; a strong national defense; and a color-blind (but not culture-blind) America. Conservatives understand our freedom can only endure if our society draws its strength from our Judaeo-Christian heritage, and that new generations of our students must learn that cultural heritage as well as our founding constitutional principles.

But these concerns seem light years from the priorities of most of the Beltway GOP.

Whether that tight circle is using the Romney defeat as an excuse for amnesty for illegals, or whether some GOP senators, with their keen appetite for public theater and with the help of some supposed GOP-friendly media, are denouncing the no-new-taxes pledge — that circle seems quite content with the prospect of an expanding government.

One can see how they try to eke out Washington, D. C. ‘respectability’ through crumbs of approval from the Government Class and its compliant media. One unanswered question, of course, is whether the Beltway GOP would be pursing the same course with Mr. Romney’s blessing were he the president elect today.

Conservatives across America are angry. The statist, socialist Democrat Party and the public sector unions from California to New York are hell-bent on bankrupting the public coffers and walking away with the money. The poor? Who cares? They don’t vote anyway.

In America, we have elections every two years. This next Congressional tryout, in 2014, will be a good indicator for what’s in store in 2016. But more importantly, it’s a chance for the Tea Party to go to work on the local level, cutting the cords to the Beltway GOP. There is enough time to do this, and it appears there is enough energy. It depends on the extent to which people allow themselves to be distracted by the scandals in Washington. Those are going to continue unabated as long as Obama is in office. So far, the scandals he’s created have worked well for him, even as they prove his venality and mendacity. Nope, he doesn’t have Romney’s sterling character and he never will. But then he doesn’t have to. As he famously said, “I won”.

I leave you with a blast from the past someone reminded me of today: a post from November 2008, as the world was getting used to the idea of Obama. That post generated a lot of interest — almost a hundred comments back then. Here’s one:

Opposition is a time for statesmanship. It is a time for visionary thinking. It is a time to consider what we want the future to become, knowing that we are unencumbered by any responsibility for the present. The present may belong to Obama, but the future belongs those who oppose his presidency. Let’s make sure the post-Obama era becomes something we can be proud of.

Sounds ironic four years later, doesn’t it? But it remains true. The pushback against Obama’s signature bills has been fierce. ObamaCare will end up a mangled version of his original intent. Cap ’n’ Tax failed too, but he and his EPA have figured workarounds for that. So he pushes us further into poverty for the moment, just as Australia is being mauled down that same road. But both of us can fight our way back to sanity.

And I remain confident that we will. The question is, if you weren’t happy with the results of this election, what are you personally, going to do about it?

I’ll be telling you of some of our plans in the near future. Plans close to home…and I’ll be asking our American conservative readers to chime in with their own ideas.

You’ll be seeing more of Bill Whittle, et al, as he lines up speaking engagements with Tea Party groups. You’ll also hear about ACT! For America and Brigitte Gabriel’s plans for organizing her groups.

There is a lot to be done and there are people to do the work if they are willing to take the risk while risk is still possible.

Yesterday’s donations came in from the following places:

6 thoughts on “Starting to Clear Away the Mess”