Elisabeth Sabaditsch-Wolff has been interviewed as part of a series that will appear next month at the World Truth Summit site. She sends this note about it:

I recently had the good fortune to be interviewed by Elsa Schieder for her interview series “Understanding Islam, Understanding the West”. The interview will be published in the first week of November, during what Elsa calls “The International Week”.

Suffice it to say that she and I had a very interesting talk, one that took us back to my childhood in Iran and how my thinking about Islam was influenced by the Islamic revolution of 1979. We also discussed the my discovery of Aisha’s “marriage” to Mohammed — which did not yet jump-start my quest for knowledge; that had to wait until later — and how it came about that I would devote most of my day to explaining the dangers of Islamic doctrine to those willing to listen.

In addition, I talked about why, in the wake of so many obstacles, I have not given up or stopped.

I am humbled to be part of such a prestigious and brave group of warriors devoted to the protection of freedom of speech, freedom of conscience, of women’s rights, of equality, yes, even the freedom to reject Sharia law in our societies.

Below are excerpts from a press release about the October interviews that was sent out by ACT for Canada. 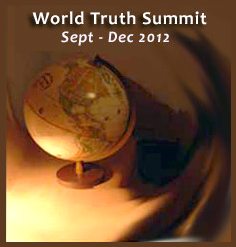 Her questions: Who are the people exploring Islam and daring to speak out? What are their major findings? And what do they find are the most effective strategies against Islamism?

Elsa is calling it a truth summit, because among the first truths to be hidden is who we are as people. Instead, we’re often called names — paranoid racist Islamophobic bigot. But who are we? She has met caring, intelligent, courageous people — including, interviewed in September, Bill Warner, Pamela Geller , Raheel Raza , Mark Durie, and Fred Litwin.