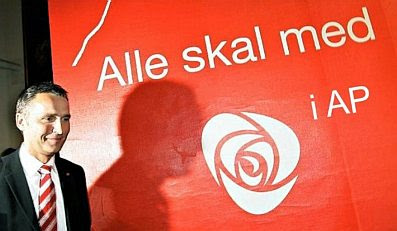 This excellent op-ed was published in today’s Aftenposten. It was written by Christian Tybring Gjedde, an MP for Fremskrittspartiet (the Progress Party).

Many thanks to our Norwegian correspondent The Observer for the translation:

People do not accept that our social democracy should close its eyes to the ongoing battle against our liberal values, a battle that has the potential to destabilize our society.

Stoltenberg’s account in Parliament of the failure of the emergency services on July 22 was in reality a unadulterated admission that social democratic perception of reality has created a management culture that is unable to cope with new and complex social challenges. It’s about more than just anti-terror preparedness; it’s also about value preparedness.

During the last few decades we have witnessed a virtually dogmatic belief in social democratic solutions, which among other things have given rise to an almost limitless fascination with new cultural variations in our society. The fascination has been so strong that even cultural manifestations that violate our values have either been described as enrichment — without the enrichment value being explained or documented — or alternatively explained or excused.

Social Democratic cultural relativism and the naïve belief that “everybody shall be included” [alle skal med] has resulted in the authorities turning a blind eye to morally reprehensible and even criminal cultural practices and enabled such practices to flourish. The latest moral blunder comes from the Ministry of Defence which earlier this summer decided to allow the hijab, turban and kippah to be worn with soldiers’ uniforms — and exempt the question from open political debate. This is a sign of management, arrogance and value-capitulation.

Minister of Defence Espen Barth Eide and the Labour Party apparently believe that it is okay for Norwegian female soldiers to show that they are legitimately submissive to men and give the green light to the most prominent religious political symbol in Norway and the world today, the hijab, to be a integral part among those who are tasked with defending our country. It is hard to believe: Our military is going to promote totalitarian Islamism!

Our Christian humanist tradition makes it difficult for us to ban the practice of different cultural, religious and political manifestations. Such a step could easily be construed as a violation of the rule of law. In other words, we would then violate the very principles we strive to protect. The challenges that Norway faces, however, extend beyond this. Social Democrats are not even willing to admit that the new society they have created has given rise to people who openly show contempt for the equal and inclusive society. They claim that it will work itself out through dialogue and integration.

The idea is that no one in their right mind can see principles such as freedom of opinion, freedom of thought, freedom of expression and equality as an attack on native cultures or religions. That is a natural conclusion. However, it is sadly mistaken. The number of people who feel this way is not miniscule and on the decrease, but rather the contrary. The number is increasing rapidly, not only in Norway, but throughout Europe. And the covering of female hair and skin is essential in ensuring Islamic purity and identity, and preferably also a beard at least a fist long for the man. The value alarm bells should have gone off a long time ago; nevertheless silence dominates.

We have to deal with reality, not how we wish things were or hope that they might be, but as they actually are. And we have to exercise our policies accordingly. We have to admit that it is going to be impossible to develop our harmonious welfare society further if large groups of people do not accept the premise of how knowledge and welfare is generated. All who are able must contribute, each in his own way, and we all have to accept that we live in a secular constitutional state founded on humanistic libertarian values.

This brings me back to square one, and that is that social democracy is unable to cope with new and complex social challenges. Not because it doesn’t want to, but because social democracy is based on principles that cannot be reconciled with those challenges that social democracy itself has created. In the 1960s the Labour party urged people to do their duty, and then to demand their rights. And we did, pretty much everyone. The Labour Party however, was lacking answers when the duty aspect gradually disappeared while the demands started to increase. The party had in fact taken the division of labour between the people and themselves for granted. We have heard that the lack of preparedness is not due to a lack of money. This is of course true. In his account to the Parliament the Prime Minister cited the Gjørv Commission’s conclusions, which emphasized that the lack of response is due to basic attitudes and culture. This bred a culture of insufficient risk-assessment and preparedness.

Obviously no government can be expected to have the means to be able to prevent every terrorist attack. At the same time it is important to emphasize that the responsibility for the cruel actions on July 22 last year belongs only with the perpetrator. What we are discussing now is to what extent the government had implemented the necessary precautions, whether parliamentary directives were followed up, how the coordination between the various agencies functioned and whether safety equipment was tested, how often exercise drills took place, and how the lines of command worked. These are factors that the Parliamentary Scrutiny and Constitutional Committee will look into in greater detail.

For the majority of the postwar period, Norway has been governed by Labour Party-led governments. The Labour Party has therefore been instrumental in most of the reforms which have been introduced in the country over the past 50 years. It places a special responsibility on the Party for the development of society. I maintain that time has run out for the labour party. People no longer accept that religious fanaticism, terrorism and extreme violence should be met with dialogue, understanding, innocence, forgiveness, low penalties, new chances, and explanations of poor upbringing.

People do not accept that our social democracy should turn a blind eye to the ongoing battle against our liberal values, a match that has the potential to destabilize our society.

4 thoughts on “The Failure of Social Democracy in Norway”