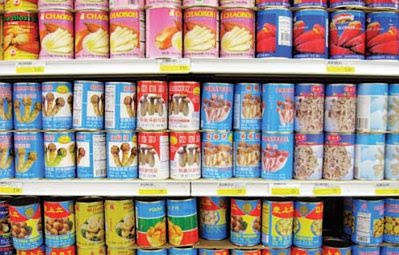 
We’ve had the usual diversity of donors so far in this quarter’s fundraiser. Australians are disproportionately represented among the people who have clinked the tip cup, which is also normal. Do you think this is evidence of discrimination? Should I file a complaint with a human rights agency? If so, in which country?

Hmm… Maybe at the UN…

What I really go for is a diversity of food. Indian food is my favorite, but I can partake of various other “ethnic” cuisines with gusto. Not necessarily pickled herring and snaps, but a lot of the others. Especially the spicy ones.

Ethnic food is one of the main arguments flung at anyone who has reservations about mass immigration. “Aha, so you like your takeaway kebab, but you don’t like the Asians, eh? You hypocrite!” By that logic, native Brits should confine themselves to bangers and mash, and Americans to fried chicken and potato salad, if they aren’t willing to embrace the full Multicultural monty in all its gorgeous rainbow mosaic of inclusive diversity.

Really, though — how many members of any ethnic group does a major city require in order to have a sufficiency of restaurants offering that group’s fare? We hardly have any Chinese immigrants in our area, but almost every small town has a Chinese takeout, and medium-sized towns often have a dozen apiece. We could keep our annual immigration quotas at a tiny fraction of the current level and still have plenty of ethnic food.

No, the restaurants, like the cultural festivals and inter-communal outreach programs, are a feel-good gloss over the deliberate mass importation into Western countries of a replacement population. All the rest of the foofaraw is just a propaganda smokescreen.

In any big American city major chain supermarkets carry a wide range of ethnic food, catering to the immigrant groups that form part of their customer base. The selection is usually sparser in rural areas, and here in the Outer Boondocks of Central Virginia that means that the only ethnic food section with more than a token representation is the Mexican one.

All the Food Lion stores in our area stock a fairly decent variety of Mexican groceries. The selection tends to be on the cheap end of the scale, due to the peasant background of agricultural workers who make up the local Mexican population. But it’s the real stuff, and quite a bit of it is imported, in contrast to the Chinese section, which contains a lot of mass-produced American imitations of Chinese food.

I often see Mexicans in the local supermarkets. Late in the afternoon there may be three or four young men, obviously part of a work crew just knocking off from a farm or highway project. At other times it may be an entire family, mom, dad, and kids.

They speak Spanish among themselves, and sometimes the only one in the group who can speak English becomes the designated spokesman to interact with the cashier. Around here there aren’t enough of them to warrant the hiring of Spanish-speaking staff to do customer service.

These are generally working people, rather than welfare clients — although I suspect a lot of them get WIC — and not at all scary or threatening. But they’re not Americans, and the spreading of them all over the country in such large numbers over the past half-century seems a major betrayal of trust by our political leaders.

I suppose that makes me a “racist”, a “xenophobe”, and a “bigot”. And not very tolerant of diversity, either.

I don’t know how all this will end up, so I may as well just wander back to the dinner table and celebrate the diversity of lamb rogan josh with mango pickle and garlic naan. And maybe a bottle of Stella to wash it down.

A diversity of donors checked in yesterday from the following places:

I can’t begin to express my thanks for your contributions to this endeavor. Your willingness to support our blog is deeply gratifying.

Note: Dymphna was down with the “vapors” for a good part of yesterday. She’s the one tasked with writing most of the thank-you notes, so if you haven’t gotten yours yet, that’s partly the cause of it. Maybe a good night’s sleep will set her right.

One thought on “A Diverse Palate”