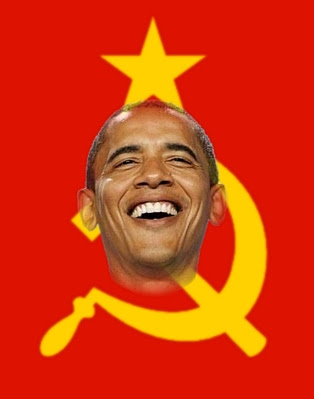 For the past three years, as America has become increasingly Sovietized, Dymphna and I have been predicting the emergence of Soviet-style underground humor among the common people of our country. Now it has finally happened — today we heard our first identifiably samizdat joke.

I’ll get to the joke in a minute. First, however, a detour into Russian humor is in order, given that the jokes of the Soviet era are now largely consigned to the history books. When I was young, a “Russian joke” was usually the funniest thing I had heard in a long time. As the regime that inspired them faded into the past, they lost their punch, and now only seem funny to those who remember their original context.

Normal political opposition was impossible in the USSR. Dissent tended to emerge in samizdat — contraband political writings lovingly copied and passed from hand to hand — or through privately told jokes. Russians are an intelligent and witty people, so the jokes of the Soviet period were darkly funny indeed.

The most famous Soviet joke was probably this one-liner:

The Soviet economy in a nutshell!

A longer example, and one of the best jokes I’ve ever heard:

It seems that Stalin, Khrushchev, and Brezhnev were riding on a train. Suddenly, out in the middle of nowhere, the train inexplicably stopped.

After a few minutes of fidgeting, Stalin stood up and left the compartment. He returned after a while and said, “Problem is solved. Engineer has been shot.”

Still the train did not move. After a few more minutes, Khrushchev stood up and left the compartment. When he returned, he said, “Problem is solved. Engineer has been posthumously rehabilitated.”

And still the train did not move. Finally Brezhnev stood up, pulled down the window shade, and said, “Problem is solved. Train is moving.”

Come to think of it, that joke could be recycled here in the People’s Republic of America. Just replace the troika with Bernanke, Geithner, and Obama… Yep, the train is moving!

But now for the first real American samizdat joke I’ve heard since the dawn of the Forward! era:

A black guy,
An illegal alien,
A Muslim,
And a Communist
Walk into a bar.

There you go — all the things you can’t say about our president without risking your livelihood or your bodily integrity, condensed into a single pithy moment of hilarity. The dissidents of Leningrad would be proud of us!

Strictly speaking, though, our system isn’t really Soviet-style, not yet. The power of the federal government isn’t generally brought to bear against ordinary citizens who dare to criticize the regime.

However, outspoken critics do get beaten up by union thugs from time to time. And a politically incorrect opinion uttered carelessly in the workplace may cost an employee her job, especially if she works for federal, state, or local government. Or for a private corporation that contributes generously to the DNC.

The repression is informal and still mostly unofficial, but it is very real.

Just think about how you’ll retell this joke to your friends. You’ll pick your audience carefully, making sure that it includes no Obamatrons. If you repeat it at work or in public, you’ll look over both shoulders beforehand, ensuring that only the intended listener can hear what you’re about to say.

And remember: the microphone is usually in the flower arrangement or the light fixture.

One more Soviet joke. I can’t help myself — I have dozens of them:

A flock of ducks is trying desperately to get across the border into Finland, but the Finnish border guards won’t let them through.

“Please let us in!” cries the head duck. “The KGB are rounding up all the sheep!”