Following on the Leicester Tiger’s take on yesterday’s by-election in Bradford West, Paul Weston examines the larger context of George Galloway’s victory, and what it means for the future of British politics.

George Galloway has won the seat of Bradford West, much to the apparent shock of the sixth-form student unionists masquerading as adult Labour politicians.

This must make Mr Andrew Neather feel a tad foolish. His proud boast that by importing the Third World Labour would “rub the noses of the right in diversity” appears to have backfired pretty spectacularly. 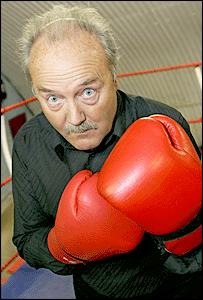 But Labour have a misguided right to feel shocked. One of the reasons for transforming Britain into a divisive multi-racial country was to ensure Labour’s rule in perpetuity. In the 2010 general election the Conservatives won only 16% of the ethnic vote, whilst Labour won the support of 72% of Bangladeshis, 78% of Afro-Caribbeans and 87% of Africans.

Labour have long pandered to the Muslim vote, for obvious reasons. Muslims wield far more electoral influence than other groups, because they vote who they are told to vote for by the local imam. Jack Straw, for example, was utterly dependent on the Islamic bloc vote in Blackburn, hence his uniformly anti-English sentiment.

But the sheer vacuous stupidity of Labour politicians and their complete inability to absorb the reality of Islam means the Galloway success is only just the beginning. Ken Livingstone will run for Mayor of London on a pro-Islam ticket. Lutfur Rahman, a Muslim with links to hard-line Islamists, is already mayor of Tower Hamlets. 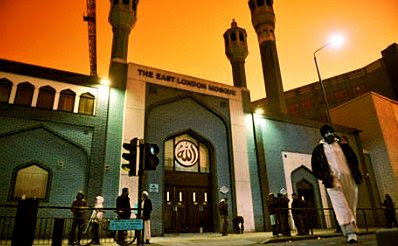 Contrary to the wishful thinking of Labour’s traitor class, Muslims will not vote for them once they become demographically large enough to vote for one of their own — or even for fanatically grovelling Islamic apologists such as the infidel Galloway. So if the Muslim demographic continues to double every decade — as it has since 1960 — then the future of British politics (and Britain) can only become increasingly Islamic.

Galloway’s election spiel had little to do with Britain or the British; he pandered only to the Muslims, even invoking Pakistan and Kashmir in a letter beginning with “A Salaam o Aleukum”. Some snippets follow:

God knows who is a Muslim. And he knows who is not….let me point out to the Muslims brothers and sisters what I stand for…..I, George Galloway, do not drink alcohol and never have… I, George Galloway have fought for Muslims at home and abroad, all of my life….what has the Labour candidate ever done for Bradford let alone Pakistan and Kashmir?… etc etc.

Muslims vote on tribal/religious lines. As their numbers swell to six million, twelve million, twenty-four million over the next few decades, so Britain will cease to resemble the cohesive liberal democracy our ancestors fought to preserve.

We have already seen widespread Muslim electoral fraud, courtesy of the postal vote. Out of a turnout of only some 30,000 in the Bradford West by-election, 33% of votes cast were by postal ballot. And this comes on top of Baroness Warsi’s claim that the last general election was swayed by Muslim postal vote fraud.

So there goes the democratic representation of Great Britain. Certain constituencies now revolve only around the Islamic faith and the internal squabbles of countries far away. Why is the Kashmir question relevant to the non-Muslims of Bradford?

I can only hope that I live to see the day when our present political class is held accountable for the betrayal of their country and their own people.