Hanne Nabintu Herland, the Norwegian historian of religion and author of the 2010 bestseller Alarm! Tanker om en kultur i krise (“Alarm! Reflections on a culture in crisis”), has guest-posted at Gates of Vienna in the past.

The article below, which quotes from Ms. Herland’s new book, was published today in Aftenposten. It has been kindly translated by our Norwegian correspondent The Observer.

Even though I don’t agree with everything the author has to say, I still believe that she makes some valid points. She really hits the nail on the head when she’s talking about the official “forced consensus mentality” that exists in Norway, which the “proletariat” have to accept or risk ridicule. 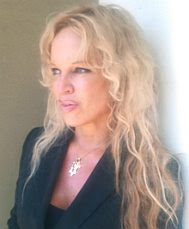 Hanne Nabintu Herland was 19 years old when she moved to Norway. In her new book, Respect — an autobiographical narrative, she describes her own encounter with Norwegian mediocrity, laziness and rudeness.

“Multiculturalism in Norway asserts that all cultures are equal and that Norwegian culture does not deserve a special status,” the religious historian and author says.

“To be opposed to Multiculturalism means respecting other countries’ sovereignty and their right to define their own values, and at the same time make sure that these rights are also given to Europeans,” Herland says.

She would prefer a multi-ethnic society without Multiculturalism where Norwegian values take precedence.

In her new book Herland writes that what is so often referred to as “the best country in the world” is in fact a country that is about to crumble under socialist mismanagement and a strict uniformity of public discourse.

The author describes Norway as a society where schools, roads and health care are deteriorating at a rapid pace, a place of uncontrolled crime, with systematic laziness lubricated by oil billions to prop up the welfare system.

As an antidote to this she advocates the reintroduction of old bourgeois values such as courtesy and refinement, duty, responsibility, restraint and discipline. And, more importantly, everyone should be held to an equal standard.

“We have a tendency to automatically feel pity for those with dark skin and those who aren’t born and raised in Norway. It is a kind of socialist racism that dictates that we feel sorry for others. This is a mentality that has taken roots in Norway. This structural racism permeates the Norwegian public sphere and has resulted in entire generations of intelligent, competent, multi-lingual non-Westerners being pushed into a permanent subclass,” she says.

“‘Oh poor you, are you a foreigner? Then we’ll have to put you on the dole.’ It is a misunderstood kindness which reflects a top-down thinking that I reacted strongly to when I first came to this country. In Norway it’s not permitted to talk as sternly to an African as it is to a Norwegian. We have become so tolerant that we accept behavior from many non-Westerners that we would never tolerate from Norwegians,” Herland says, who grew up in Africa herself and moved to Norway when she was 19.

To exemplify this “Norwegian racism” she mentions the many assault rapes and the official statistics showing that the perpetrators are non-Westerners.

“Even so no one dares to address the problem of foreign criminals honestly, for fear of being labeled a racist.”

She also highlights the controversial “mokkamann” episode during the Spellemannsprisen show [Norwegian version of the Grammy Awards].

Herland believes the moral condemnation caused by this episode, when compared with how Madcon [a culturally enriched group] were able to hurl racial epithets such a “pale-fart” and obscenities describing female genitalia without any consequences, is the clearest example in a long time of ‘Norwegian racism’.

“We are not talking to each others as equals. One of the elements fueling the growing extremism among Muslims today is an underclass mentality and a sense of hopelessness in the face of the Norwegian top-down attitude. I can understand that there is a suppressed rage among those who have grown up with our race-oriented integration policies, which deprive rather than steer individuals towards employment,” the author says.

“Murmuring in their homes”

She also believes that the same mechanisms fanning the embers within the Muslim community may be found among the Norwegian population.

“We don’t want the growing resentment towards non-Westerners, but Norwegians are murmuring to themselves and the resentment keeps growing stronger day by day. People are upset with politicians who chose not to clamp down on non-Western criminals. We need more justice in Norway, and this justice needs to be based on a greater respect for differences.”

In her book Herland claims that an impenetrable Norwegian consensus discourse is a big part of the problem:

“I have written this book in an attempt to open up the public discourse to more diversity. I want us to have more headroom in Norway. We should be allowed to think untraditionally without immediately being the target of the typical Norwegian bullying technique, where the aim is to ridicule, be unfair and rude to the person who breaks the pattern of the socialist group pressure.”

3 thoughts on “Multicultural Consensus Through Bullying”