The latest immigration controversy in the Netherlands concerns the denial of asylum for Mauro Manuel, a young African man who entered the country years ago as an unaccompanied child.

Our Dutch correspondent H. Numan sends this summary and analysis of Mauro’s story:

The socialist opposition isn’t finished by a long shot. Right now they are working on a pity offensive. With some good results: 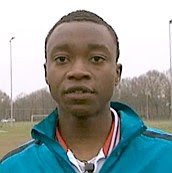 There is a boy named Mauro, from Angola. He was dumped on a plane by his mother (father unknown) ten years ago and ended up in The Netherlands. He was ten at the time. Now he is eighteen. He couldn’t be immediately deported, so he was placed with foster parents. While procedures were taking place.

As you can understand, right now they have changed their tune and this poor boy cannot be deported, on humanitarians grounds. The problem is that there are 4,500 more Mauros waiting to be extradited, too.

The immigration minister in charge is Gerd Leers, a Christian Democrat (CDA). He wants and is going to give Mauro a one-way plane ticket. But right now his party is in severe trouble. They hold about fifteen seats in parliament. Two members intensely hate Geert Wilders and the PVV’s support of the coalition, and do everything possible to get rid of it. They are, of course, very vocal in wanting Mauro to stay.

Most of the party sort of agrees, but don’t quite realize it is not just one person, not simply the boy Mauro. There are 4,500 more waiting to be legalized. And that would never fly. The government would be terminated immediately if that were to happen. Which is exactly what those two want, and the socialist parties too. They are trying to make the PVV pull the plug.

The boy Mauro isn’t really cooperating: he was given the chance to apply for an educational visa, which he firmly rejected. If he had accepted it, he would have been given a permanent visa when things quieted down, most likely.

This affair is costing the CDA dearly. The latest poll shows them at eleven seats remaining, and going down…

Mind you, before the CDA was formed The Netherlands always had a coalition government with a major religious party in it. They realized that the times were changing, so the most important ones merged into the CDA. They usually had a stable level of 45 seats or thereabouts. But that has been dwindling down to fifteen actual seats at present and is likely to be far less in future elections.

Right now a comprise is being worked upon. The two CDA dissidents have the proverbial spines of wet newspapers, and voted as the party line demanded.

The minister is not going to let Mauro stay, but he can apply for a student visa. Which is already weird, because this chappie is doing VMBO, which is barely education. VMBO stands for Voorbereidend Middelbaar Beroeps Onderwijs (“Preparatory School for Secondary Professional Education”). This is the lowest secondary school level possible. It’s what you do if you don’t want to/cannot study after finishing primary school.

As the quality of this education is exceptionally low, it is more considered a kindergarten for teenagers.

Nobody normally gets an educational visa for something like that. But Mauro is different. His case is special.

One thought on “Educating Mauro”