At Fjordman’s suggestion, the shade of Sir Winston Churchill delivered the following speech yesterday at the United Nations. 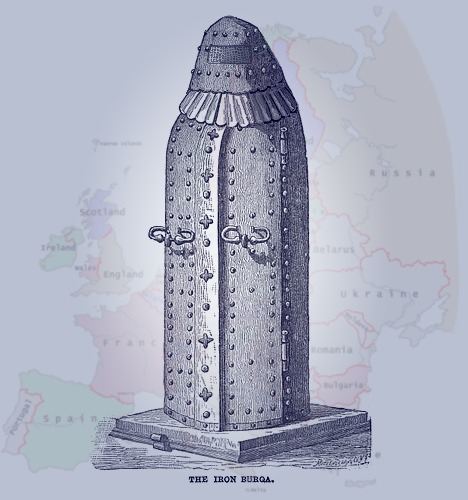 Ladies and gentlemen, Western Civilisation stands at this time at the pinnacle of world power. It is a solemn moment for the Western Democracies. For with primacy in power is also joined an awe-inspiring accountability to the future. If you look around you, you must feel not only the sense of duty done but also you must feel anxiety lest you fall below the level of achievement. Opportunity is here and now, clear and shining for all our countries. To reject it or ignore it or fritter it away will bring upon us all the long reproaches of the after-time. It is necessary that the constancy of mind, persistency of purpose, and the grand simplicity of decision shall rule and guide the conduct of Western peoples in peace as they did in war. We must, and I believe we shall, prove ourselves equal to this severe requirement.

Mr. Secretary General, when military men approach some serious situation they are wont to write at the head of their directive the words “over-all strategic concept”. There is wisdom in this, as it leads to clarity of thought. What then is the over-all strategic concept which we should inscribe to-day? It is nothing less than the safety and welfare, the freedom and progress, of all the homes and families of all the men and women in all the lands.

When I stand here this quiet afternoon I shudder to visualise what is actually happening to millions now and what is going to happen in this period when famine stalks the earth. None can compute what has been called “the unestimated sum of human pain”.

Our NATO military colleagues, after having proclaimed their “over-all strategic concept” and computed available resources, always proceed to the next step — namely, the method.

We cannot be blind to the fact that the liberties enjoyed by individual citizens throughout Western Civilisation are not valid in a considerable number of countries, some of which are very powerful. In these States control is enforced upon the common people by various kinds of all-embracing police governments to a degree which is overwhelming and contrary to every principle of democracy. The power of the State is exercised without restraint, either by dictators or by compact oligarchies operating through a privileged party and a political police.

Now, while still pursing the method — the method of realising our over-all strategic concept — I come to the crux of what I have travelled here to say. The dark ages may return, the Stone Age may return on the gleaming wings of science, and what might now shower immeasurable material blessings upon mankind, may even bring about its total destruction. Beware, I say; time may be short. Do not let us take the course of allowing events to drift along until it is too late. There is the path of wisdom. Prevention is better than the cure.

A shadow has fallen upon the scenes so lately lighted by the demise of Communism. Nobody knows what Islam and its international Muslim Brotherhood organisation intends to do in the immediate future, or what are the limits, if any, to their expansive and proselytising tendencies.

It is my duty to place before you certain facts about the present position in Europe.

From Gothenburg on the Kattegat to Marseille on the Mediterranean an iron burka has descended across the Continent. Within that suffocating garment lie all the capitals of the ancient states of Western Europe. London, Paris, Berlin, Vienna, Copenhagen, Stockholm, Oslo, Brussels, and Amsterdam, all these famous cities and the populations around them lie in what I must call the Sharia sphere, and all are subject in one form or another, not only to Sharia influence but to a very high and, in some cases, increasing measure of control from Mecca. The Sharia-dominated British Government has been encouraged to make enormous and wrongful erosions of the English Common Law, and violence and degradation on a scale grievous and undreamed-of are now being imposed upon Britons. The Islamic organisations, which were once very small in all these Western States of Europe, have been raised to pre-eminence and power far beyond their numbers and are seeking everywhere to obtain totalitarian control. Police are enforcing Sharia in nearly every case, and so far, except in Switzerland, there is no true democracy.

An attempt is being made by the Islamic enclaves in England to build up a quasi-Caliphate in their zone of occupied Britain by showing special favours to groups of Muslim leaders. Whatever conclusions may be drawn from these facts — and facts they are — this is certainly not the Liberated Europe we fought to build up. Nor is it one which contains the essentials of permanent peace.

Outside of the iron burka which lies across Europe are other causes for anxiety. One cannot imagine a regenerated Europe without a strong Australia, Canada or the United States. All my public life I never lost faith in their destiny, even in the darkest hours. I will not lose faith now. However, in a great number of countries, far from the frontiers of Islam and throughout the world, Muslim fifth columns are established and work in complete unity and absolute obedience to the directions they receive from the Islamic centre. These Islamic parties or fifth columns constitute a growing challenge and peril to Christian civilisation. These are sombre facts for anyone to have recite on the morrow of a victory gained by so much splendid comradeship in the cause of freedom and democracy; but we should be most unwise not to face them squarely while time remains.

Our difficulties and dangers will not be removed by closing our eyes to them. They will not be removed by mere waiting to see what happens; nor will they be removed by a policy of appeasement. From what I have seen of our Muslim antagonists, I am convinced that there is nothing for which they have less respect than for weakness. For that reason the old doctrine of a balance of power is unsound. We cannot afford, if we can help it, to work on narrow margins, offering temptations to a trial of strength. If the Western Democracies stand together in strict adherence to the principles, their power will be immense and no one is likely to molest them. If, however, they become divided of falter in their duty and if these all-important years are allowed to slip away, then indeed catastrophe may overwhelm us all.

The above text was adapted from Sir Winston Churchill’s speech at Westminster College in Fulton, Missouri on March 5, 1946. Read the original here.

4 thoughts on ““An Iron Burka Has Descended Across the Continent””