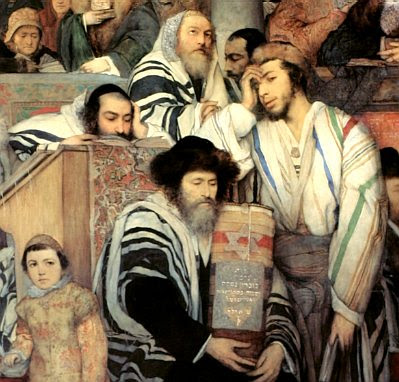 As of sunset today, this year’s observance of Yom Kippur was safely past. Thus, we can talk about it now.

Seriously. Arabs of various stripes and descriptions have been making bellicose noises of late. Yes, I realize they do this all the time, but the Turkish chorus has joined in too, and Egypt is acting uglier than ever since they got rid of Mubarak. Besides, Iran is no more sane than it ever was, so I wondered: would there be a 1973 redux?

There wasn’t. Let out breath now.

Last week, after Rosh Shoshanna ended with me wanting to have our Gregorian New Year moved to this more sensible time, what do I find but Yom Kippur stepping on the heels of pomegranates and honey and rash promises to make our lives over. Confused, I looked around for some assistance.

The Jerusalem Post had a promising title: “An Idiot’s Guide to Yom Kippur”. It turned out to be a comedy piece making fun of the Day of Atonement. In between the ‘jokes’ you learn a little about the holy day.

Benji Lovitt, a stand-up comedian and writer, says he wrote this “for both the hard-core repenters and the religious newbies”:

Let’s jump in, leather-less feet first [note: an in-joke. No wearing leather during Yom Kippur. Also no eating, no bathing or perfume, and no conjugal relations. In other words, nothing to distract you from the business at hand – D]:

Yom Kippur is the most solemn day of the Jewish year, which really says a lot when you consider what a gloomy people we are. The gravity of the day comes from the central themes of atonement and repentance, as our fates for the upcoming year are sealed. “Who will live and who will die, who by fire, who by water.” Hey, who’s ready for some fun? I just love an uplifting message to get me into the holiday spirit.

Like all Jewish festivals, Yom Kippur begins at sundown, entering this year on Friday, October 7. Interestingly enough, the Hebrew calendar is arranged so that Yom Kippur never falls on a Friday, Sunday, Tuesday, or Rosh Hashanah.

Unlike a normal day that has four prayer services, Yom Kippur has Maariv, Shacharit, Musaf, Mincha, Neila, Donner, and Blitzen. [how do you say “lame” in Hebrew?– D] And let’s not forget the important vidui, the public confession of sins. Don’t be bashful – none of us are perfect.

We must repent for the sins that we committed over the past year… During the afternoon service, we read the book of Jonah whose message is clear: Avoid large man-eating fish at all costs. And if you do get swallowed up, make sure your smartphone has been configured for “In-Stomach Tweeting.”

Traditionally, Yom Kippur is considered the date when Moses received the second set of ten commandments, begging the question: “There was a problem with the first?” [I always thought having to get a second set because Moses destroyed the first set because he came back down the mountain to find his ungrateful whiny crew were up to no good so he lost it. Which who wouldn’t have, what with leading this rabble through the desert – D]. I don’t know exactly what went down three thousand years ago but if there’s ever a time not to be schlepping two large stone tablets, it’s probably when you haven’t eaten in 18 hours…

And even if you don’t have the stamina to make it through the entire day, you won’t want to miss Neila, the final service before the proverbial “gates” are closed. I sure don’t want to be on the outside looking in. The Neila service draws to a conclusion with the blowing of the shofar, a message that not only has the holiday ended but also that secular people can now go back to not coming to synagogue for one more year.

While Yom Kippur is a holy day wherever you are, if you’ve never commemorated this day in Israel, it is highly recommended. Not only will you experience a higher level of spirituality, you’ll witness a near absence of vehicles on the road which is probably wise considering that five out of five doctors recommend not operating heavy machinery while starving.

Jokes aside, I am proud to say that in the footsteps of American Jewish sports legend Sandy Koufax, I too will not be working this year. Please, hold the accolades. It’s the least I can do for my religion.

Those were the Cliff Notes. In the real deal —

Yom Kippur is an intense time, a most solemn and prayerful occasion. Fasting is a good way to clear out our preoccupations with food, and the inattention to the body a ‘via’ for intensive prayer and reflection:

From a useful wiki:

Yom Kippur is the tenth day of the month of Tishrei [the Jewish calendar differs from our Gregorian calendar. It is also thousands of years older – D]. According to Jewish tradition, God inscribes each person’s fate for the coming year into a book, the Book of Life, on Rosh Hashanah, and waits until Yom Kippur to “seal” the verdict. During the Days of Awe, a Jew tries to amend his or her behavior and seek forgiveness for wrongs done against God (bein adam leMakom) and against other human beings (bein adam lechavero). The evening and day of Yom Kippur are set aside for public and private petitions and confessions of guilt (Vidui).

It is a time for looking back at the previous year, for taking personal responsibility for your “character flaws”, for owning up to the many ways you have failed. After many years of this observance, I would think a person comes to realize the path of failure often lies in our refusal to see. In other words, our failings are frequently those of omission rather than the things we do.

I asked a Jewish friend for some appropriate music for Yom Kippur. His answer surprised me:

I had no idea that Leonard Cohen used this prayer from Yom Kippur for one of his songs, though I presume any observant Jew would know it immediately:

The Unetanneh Tokef is an old liturgical poem-prayer (as are the Psalms). It is recited only during Rosh Hashanah and Yom Kippur liturgies. Here is Cohen’s adaptation of the age-old question of how we shall die:

And who by fire, who by water,
Who in the sunshine, who in the night time,
Who by high ordeal, who by common trial,
Who in your merry merry month of may,
Who by very slow decay,
And who shall I say is calling?

And who in her lonely slip, who by barbiturate,
Who in these realms of love, who by something blunt,
And who by avalanche, who by powder,
Who for his greed, who for his hunger,
And who shall I say is calling?

And who by brave assent, who by accident,
Who in solitude, who in this mirror,
Who by his lady’s command, who by his own hand,
Who in mortal chains, who in power,
And who shall I say is calling?

I was startled to be reminded of the line, “Who in your merry merry month of may?”. That is the anniversary of my daughter’s death. She was a Leonard Cohen fan and loved his [Broken] Hallelujah. Her brother did, too. As a surprise, I had a verse of it put in his high school yearbook along with a silly picture of him when he was four. If I remember correctly, those had to be gotten to the Yearbook staff by March. I knew he’d laugh.

But as it turned out, he didn’t get the yearbook in time. By early May he was singing Cohen’s song at Sheila’s funeral. She dearly loved that song and used to ask him to sing it for her. Ironically, she loved Judaism and was attracted to its rituals. To pay homage to that love, her older brother and I wrapped her body in fair linen before her funeral.


Cohen’s song sums up the human condition: the proof Moses needed, the fall of David, the many ways there are to be broken and yet to remain singing – in repentance, defiance, and finally in an ultimate trust that goes beyond words right to the heart to that pleasing “secret chord”:

Now I’ve heard there was a secret chord
That David played, and it pleased the Lord
But you don’t really care for music, do you?
It goes like this
The fourth, the fifth
The minor fall, the major lift
The baffled king composing Hallelujah

Your faith was strong but you needed proof
You saw her bathing on the roof
Her beauty and the moonlight overthrew you
She tied you
To a kitchen chair
She broke your throne, and she cut your hair
And from your lips she drew the Hallelujah

You say I took the name in vain
I don’t even know the name
But if I did, well really, what’s it to you?
There’s a blaze of light
In every word
It doesn’t matter which you heard
The holy or the broken Hallelujah

I did my best, it wasn’t much
I couldn’t feel, so I tried to touch
I’ve told the truth, I didn’t come to fool you
And even though
It all went wrong
I’ll stand before the Lord of Song
With nothing on my tongue but Hallelujah

Sheila’s name is no longer inscribed in the Book of Life. But while it was, she sang, and now that she is silent, her voice still echoes in the hearts of those who loved her.

A happy coming year for Israel. Next week, more mundane news. At least I certainly hope it stays mundane.

Note: The artist of the Yom Kippur painting was a Polish Jew, Maurycy Gottlieb. Here is a group of his paintings. Supposedly he put himself in this one. I think he’s the young man standing to the right behind the rabbi.