During the course of Counterjihad London 2011, a group of participants took a little field trip to Trafalgar Square to see the Eid Festival, which took place on Saturday September 24. The event must have been well-attended, because even though we got there after Mayor Boris Johnson left, there was still a large crowd.

The main activities were the performances on the sound stage and the selling of food and merchandise at a series of booths and tables spread around the perimeter of the square: 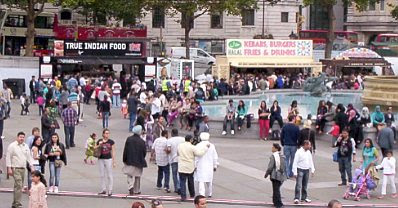 Hard up against Nelson’s Column was the centerpiece for the occasion, a cave-like stage for performers: 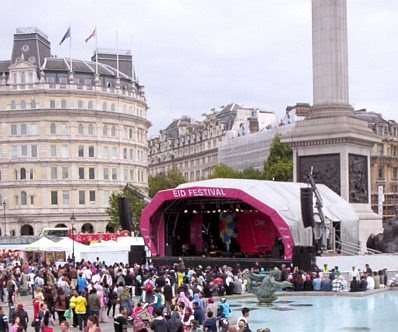 When we arrived, very loud drumming was being blared over the PA system. Not long afterwards, it gave way to “Muslim rap”. It was hard to make out the lyrics, but the singer seemed to be rappin’ with Mohammed or something similar. Since I couldn’t hear all the lines, I made up some of my own that fit the hip-hop beat:

We’re down with Mohammed, can ya hear what I said?
Better listen up, or get a fatwa on your head.

A huge screen on the other side of the fountain allowed everyone to see the rap singer clearly: 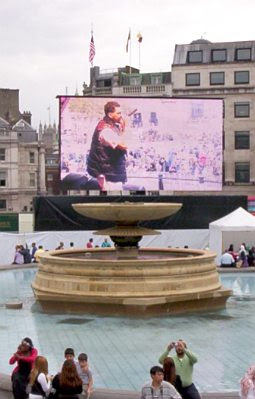 It provided a striking contrast with the naked nautical-themed statue in the middle of the fountain: 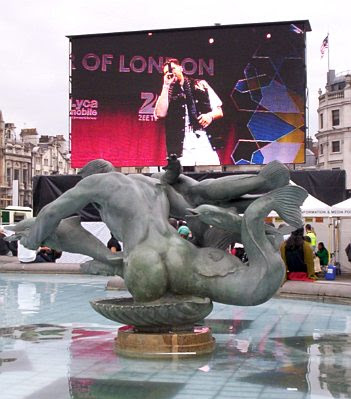 This beautifully decorated bus seemed to be a vending site for sweets and other halal refreshments: 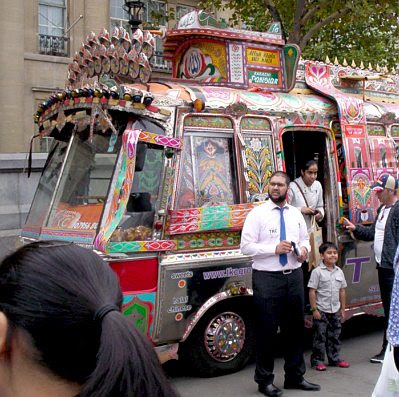 The Association of Muslim Police was also prominently featured. We’ll have more on that later on.

8 thoughts on “Rappin’ With Mohammed in Trafalgar Square”