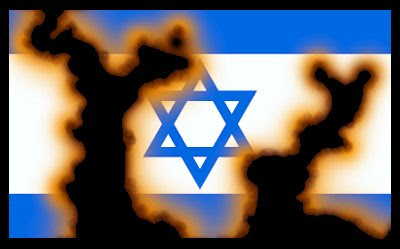 The following essay was adapted from a brief comment made by Vlad Tepes. It has been expanded at his request.

In some ways, merely discussing the legitimacy of Israel as a nation grants a victory to her enemies.

Do we every hear any discussion about whether or not Saudi Arabia or Pakistan deserve to exist?

And how about Bosnia, which cobbles together three different mutually antagonistic ethnic groups, none of which forms a majority of the population?

To put it bluntly, no matter how you contextualize the arguments — whether historically, religiously, etc. — Israel is a more natural nation-state than Pakistan, whose official raison d’être as a modern state is tenuous in comparison with Israel. Yet no one is debating its legitimacy. Not even India.

Israel’s enemies often refer to it as an “apartheid state”. This characterization is one of the principal strategies for delegitimizing the nation of Israel.

Saudi Arabia, however, is a true apartheid state in at least two ways:

I’m sure readers can come up with other ways in which apartheid manifests itself in the Land of the Two Holy Places.

Yet no one demands the destruction of or even changes to that state. No one proposes UN resolutions insisting that Saudi Arabia open its society to Christianity, or grant women full control over their lives. There is no resolution before the Security Council that would establish a separate state for Shi’ites in what is now the territory of the Saudi kingdom.

Israel is singled out for unique treatment, both by individual nations and by international bodies.

The mere discussion of the legitimacy of the state of Israel makes its very existence appear to be in question. The more its legitimacy is placed on the agenda at the UN or the OIC, the more likely it is that some of its enemies will unite in violent aggression against it. And all the decades of relentless demonization of Israel will make it that much harder for other nations to do anything more than wring their collective hands when such a war begins.

Israel’s right to exist is no greater or lesser than that of any other nation. However, its moral nature is vastly superior to many other states’, which means that it is being held to a far higher — even impossible — standard.

7 thoughts on “Delegitimizing the State of Israel”