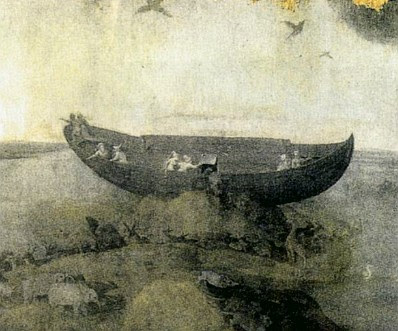 Dymphna and I delayed our summer fundraiser for several weeks, due to the crisis that followed the events in Oslo on July 22, 2011.

We experienced a tremendous traffic surge that began the night after the atrocities, when a Swedish Nazi website asserted that Fjordman and Breivik were the same person. They linked to Gates of Vienna and the Fjordman archives, and the new visitors began to pour in.

Strangely enough, Little Green Footballs took up the story almost instantly — do the Nazis send Charles Johnson tips? — and retailed it uncritically. No surprise there. The Norwegian and Swedish newspapers picked it up next, with the Danish and Finnish dailies following suit later the same day. After that it showed up in Der Spiegel, Der Standard, The Telegraph, The Daily Mail, The Sunday Times, The New York Times, The Washington Post, and many, many others.

Some of these esteemed organs of the press actually linked to our blog, but most of them simply named us, generating an unprecedented “Google-lanche” as readers from all over Europe came looking for us. People sent me photos of the front pages of various European newspapers, which had printed screen-shots of our main page or a copy of our masthead image. It was startling and disturbing to be on such universal public display, especially given the repeated descriptions of our site as a “hate-blog” that “inspired” the mass-murderer.

That sort of attention was not what anyone would want. Hate mail in English, Norwegian, Danish, and German. Media requests by the dozen — first looking to interview Fjordman, and then, after he retired from the scene, me. There were some supportive emails, too — they actually outnumbered the hate mail by at least ten to one — but the nasty newspaper coverage was dispiriting stuff to read.

Our traffic peaked at six to eight times its usual level, subsided for a few days, and then skyrocketed again when Fjordman went public. Since then it has slowly dropped to something approaching its normal numbers.

There are many bloggers who would have welcomed the increase in traffic. Their ad rates depend solely on their traffic, so extra visitors are a bonus. Page impressions are page impressions, no matter who clicks the link or who sent the rubberneckers.

But we have no paid ads, so the hostile hordes offered us no advantages, and were a horrifying burden to bear while they lasted. The tsunami of visitors carried with it a large cohort of toxic commenters — lefty trolls, agents provocateurs, hostile opportunists, and operatives from antifa-type organizations who hung around looking to start trouble. There were so many of them that monitoring their invective became too large a job to manage — it was taking five or six hours of my day, and another six or seven to read and answer the hundreds of daily emails. So we had to close the comments until the flood subsided, and even now we are moderating them, because some of those provocateurs are still lurking behind the arras, hoping to slip a stiletto into their unwary hosts and thus provide Blogger with an excuse to shut us down for violating their terms of service.

We could have tried to fundraise during all that mess, I suppose. But most of the new readers were virulently antagonistic, and would have hardly been sympathetic to our appeals. Besides, Dymphna and I are old-fashioned, and raising money so soon after the horror would have been unseemly. Now that a month has gone by, we’re willing to give it a try.

We’ve actually picked up a few new friendly readers, people who were brought to our shores by the tides of controversy, liked what they saw, and decided to settle here. A number of them emailed us to express their solidarity with the Counterjihad movement.

To all of the newcomers we say, “Welcome!” It’s always good to have “new skin for the old ceremony” here at Gates of Vienna.

So here we are, beached on the slopes of Mount Ararat, with all the animals sauntering out of the ark two by two, wandering the landscape and wondering what to make of the sodden desolation all around them.

As always, we are overwhelmed by the generosity of our readers. It’s especially gratifying under the present circumstances. I’m amazed that people are willing to give to a site that has been so vilified and demonized over the past month.

God bless all of you.

The first day’s roster of donor locations looks like this:

We’ll be at it again tomorrow, so keep the chili warm and the beer cold until we get back.

4 thoughts on “After the Deluge”