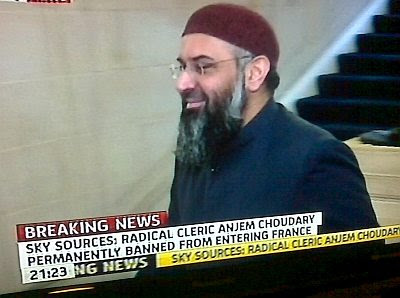 Nick from The Frozen North just sent the above TV screen shot with this note:

This is appearing on Sky News right now. Took a quick picture with my mobile and bluetoothed it across to my laptop so I could email it to you. The story should appear on the Sky News website in due course.