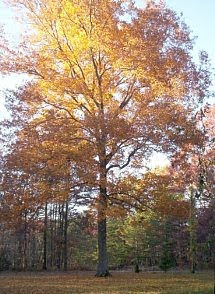 Autumn’s first hard frost descended on our small clearing in the woods just as the hours changed at 2:00 a.m. This time, it’s “Fall Ahead” — i.e., a delicious “extra” hour of sleep as we set our clocks back to Eastern Standard Time in anticipation of the coming winter.

Seasonal time changes can be a problem for those of us without a television announcer to remind us they’re approaching. The Baron and I learned our lesson the hard way: some years ago we showed up for church services one fine Spring Sunday morning only to see the congregation leaving their pews as we were coming in the door. So now, each season one of us takes on the job of fretting about which weekend the change will come.

One thing is for sure: we’ve gotten a most gratifying response to this quarter’s Fundraiser. In addition to lots of familiar faces, there is also a goodly number of new donors. And one of our monthly subscribers even put in an extra donation just for the Fundraiser: that’s definitely beyond the call of duty!

Austria, Germany, Japan, the Netherlands, Sweden, Switzerland, and the UK

In addition to writing thank you notes, I plan to respond to those who’ve written back to comment or ask questions. However, most of the responses will be delayed until after all the acknowledgements have been sent. Honest, I will eventually send a note even though it may take longer than it ought. Hearing from readers brings information I might not otherwise see. The response emails are an extra bonus for me.

Back when we first started this blog and fibromyalgia wasn’t running my life, I used to be able to get every thank you note done the day a donation came in. As the disorder has obliterated more of my functioning, I’ve had to let go of that standard… just as I’ve had to surrender so much else.

There are some silver linings amongst the otherwise dark clouds of this damned disorder (known on fibromyalgia forums as “DD”). For one thing, the fibrofog which affects my memory makes it difficult to recognize clearly how much I have had to let go. Occasionally a memory of some event will pop up and I’ll realize with a start that I could never do that now. This is especially true about recollections of travel and work. Those experiences feel as though they happened to another person.

During this fundraiser I’ve received several inquiries about the symptoms of FM from people who think they may have it or have been told their spouses’ symptoms may be due to FM. So I’m going to share with our readers the links that I give to those who write to ask for more information. It could be that one or two of you are wondering why you feel so tired or have been beating yourself up for “being lazy” or have been told that you’re a hypochondriac.

First, here’s a brief introductory paragraph from Devin Starlanyl on the symptoms of FM. Her whole site is informative but this is a good place to start [bracketed remarks are mine — D]:

FM is not a catchall, “wastebasket” diagnosis. FM is a state of central sensitization. This means that your central nervous system may be unusually sensitive to pain (hyperalgesia) and you also may find certain sounds, vibrations, light, and other sensations (even smells) to be translated by your body into discomfort or pain. Certain types of sound, such as staccato music or talk, or certain pitches, may be unendurable and promote increased sensitivity to other stimuli [this is why I can’t listen to Glenn Beck’s show. His voice goes from calm to manic in a moment and I am forced to turn him off. This holds for much of talk radio]. The same may be true of the pattern of shadow and light by trees passing along in a car [I close my eyes and cover them] or even being stuck in an elevator or car with a woman with heavy perfume [breathing through my mouth helps]. Diffuse, body-wide pain is part of FM, but not all of it by any means.

She’s right: pain is not the only part of FM, but along with fatigue it certainly forms the frequent dysphorias of daily life.

FM can occur at any age. Most patients, when questioned carefully, reveal that their symptoms began at an early age. About 25 percent of the FM patients I have come in contact with are men. This ratio differs from most sources in the literature. I think that FM is under-diagnosed in males.

The predisposition to FM is probably inherited. One fellow I know says his mother suffered severely, while he has managed to reverse his own less disabling symptoms within a few years of beginning treatment. When they finally figure out where this disorder originates it will no doubt be found on some part of the X chromosomes; this would explain why the preponderance of FM patients are women.

FM sensitizes nerve endings as well as the rest of the autonomic nervous system. The actual ends of the nerve receptors may have changed shape, turning touch and other receptors into pain receptors. Pain signals then bombard your brain. Your brain knows pain is a danger signal — an indication that something is wrong and needs attention — so it mobilizes its defenses. Then, when those defenses aren’t used, it becomes anxious. Overstimulation is a major perpetuating factor of FM.

I believe Dr. Starlanyl has retired from practice. Whether this was due to her own fibromyalgia is not clear. At any rate, she has compiled an excellent handbook which includes every possible symptom you could imagine. Anyone with FM working his way through the whole book would have a sense of relief in seeing that not every single condition is one he suffers from. There is a kind of comfort in that.

Another doctor, a California endocrinologist who treats only FM patients, is Paul St. Amand. He also has fibromyalgia, though by using his own protocol he has reversed his symptoms and still works long hours even though he is years past retirement age (or at least he had a practice the last time I looked).

Dr. St. Amand uses guaifenesin to reverse symptoms and his patients swear by his methods. His book is well worth reading since he provides diet information that’s concise and easy to follow. Or rather, it’s worth following if you want to reduce your symptoms of pain and weakness. I found it difficult to stick to until the Baron finally offered to go on the diet with me. After several months of eating this way, he says he wouldn’t return to his old diet for any reason. He has more energy and is less tired than was the case before. I’m so grateful he was willing to do this with me since it makes “falling off the wagon” into a bowl of mashed potatoes much less likely.

Over thirty years or so, Dr. St. Amand has treated several generations of family members, from two year-olds to grandmothers. The myriad manifestations of FM vary greatly from person to person, even within the same family. However, he has discovered the dosage of guaifenesin remains the same for all members in a given family, no matter how mild or severe are the presenting symptoms.

You can find St. Amand’s website here. You can use the information at the site without having to get the book, though most people are more comfortable having all the information between the covers of a book. Eyesight is affected by FM so computer screens are more difficult to read than the printed page. The site also has an excellent forum for those just beginning to work with the guai protocol. For the impaired, that’s a lot of information to take in.

If you go to the Amazon sites linked here for either book, you’ll find positive reviews going all the way back to 1999 and forward to late October of this year. The reviews on both are overwhelmingly favorable, five-star assessments. The only difficulty encountered with Dr. Starlanyl’s book is its size. Being comprehensive, it is heavy and bulky to hold. The dimensions say it’s only one-and-a-half pounds, but it feels far heavier, perhaps because it’s oversized. Or perhaps because fibromyalgia has weakened my grip.

There are many newsletters, forums, and websites devoted to fibromyalgia. The newsletter I subscribe to has been around a long time. This Fibromyalgia Network Treatment and Research News can be most helpful in addressing particular issues like sleep and fatigue. In addition it finds research from all over the world. With your annual subscription, you’ll get occasional email updates. No, you won’t be inundated; they just send real information. By the way, they provide free subscriptions to those whose income is low enough to qualify. You simply fill out a form and send it in.

If this helps just one person reading our blog, it will have been worth the effort to collect information and put the links here. This is a draining condition, and for some of us it never, ever lets up. As one FM website put it, Fatigue dulls the pain, but awakes enticing thoughts of death. That sounds creepy, but for anyone saddled with this damned disorder, that quote pins down one of the main problems for people who’ve been abandoned by families and friends because they’re thought to be malingerers or attention-seekers. When one spends the better part of each day in bed, flattened by fatigue, those thoughts can become paramount, especially if you’re alone.

I know how fortunate I am to have had the Baron’s support through all this. He is never a moody, difficult person; his temperament is mild and dependable — which is just what the doctor ordered for my condition. Having been thus blessed by the marriage lottery, I know full well his kindness and concern are to be treasured.