Below is the latest of an occasional series of essays by Anestos Canelides. The current piece concerns the barbaric Turkish institution of devshirme, which was practiced for centuries by the Ottomans against the conquered people of the Balkans. 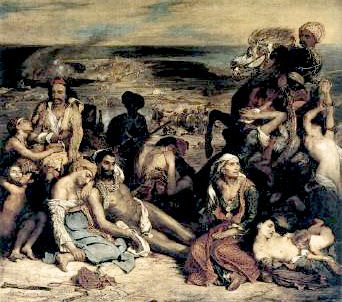 We as a people, whether in Greece or the USA, should not forget our history, especially when it comes to Islam.

About year ago, in the name of political correctness Greek textbooks referred to the Ottoman occupation of the Greeks as the “Ottoman administration”. The reference was quickly retracted after a loud uproar from many Greeks, because the Ottoman interlude was much more than an administration, and the occupation brought upon the Christian Greeks centuries of cruel oppression.

One institution of such oppression practiced by the Turks was called Devshirme, or the practice of recruiting the best and brightest children, usually males, from Christian families, and forcing them to convert to Islam. These children were trained in the Sultan’s civil service, or they become part of an elite fighting force known as the Janissaries. From very inception of this institution the Christian population grievously resented the abduction of their children.

The great historian Leopold Von Ranke wrote that the first heroic song by Christos Melionis rang out throughout the mountains in Greece only after the traumatic practice of Devshirme was ended, and it was only long after it was over that it brought about revolt throughout the Balkans. 1

The Sultan inducted into his service children who had fallen into his hands either by purchase, or by outright abduction by recruiters from their families. Author Andre Gerolymatos writes about the barbaric practice of Devshirme in The Balkan Wars:

The cruel practice in what today can be called brain cleansing of the Christian population of the Ottoman Empire is perhaps the most inhuman Turkish legacy. The advantage gained by those chosen for conversion and a better life in Constantinople cannot militate against the odium of taking children away from their parents. 2

The Ottomans would send agents into villages to exact this tribute, thus depriving these villages of their strongest and most intelligent children, and making the Devshirme agents the most hated manifestation of Turkish rule. “The memory of these men continues to stigmatize the Turks in the Balkans.” 3

It is easy to understand the traumatic tone in surviving Greek literature from that period. For the parents this was a heartbreaking loss, and the complete transformation of their children, who were forced to turn away from their Christian faith, was devastating. The Tubingen manuscript written by Andre Argyros and John Tholoites in the 16th century vividly reveals the trauma that the parents went through.

You understand my lords and Christian gentlemen, what sorrow the Greeks bear, the fathers and mothers who are separated from their children at the prime of life. Think ye of the heart-rending sorrow! How many mothers scratch their out their cheeks! How many father beat their breasts with stones! What grief these Christians experience on account of their children who are separated from them while alive and how many mothers say, “It would be better to see them dead and buried in our church, rather than to take them alive in order to become Turks and abjure our faith. Better that you had died. 4

The sad fact is that while many Janissaries were Greek, their conversion and adherence to Islam forever severed them from any Hellenic consciousness or connection with Greek society. 5 The Christian population throughout the Balkans, resented the recruitment of the children and it was often carried out by force. Those who would not submit and surrender the most healthiest, the most handsome, and the most intelligent children faced stiff penalties. Parents who refused were immediately put to death by hanging.

Since there was no way to escape this recruitment, some Christians fled their villages to certain cities which enjoyed exemption from this tax. They also fled to Venetian-held territories to seek a safe haven, and this resulted in the depopulation of the countryside. Families often sent their children to hide in the mountains or in the homes of Turkish officials friendly to Greeks. Some children ran away on their own initiative, but when they found out their parents had been arrested and were being tortured, they quickly returned and surrendered themselves to the authorities.

In some cases Greek parents would exchange their children for Turkish children. Since only Christian children could be recruited, this gave Turkish families the hope that their child would attain a successful career as either a Janissary or in civil service. 6 A few Christian families also saw this as an opportunity for their children, but vast majority resisted the theft of their offspring.

Greeks and other people of the Balkans usually resisted the conquest of their lands, and therefore faced the fate of the conquered, which was determined according to the principles of the Qur’an. This meant they were either killed, compelled to convert to Islam or required to pay the so-called protection tax. If they paid the protection tax (also called the jizya), they could keep their faith but were relegated to the status of a second-class citizens. If the population willfully surrendered they were granted selected privileges. 7 “The fact that the Ottomans, in the case of voluntary surrender, conceded certain privileges, one of which was exemption from this heavy burden, indicates that its measure was understood as a penalization for the resistance of the population and the devshirme was an expression of the perpetuation of the state of war between the conqueror and the conquered.” 8 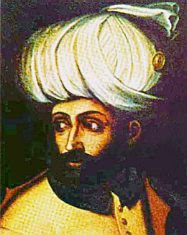 The recruitment of children took place every three to four years and at times even annually, according to the needs of the Sultan. The largest loss of children coincided with the peak of Ottoman expansion in the fifteenth and sixteenth centuries under the rule of Selim I and Suleyman the Magnificent.

This brutal abduction of Christian children continued into the seventeenth century, but it lost its importance. Occasional recruitment took place until the rebellion of 1705, and perhaps even later, but it had a lasting effect on the Christian population for many years beyond its time. “Finally, though a final consideration of the total losses is impossible, there is no doubt that this heavy burden was one of the hardest tribulations of the Christian population.” 9 In time Muslim Turks were recruited in place of Christian children. Even after this institution ended, the anger continued to seethe, and eventually led to the revolution which gave Greece its independence in 1821.

While most modern Turks would be appalled at this inhuman treatment of Christians today, it must not be forgotten or covered up out of political correctness. With the threat of the Islamization of Europe and the Americas, it is a lesson that must not be overlooked.

Can history repeat itself? Yes, it can. And, unless Islam reforms, it will.

Anestos Canelides has a master’s degree in history from Eastern Washington University, and lives in Arizona.

11 thoughts on “Devshirme: A Muslim Scourge on Christians”