A cartoon from today’s Jyllands-Posten: 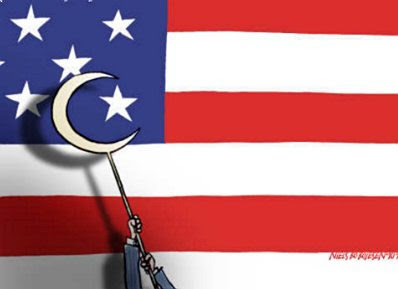 Caption (translated from the Danish): A campaign by right-wing Republicans has convinced nearly one in five Americans that President Barack Obama is a Muslim.

10 thoughts on “Updating the Flag”