Anestos Canelides returns with a new essay, this time about the Ground Zero mosque. See the bottom of this post for links to his previous articles.

Are they lying to us?
The deception behind the Manhattan Mosque

Is the creation of an Islamic cultural center and mosque at Ground Zero truly a way for Muslims to reach out, not only to other faiths, but to the American people?

Would such as project create more tolerance between Islam and non-Muslims? Are the proponents of this mosque really being upfront and honest with us? 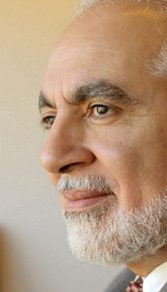 The Imam Feisal Abdul Rauf and his wife Daisy Khan, both major proponents of the mosque, clearly pointed out the tolerance that the Cordoba Initiative would bring to New York by the construction of this community center. According the Daisy Khan, “Your support is a reflection of the great history of mutual cooperation and understanding that Jewish and Muslim civilization has shared in the past, and remains a testament to the enduring success of our continuing dialogue and dedication to upholding religious freedom, tolerance and cooperation among all of us as Americans.”

Again the same mantra is repeated when Imam Rauf states, “Park 51 will be a home for all people who are yearning for understanding and healing, peace and collaboration and interdependence. We are all more determined than ever to take this opportunity, which we also see as a responsibility to our community and to our neighbors in lower Manhattan. We are creating a new space where fresh stories of cooperation and service will reflect the living vibrancy of interconnected communities.”

Of course, anyone who is against the mosque in Manhattan is a bigot or racist for denying the Muslims their First Amendment rights. The Imam’s own mission statement clearly appeals for tolerance and openness to other faiths, and also calls for an innovative strategy for cross-cultural engagement. Of course they state that the Cordoba initiative will tackle our common problems and leverage contacts in influential positions within the Muslim and the non-Muslim worlds. They claim that thinking outside of the box about international and intercultural conflict resolution also means thinking introspectively about each side’s place within its own historical narrative and worldview to devise internally-oriented solutions.

Are they speaking the truth or is this more deception?
– – – – – – – – –
The Qur’an teaches that a Muslim can deceive the unbeliever when it is to his advantage. We see this in the doctrine referred to as taqiyya that even allows a Muslim to deny his own faith but still receive forgiveness from Allah, when to do so would protect him from harm.

According to the human rights activist Joel Richardson1, “So Muhammad actually encourages Muslims to lie and blaspheme and deny their beliefs if that would protect them.” It is my contention that proponents of the New York Islamic Cultural Center are not telling the full story, and that historically there are grounds for Muslims to lie to the kuffar or unbeliever as well as to their fellow Muslims

How can I take the word of Feisal Abdul Rauf, the chairman of the so-called Islamic Center, seriously when he believes that the Jews might have perpetrated 9/11? And that if America only knew about Jewish culpability then they would do to the Jews what Hitler had done to them? This is hardly an example of tolerance and intercultural understanding.

On 2008 he revisited the question of whether Sharia law should be incorporated into Western legal and political systems. He supports separate enclaves in Great Britain that would be governed by a separate set of laws consistent with Sharia law. He also made the following statements: “The only law that the Muslim needs already exists in the Koran and the Hadith.” And: “For that, we collectively believe that the state that was erected by the Prophet in Medina was the ideal model for an Islamic state. The challenge today in the Islamic world is how do we accomplish this in our current era.”

Such blatant statements make me wonder what deception, lies and hate would spew out of this mosque. After all, “war is deception”, as Mohammed said, and the Islamists are at war with us.

I don’t have full knowledge of where he stands, but comments the Imam has made make me wary of his efforts. Rauf writes, “People asked me right after the 9/11 attack as to why do movements with political agendas carry [Islamic] religious names? Why call it ‘Muslim Brotherhood’ or ‘Hezbollah (Party of Allah)’ or ‘Hamas’ or ‘Islamic Resistance Movement’? I answer them this — that the trend towards Islamic law and justice begins in religious movements, because secularism had failed to deliver what the Muslim wants, which is life, liberty and the pursuit of happiness.” He also said “ The only law that the Muslim needs exists already in the Koran and the Hadith.”

Is this a rejection of our constitutional law?

As mentioned above, Muslims are allowed to deceive the kuffar; especially when it is to their advantage. This is derived from two specific doctrines called kithman and taqiyya. Kithman is a command to deliberately conceal one’s beliefs.

According to Islamic beliefs, Muhammad commanded the faithful to hide what they truly believe in order to deceive unbelievers about the true nature of their religion. “The word al taqiya literally means: concealing or disguising one’s beliefs, convictions, ideas, feelings, opinions and or strategies at a time of imminent danger.”3

If their real intentions and the sources of the funding for the mosque were revealed, then it could well put the Cordoba Initiative in jeopardy. If that happened, more Americans would wake up to the real threat, and it this is why they can justify any deception. Ignorance of Islam makes the uneducated kuffar or liberals into easy prey for their deception, so that they are willing to allow the Islamists to construct this insult to the people who died on 9/11, to build this monument to Islamic conquest.

If Imam Rauf and his associates really want to create an interfaith tolerance and understanding, they must be more upfront about their funding and their true intentions for this so-called community center and mosque. Will it be a real interfaith center, or will it be strictly for Muslims?

I believe the construction of this mosque on Ground Zero is nothing less than an act of Islamic supremacism. Nor will this be the end of the matter — the plan is for the construction of more of these Islamic “cultural centers” throughout our great nation. Americans must not only wake up to this threat, but also become aware of the deception aimed at them.

I would like to believe that the majority of Muslims in the USA are not the real threat, and that they should be respected.

Build the mosque, but not at Ground Zero.

Anestos Canelides has a master’s degree in history from Eastern Washington University, and lives in Arizona.