Phyllis Chesler has written frequently about Rifqa Bary’s situation, the most recent essays (from this past week) are at Pajamas Media and Fox News.

The update, in a nutshell, is that Ms. Bary is still hanging in there. On Tuesday, August 10th, she turns eighteen and legally should be considered an adult. But with Domestic and Juvenile Court cases, that isn’t always so cut-and-dried.

For example, in some situations the judge can decide that the local county social services will continue to offer support and life skills training to children, especially if they are going on to college. Thus, the child’s legal standing is somewhat murky in those cases. Doing foster care, there were several kids I followed through community college. 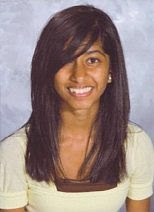 Ms. Bary’s cancer puts her in a vulnerable position. As a “ward” of the state, she is entitled to free medical care. What will happen in her case, where she will still be in treatment for the cancer when she reaches her majority? No one is saying, but it may be that the county will assume these expenses until the doctors release her.

There is one positive sign from this judge: she has permitted Rifqa to make her own medical decisions regarding her treatment plan. The parents asked the court to order her into chemotherapy for a year, as one doctor suggested. However, her lawyer pointed out:

A doctor said Rifqa is disease-free, according to “available imaging techniques,” her attorney, Kort Gatterdam, said today in Franklin County Juvenile Court. He assured Magistrate Mary Goodrich that Rifqa will continue to consult her doctors but has chosen against chemotherapy. She has had surgery for her cancer.

[Judge] Goodrich said she cannot order treatment under the law, because Rifqa’s health is not in immediate danger.

Gatterdam also took exception to Rifqa’s parents’ attorney’s claim that she went to a faith-healing event in Youngstown and then quit chemotherapy. He said the girl went to a “prayer conference” shortly after her diagnosis and then had “multiple surgeries and chemotherapy.” He said the treatments made her very weak and sick.

I don’t know what Ms. Bary’s diagnosis was, but as someone who went through several months of chemotherapy for breast cancer I would make the same decision she has.

In fact, I did make that decision.
– – – – – – – – –
Since I’d refused radiation treatment after surgery, the oncologist wanted me to do another round of chemo “just to be sure”. Well, I’d refused the radiation because I knew the possible long-term consequence was leukemia somewhere down the road. And like Rifqa, the imaging and tests they’d done after the first round of chemo showed no evidence of remaining cancer in any of the usual places for metastasis. So the idea of further chemotherapy poisoning didn’t make sense to me. I looked at their studies and the most they could improve my chances was one per cent. Yet they also knew (though they didn’t address this) that further chemo had its own risks. If I had it to do over again, I’d have passed on the chemotherapy entirely.

It’s been ten or eleven years now and the cancer hasn’t returned. Nor do I show up at the oncologist’s office for “check-ups”. What are they going to “check” precisely? After five years, it’s time to move on. Truthfully, I stopped going to follow-up appointments after the first year. My intuition told me that if I kept acting like a cancer “victim” I’d be much more likely to turn into one. I’m grateful to the surgeon, but I could’ve done without the rest of the protocol. And if there’s another occurrence, mainstream medicine won’t be my first treatment modality.

Here’s the thing about judges who rule over Juvenile and Domestic Relations Courts (aside from the fact that they have far too many cases and not enough time). In J&D court, the judge has far more power than in other types of law. He or she has great discretion. Depending on the judge, this can be a good thing or it can put a child in danger. I’ve seen children returned to parents who had no business “parenting”.

The law says that keeping the family together must be the goal of the court. However, that goal is wrong in many cases. Once the authorities have interfered in some way with a family, then any moral authority the parents have is gone. The basis for a relationship with their children must be re-established on other grounds.

For example, the brother Rifqa left behind had had the internal image of his parents permanently altered because the court stepped in and took charge of his sister. It goes without saying that the court had to become involved, given the parents’ demand that she be returned to them.

I’ve known situations in which a troubled child went to live with relatives or family friends without any official blessing from “The Authorities”. The parents signed over medical and school permissions so that the adults in charge could act in loco parentis. No lawyers, no social workers, no outside interference. In those cases, the moral authority of the parents with their other children remained intact because the parents weren’t being ordered around by the state. They were simply fortunate enough to have people in their lives willing to take on their wild child during his or her “white water” period. That is what family and friends still do.

The next hurdle for Ms. Bary is her immigrant status. Her connection to her parents has been severed, but she is still not here legally — as is the case for her whole family. Remember what I said about J&D judges having more discretion? Well, this one could decide that Ms. Bary is an adult and therefore will be considered for asylum as an adult. Or she could also decide to proceed retroactively, permitting Ms. Bary to apply for asylum as a minor, kind of revisiting her appeal filed when she was still a minor. Asylum for a child is much easier than asylum for an adult. The finding of the judge on this matter on Tuesday is of crucial importance to Ms. Bary’s future.

The parents will have to make their own way through the system. They’re here illegally, but returning to Sri Lanka is fraught with problems for Muslims. Sri Lanka is majority Buddhist and they actively discriminate on a governmental level against any of their citizens who are of other faiths.

Back when this case first started, I did some research on Sri Lanka, wondering what fate would be in store for Ms. Bary or her family if they were deported. The information was sobering: the country has a minority Christian population of about six percent. There are an equal number of Muslims, with a preponderance of Sunni Muslims among them. The Hindu population is also about six or seven per cent and they are agitating for a separate state. Sri Lanka’s seventy per cent Buddhist majority has permitted them to become the official state religion. Minorities are actively discriminated against by the government when it comes to jobs, education, etc. I don’t blame the Barys for not wanting to return to their native country. It’s obvious their native country wouldn’t welcome them back.

Phyllis Chesler has pointed out the good fortune Rifqa Bary encountered in her lawyers:

Without going into details, allow me to note that this decision is a triumph of committed pro bono lawyering. Rifqa is both young and poor; nevertheless, she found a legal team able and willing to represent her for no money — indeed, to go up against a legal team funded (and/or morally supported) by CAIR, the Council for American Islamic Relations.

For those who insist that there is no justice in America: What do you think Rifqa’s fate might have been in a Muslim country or even in Sri Lanka, where Muslims comprise a minority of the population? While justice is far, far from perfect in America, here is one, shining example, one brilliant moment, in which justice has triumphed. At the midnight hour, Magistrate Goodrich rendered a just decision.

For those who claim that Americans are racists, that they dislike both dark-skinned people and illegal aliens-please note that Rifqa Bary is beautifully dark-skinned and was brought here, illegally, as a child, by her family. She arrived here as an undocumented Muslim. Nevertheless, lawyers in both Florida and Ohio stepped forward to protect and defend her. The system-we-love-to-hate appointed these lawyers. No angry grassroots group, no Christian activist association did what the American state did: Actually pay for it all.

In her Fox News essay, Ms. Chesler points out another facet of the larger situation:

America does not persecute converts. Indeed, about 50,000 Americans each year convert to Islam. It is estimated that 20,000 American Muslims convert to Christianity. Their fates are very different.

Converts to Islam are not harassed, intimidated, shunned by their families, relatives, and neighbors, or forced into hiding by murderously angry former co-religionists.

Muslim converts to Christianity are subjected to online death threats and can never see their families again. The pastors and priests who convert them remain at risk.

Of her own role in Rifqa’s case, Ms. Chesler says:

At the time, as a psychologist and the author of studies about honor killings in the West, I was asked by Florida’s Attorney General to submit an Affadavit on Rifqa’s behalf. I did so, as did my friend and colleague, Ibn Warraq, the author of “Leaving Islam: Apostates Speak Out.”

We both explained that Rifqa’s fears were utterly realistic; that apostasy is considered a capital crime in Islam; and that Muslim women had already been honor murdered in the West for this alleged “crime” and for refusing to convert to Islam. Some had been forced into hiding to save their lives.

She also noted the guards under which many apostates must live:

Egyptian-Italian journalist, Magdi Allam, was converted to Catholicism by the pope. He requires six police officers at any given time.

That news report had Muslims asking why he made such a public display of being baptized, that he could have gone quietly to a priest and entered the Catholic Church without a fuss. I think he was smart to make his vows as prominently public as possible. It’s a kind of life insurance policy: someone received into the Church by the Pontiff is someone much harder to kill without attracting a great deal of attention. That was a smart tactic by Mr. Allam.

I join with Phyllis when she says:

We hope and pray that Rifqa will also triumph over her cancer. And, by the way: She has been mercifully cared for, pro bono, by American physicians. Imagine what her fate might have been had she lived elsewhere, anywhere, in the developing world.

To see Ms. Chesler’s carefully researched statistics on honor-killings go to her Middle East Quarterly report. The narrative is superb, the stats are horrific.

I don’t think any academic institution in this country has an inkling of the quality of information contained in that essay. Nor do I believe any Feminist Studies ghetto in academia will bother to use that data to help other women to avoid the fate of the poor souls laid out in those tabulations.