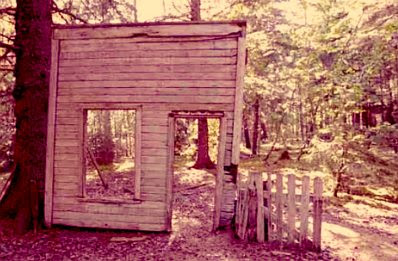 One of the more fascinating aspects of the study of history concerns the genesis and propagation of large new ideas.

An example from the 19th century was the concept of natural selection, which gave birth to the meme now commonly labeled “the survival of the fittest”. The idea spread like wildfire through Western societies over the course of six or seven decades, in the process spinning off corollary memes such as “the death of God” and “social Darwinism”. This popular craze reached its climax in the first half of the 20th century, bringing us scientism, eugenics, Communism, Fascism, National Socialism, and hundreds of millions of corpses.

It wasn’t the result that Charles Darwin intended, but there’s no controlling a powerful idea once it has been set loose amongst a susceptible population.

Big ideas can have effects that reach far beyond the mere political. A more recent example is the widespread notion of “tolerance and inclusion”. This new meme has enjoyed its greatest vogue since 1945, partly in reaction to the apocalypse generated by its immediate predecessor. Among many other dubious practices, it has given rise to affirmative action, the collapse of traditional education, homosexual marriage, mass immigration from the Third World, the all but total elimination of Christian practices from the public square, the sexualization of children, and the destruction of any cultural tradition which tends to favor one group or value system over another.

Although it was a gift to us from the Frankfurt School, its immense popularity and rapid distribution throughout the West tell us that it was an idea whose time had come — something about “tolerance and inclusion” has a deep appeal for the middle classes that has made them ready to incorporate it.

Sometimes it’s hard to spot an intellectual trend until long after it has taken hold and transformed the culture. For the last few months I’ve had my eye on what I call the “Potemkin Syndrome”, which, in contrast to my other examples, is primarily a disease of the elites.

In the late 18th century Prince Grigory Aleksandrovich Potemkin was a minister under (and lover of) Empress Catherine the Great of Russia. Besides the eponymous battleship which became famous during the 1905 Revolution, Prince Potemkin is known to history mainly for his alleged creation of “Potemkin villages”, which were artificial edifices designed to fool his monarch into thinking that all was well among the peasantry in the new Russian colonies in the Crimea and southern Ukraine.

Prince Potemkin was charged with preparing for the Empress’ tour of the lower Dnieper in 1787. According to legend, he made sure that what she saw would please her: he constructed false-front villages along the shores of the river, painted to look like prosperous houses and farms. The story also says he costumed a few well-fed peasants in respectable clothes to stand in front of the flats so that Catherine would see the countryside as the abode of well-fed and happy subjects instead of desperate serfs starving in hovels.

This myth has no discernible basis in fact, and is considered by most historians to have been fabricated by Potemkin’s political enemies.

Alas for the poor Prince, however — it was an idea whose time had come, and the name stuck. Potemkin villages they were, are, and always will be.

A “Potemkin village” has come to mean “any deliberate construct which lacks actual substance, but is cynically designed to fool others into thinking it is real”. As the modern bureaucratic welfare state has metastasized into the gargantuan tumor that it is today, the incidence of Potemkin-like behaviors has increased exponentially. The more labyrinthine the bureaucracy, the more opportunities for its functionaries to set up false fronts to fool their superiors — or the public they ostensibly serve.

The Soviets were famous for Potemkin-village constructs, with entire industries spun out of gossamer to please the Central Committee or fool the capitalists into thinking that Socialism really did work. Now that the 21st century Western social democratic welfare state is rapidly transforming into a U.S.S.R. Lite, it’s no surprise that Potemkin villages of various sorts are popping up all over the place.

What? You don’t believe they exist? You think they are all painted false fronts?

Then let’s look at the statistical facts. No, wait; we can’t — the governments of Europe mostly prohibit the accurate collection of statistics on race and ethnicity as they concern crime and unemployment. They can’t keep all those Moroccan and Turkish and “Asian” Potemkin villages propped up using real statistics.

Apparently Germany has no problems. So the taxpayer-financed German Institute for Human Rights is sending an insistent reminder to strike the term “race” from Article 3 of the Constitution. The term “race” is, well, racist. Aha!

Each theory that bases itself upon the existence of differing races is in itself racist, said Director Beate Rudolf on the occasion of the publication of a positional paper by the institute Tuesday in Berlin. The European Parliament has already declared itself against the term “race” in the legal texts of the European Union. A few European countries have distanced themselves from the term in their national law.

“Such a step is overdue in Germany,” Rudolf said. The term “race” should be replaced with a ban against “racial” discrimination or preference.

But wait — how can we guard against racial discrimination if the term “race” itself is banned? Never mind that! Leave it to the Central Planning and Coordination Bureau — they’ll figure it out somehow.

In the meantime, just look how attractive those Potemkin cottages are, with their thatched roofs and flower boxes!

The same syndrome is deeply embedded in the urban welfare systems of the United States. No honest assessment of the effects of race-based policies can be publicly made. Even though the dreadful statistics are available in most cases, to cite them publicly or use them as a basis for a change in policy is simply not done. It’s a career-ender. Anyone who dares to question the orthodox view is instantly buried in a hail of “racism” accusations.

We have our nice Potemkin village of multicultural diversity painted in all the colors of the rainbow. Isn’t it beautiful? Why would anyone want to say anything bad about it?

But the biggest Potemkin villages of all may be found scattered throughout the current financial crisis. I’ve written previously about the Potemkin Economy, and new examples of it are being feverishly constructed every day. It’s imperative hide the hovels and emaciated serfs that cover our post-bubble landscape.

Media outlets in European countries have been requested by their governments not to publish alarming data about the state of the Eurozone economy or the danger of collapse. That’s the EU plan to cope with the continent’s economic problems: hide them where the public can’t see them.

The Obama Administration has similar methods of coping. To deal with the effects of globalization, it decided to close the International Labor Comparisons Office. Without all that annoying information, there are no nasty facts to interfere with the latest upbeat talking points:

Like a scorekeeper for the world, a tiny unit within the Bureau of Labor Statistics tracks globalization’s winners and losers, and the results are not always pretty for the United States. Manufacturing jobs here, for example, have fallen faster since 1979 than in Canada, Germany or Japan. Compensation for those jobs dropped here in 2008 but jumped in South Korea and Australia.

Soon, however, Americans may be spared the demoralization in these numbers: The White House wants to shutter the unit that produces them.

President Obama’s budget would eliminate the International Labor Comparisons office and transfer its 16 economists to expand the bureau’s work tracking inflation and occupational trends. The White House says the cut, estimated to save $2 million, is one of many difficult decisions the president was forced to make to control spending.

No statistics, no facts — no problem!

Another major false front may be observed in the handling of the debt crisis. The massive load of sovereign debt hanging over the United States has made the traditional customers for Treasury bonds chary of buying any new ones. China has all but ceased its lending to the U.S. government, and Japan has reduced its level significantly. Under normal circumstances, this would cause the interest rates on our bonds to rise, increasing the expense of capital for the borrower and forcing the demand to match the supply.

But the geniuses in our government have figured out a way to short-circuit this process: the Federal Reserve is buying up Treasuries to keep the interest rates down. This makes as much sense to me as drinking your own urine when you’re thirsty — but then, I’m not an economist, so what do I know?

Europe is doing something similar: the European Central Bank is busy buying up the sovereign debt of “problem” EU member states like Greece and Spain. This serves a dual purpose: it cuts down the debt costs for the countries involved, while allowing the maintenance of a smiley-face economic cover for the European Union. With the help of the compliant media, all dutifully avoiding discussion of imminent economic doom, the shaky European Potemkin village is holding together — so far.

These debt shell-games are just part of a larger Potemkin strategy. National, state, municipal, and private pensions are grievously underfunded, but that’s another distasteful reality concealed by the brightly-painted false fronts. The demographic bomb will detonate all too soon, but nothing much is being done besides some sporadic attempts to raise the retirement age.

The most deceptive fronts of all are the global Potemkin villages that are simultaneously erected by mainstream media outlets all over the Western world. State and private media alike shy away from disclosing many of the ugly realities that face their audience. The great issues of the coming generation will be demographic and fiscal collapse, exacerbated by the opportunistic virus of expansionist Islam.

But we don’t talk about that. The banner headlines hanging from the eaves of our charming little village concern global warming, or racist Tea Party participants, or AIDS, or Tiger Woods, or “Sex and the City”. There’s no need to look at all those distasteful and vulgar facts behind the colorful but flimsy front.

Big Media doesn’t care, because it doesn’t have to.

Truly, Death by Silence is the Potemkin Metropolis of our time.

5 thoughts on “The Potemkin Syndrome”