This article by Alexander Maistrovoy appeared recently in The Canada Free Press.

[Gates of Vienna previously posted an essay by Mr. Maistrovoy almost a year ago] 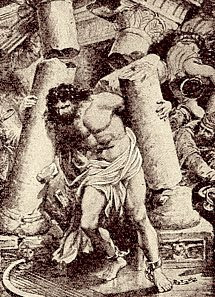 “When people speak about human rights, everyone has in mind his own ones”, German scientist and publicist, Wilhelm Schwebel, wrote. His words perfectly reflect the issue of “breaking” the Gaza blockade. These actions are as related to human rights as Josef Stalin’s “fight for peace”.

Not a single person has died of hunger in Gaza. They die in the other parts of the world, like Kirghizia, but nobody cares. The rights of Palestinians are above the rights of, say, the Uzbek people as well as Sudanese Christians, Iraqi Kurds, Boers in Southern Africa, “Ahmadyya” in Pakistan and the Baha’i in Iran. Palestinians are the high caste of mankind because (fortunately for them) they are up against Israel, and the international community has its own rights and interests in this conflict.

The aims of these powers are completely contrary to the aims of the other two leading players in the region: Israel and the moderate Arab regimes.

The goal of Israel is simple: to provide for its own safety by weakening HAMAS and depriving it of its life support: weaponry, rockets and building materials to fortify smuggling and transportation tunnels and defensive bunkers.

Arabs fear the Iranian Shiites. Nor do they want Turkey

The goal of the moderate Arab regimes coincides with that of Israel.

Arabs fear the Iranian Shiites. Nor do they want Turkey, which they dislike and fear also, to raise its role in the Middle East. Least of all they are interested in strengthening the Palestinian enclave where the Iranians and Turks will rule.

This is a major concern of the Mubarak regime. Egypt fears the popularity of the Muslim Brotherhood (of which Palestinian HAMAS is an offshoot).

Theoretically both Israel and the Arab regimes are allies of the West. So it would be right to assume that the West will protect them from regional predators, no?

Alas, common sense and political expediency do not work here, for two reasons: the first is the irreparable losses of spiritual and cultural values by the formerly great world civilization, and the second is banal political cowardice.

The radical left and liberal part of the Western elite has voluntarily deprived itself of its own heritage, values and ideals. It has refused its own right to exist, reconciling itself to a secondary role and even as it recognizes its own uselessness.

The supposed “Alliance of Civilizations “ of Zapatero and Obama is nothing more than accepting voluntarily the status of dhimmitude, while inviting an alien strong, dominant, and aggressive civilization to take the place of their own bankrupt and degraded one.

Obama’s bows to King Abdullah of Saudi Arabia, a mosque in the place of the World Trade Center, kufiyä on Zapatero’s neck, and the Libyan terrorist who had blown up the plane over Lockerbie released “for health reasons” – all are displays of this outlook.

As Israel is the main irritant to Muslims, it loses its right to exist.

Zapatero recognizes the idea almost openly, Obama does it less obviously, but the essence does not change. His recent demands that Israel open its nuclear program for IAEA oversight and that it remove Gaza ‘s blockade are more eloquent than any other words he has spoken.

The other part of the Western political elite, the European right and social-democrats, don’t accept this attitude. However, they don’t have any outlook at all. Their only goal is to keep their power up to the next election and not to “rock the boat”. This ideology of surviving at all costs leads to the policy of appeasement:

Note that none of these is anti-Semitic. Some of these spokesmen are even Jews; they have nothing against Israel, per se. They have even less concern for the simple fact that the Muslim “sea” is flooding their own house, washing away its foundations.

So of what use is it to speak about Israel, Mubarak and the Hashemite dynasty? Why speak at all, if it is more comfortable to be silent? Especially when Big Business, EU officials, “Greens” and anti-globalists, “Human Rights Watch” and their own cultural elite refuse to resist. So they meekly follow the “Alliance of Civilizations”.

The more timorous the policy of the West appears, the more aggressive Ahmadinejad and Erdogan become. The U.S. and Western Europe encourage these hysterical politicians, whose their wild behaviors may lead to uncontrollable consequences.

Fall of moderate Arab regimes in Egypt , Jordan and the Persian Gulf states, Israel will be backed into a corner

If the situation does not change (that is extremely improbable), we will witness a two-act drama.

The first act will be the fall of moderate Arab regimes in Egypt, Jordan and the Persian Gulf states. If it happens, the second act will follow.

Israel will be backed into a corner, surrounded by uncontrollable and mad regimes. It will face total Islamic hysteria. It will witness the circle of its enemies – Turkey, Syria, Iran and their puppets in Lebanon and Gaza – unite with “revolutionary” Muslim brothers in Egypt and Jordan.

Israel will see the silent indifference of the West at best, and shouts of triumph and jeering at worst. The next Holocaust will cease to be an abstraction and become a reality.

Israel will then have only two options: to die without a fight, or to be lost after having destroyed its enemies. In other words, the option of falling victim to genocide or the “Option of Samson”.

Zapatero and Obama believe that Israel will choose the first one. Considering the tragic and painful history of Jews, from Maccabeus and Jerusalem’s zealots to the Warsaw ghetto and the Six-Day War, I would not hurry to any conclusions.

And in this case there will be no outside observers…

I was born in Moscow in 1960. In the 80s I began working in journalism and my work was published in various Moscow newspapers.

I immigrated to Israel in 1988 where I work for the Russian-language Israeli press. For about fifteen years I’ve been a political analyst and journalist at the newspaper Novosty Nedely (“News of the Week”).

I live in Jerusalem, write about politics, social life and religion. A number of English Internet editions and websites have published my work.

Mr. Maistrovoy can be reached at amaist@lycos.com

Here is his archive from The Canada Free Press

17 thoughts on “The Samson Option”