Our Swedish correspondent Freedom Fighter has translated an article from Sydsvenskan about the latest incendiary incidents in the culturally enriched Rosengård neighborhood of Malmö. The translator notes:

In Sweden’s Malmöstan, the Rosengård district is dominated by Arab Muslim refugees from war-ravaged places like Iraq and Somalia. The Swedish fire brigade and emergency services need police protection before they dare enter the area.

On Monday morning, emergency services managers will meet to discuss how the underground garage fires in Rosengård — of which in this year alone there have been some 25 — are to be handled. 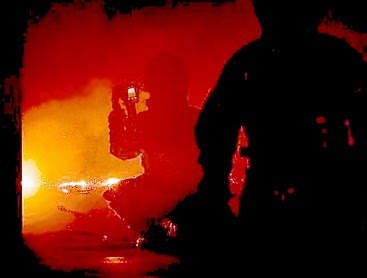 On 11pm on Saturday night came the first alarm that two cars were burning in the underground garage at Ramels road in Rosengård.

Police secured the scene of the fire, but were subjected to stone-throwing.

“We received indications from police that we should leave,” says Torbjörn Krokström from Rescue Service South.

At 00:52 Rescue Service South left the burned garage, under their own guidelines for the management of risk and violence.

The fire was then extinguished after destroying four cars, but due to stone-throwing, emergency services were unable to stay on for follow-up control and airing of the garage

On Sunday, Rescue officer Torbjörn Krokström worked to summarize an account of fires in underground garages in Rosengård so far this year.

“In Ramels road alone there have been seven underground fires this year. In all of Rosengård there were probably up to 25,” he says.

Fires in underground garages, even without stones, are a safety problem. Large amounts of smoke can accumulate in garages, creating poor visibility and concern for the strength of the structure in the even of any gas explosion. In March, two fireman [equipped with smoke helmets] were lost in a smoke-filled basement on Ramels road and a rescue effort began, though it was discontinued after a few minutes when the two missing fireman found a way out of the smoke-filled garage

On Monday morning the garage fire statistics will serve as the basis for the civil protection managers’ emergency security meeting.

“The next stage will be meetings with police and property owners about the situation,” said Torbjörn Krokström at Rescue Service South.

15 thoughts on “Underground Carbecue in Rosengård”