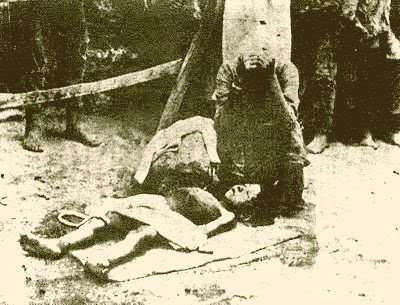 Concerning my previous post about the halal-slaughtered shop owner in Denmark: the date of the referenced Armenian massacre was 1895, and not 1915. Twenty years before the Armenian Genocide of the Great War, an Ottoman massacre of Armenians took place in Urfa.

Andy Bostom has kindly pointed us to the reference in his book, The Legacy of Jihad (page 674), citing Lord Kinross in The Ottoman Centuries: The Rise and Fall of the Turkish Empire (New York: Morrow Quill Paperbacks, 1979, pp. 559-560): 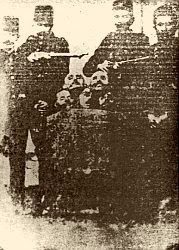 Cruelest and most ruinous of all were the massacres at Urfa, where the Armenian Christians numbered a third of the total population. Here in December 1895, after a two-months siege of their quarter, the leading Armenians assembled in their cathedral, where they drew up a statement requesting Turkish official protection. Promising this, the Turkish officer in charge surrounded the cathedral with troops. Then a large body of them, with a mob in their wake, rushed through the Armenian quarter, where they plundered all houses and slaughtered all adult males above a certain age. When a large group of young Armenians were brought before a sheikh, he had them thrown down on their backs and held by their hands and feet. Then, in the words of an observer, he recited verses of the Koran and ‘cut their throats after the Mecca rite of sacrificing sheep.’ [emphasis added].