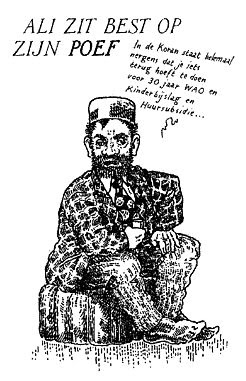 “Ali sits quite nicely on his ottoman”


Nowhere in the Koran does it say you have to do something in return for 30 years of benefits and child care and housing subsidy.

We’ve heard a lot recently about the persecution and threats aimed at the Danish cartoonist Kurt Westergaard and the Swedish artist Lars Vilks, who are both the targets of death fatwas for “blasphemy” against the prophet Mohammed via their drawings.

The Dutch artist Gregorius Nekschot is also being persecuted for his anti-Islamic cartoons. Unlike Messrs. Westergaard and Vilks, however, Mr. Nekschot is being hounded by his own government. His case has been pending for two years, and now there are indications that it may actually be brought to court.

Our Flemish correspondent VH has compiled a report about the latest on Gregorius Nekschot, beginning with a translated article from De Pers:

In the case against “Gregorius Nekschot”, a “cartoon expert” has made an exculpatory statement. An Arabist calls the judge biased.

The preliminary investigation of the cartoonist who goes by the pseudonym Gregorius Nekschot is almost ready. After this the Public Prosecutor [OM, Public Ministry] will decide whether Nekschot, who almost two years ago was arrested by ten police officers in the middle of the night and was kept imprisoned and interrogated a day and a half, will be prosecuted for insult of a group, discrimination and incitement to hatred against Muslims and immigrants. It is “not a matter of months” before that decision will be made, a spokesman of the OM said.

The charges that led to the arrest were based on complaints filed by the convert Abdul-Jabbar van de Ven, who in November 2004 in a TV show, shortly after he was delighted to hear of the murder of Van Gogh, that he hoped Geert Wilders would soon die, though not killed by a Muslim [source]. During the interrogation, Nekschot was told: “What you make is much worse than what they made in Denmark. Do you understand what it means when your identity becomes known?”

Returning to the De Pers article:

At the request of the defense, witnesses have been heard, including Koos van Weringh, former criminology professor, and nowadays an expert on political cartoons. Van Weringh is not available for comment, nor does Nekschot’s lawyer, Max Vermeij, want to tell what his testimony was, but it can easily be deduced from an article Van Weringh wrote for the magazine De Journalist.

“What happened to this artist seems a magnificent example of a display of power by political leaders and the judiciary. I know of no example in Dutch history of an arrested cartoonist.” Van Weringh recalls that in 1936 only under pressure from Germany, the maker of a cartoon about Adolf Hitler was prosecuted for insulting a befriended head of state. And after an initial conviction he was acquitted following an appeal. To Van Weringh it appears quite “random” why one drawing leads to a prosecution and the other does not. “In the Nekschot case, the Landelijk Expertisebureau Discriminatie [National Discrimination Expertise Office] became involved. And then the New Testament word applies: Seek and ye shall find (Matthew 7:7).” That experience belongs to the OM in Amsterdam.

The Arabist and former professor Hans Jansen has also been heard. He posted about this on the blog Hoeiboei [please see below, “A little graphite pencil is more deadly”]. According to him, Nekschot challenges “the ideology of the Taliban with pencil and paper, not with firearms”.

“These justice employees are cowardly,” Jansen wrote in a note to this newspaper. “Would they be equally brave invading war veterans?”

Jansen stated to the judge — as apparent legitimization of Nekschot’s cartoons about Islam — that Sharia is the main part of Islam, that there is general consensus among Muslim scholars that the content of Sharia is a full-fledged legal system, and that the Sharia makes “a sharp distinction between men and women, between Muslims and others, between slave and free”. But Jansen has little confidence that that his message got through. “The judge tried to reduce the Sharia to a form of canonical law, comparable to the bloodless Reformed Church Order, or the Roman rules on celibacy. That is a fallacy.”

Jansen “hopes that he is mistaken”, but believes that the court is trying to disqualify him. He gathers this from how his statement was recorded. From a long elucidation about the Islamic profession of faith, said Jansen, there only remained: “the profession of faith of Islam is aggressive.” This without the context gives a strong signal that I would not be objective or an expert, and that is of course what the court is intending.”

The judge in question announced through a spokeswoman: “If Jansen has complaints, he should turn to us, not to the newspaper.” 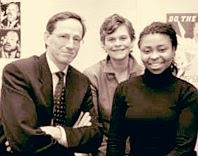 Vreekamp signed on to a left-wing appeasers’ “List of signatories, General Statement for Tolerance and Against Exclusion” of the progressive anti-discrimination industry.

But that is just the tip of the iceberg.

by the Arabist Hans Jansen

Sometimes people say something that is so far beyond my comprehension that I do not understand it, or afterwards think that I have remembered it wrong. For example, a few days ago I read in the newspaper that British soldiers returning from Afghanistan at their homecoming are being booed at. Although it was not mentioned, I understood by whom.

Right after that I had a conversation with two jurists, one a lawyer, the other member of the judiciary. I did not understand the conversation well, or remember it incorrectly. I tried to explain that the Netherlands, just like England in Afghanistan, is fighting against the Taliban. That the cartoonist Gregorius Nekschot contests the ideology of the Taliban with pencil and paper, not firearms. But that Nekschot was dragged from his bed by a SWAT team sent by the Dutch public prosecutor Paul Velleman [the same prosecutor in the Wilders trial], and thrown in jail.

Mr. Velleman is expert in the field of discrimination. Despite his large and widely-acknowledged expertise he still has not issued a summons against Nekschot, the case remains as (in the most literal sense) making him suspect, on the taxpayer’s account.

When such things happen to someone who only contests the Taliban with a pencil, I asked the two gentlemen, what kind of risks do soldiers run, who with real firearms stand face to face with the Taliban? One of the lawyers said, grinning, that indeed it happened regularly that soldiers were arrested for failing to properly follow the combat rules of engagement.

What was that grin about? My stupidity? The stupidity of those who go to Afghanistan, who had let themselves in good faith be deployed? Had I understood this man correctly? Did I have a fever?

I looked up the heading “Mr. Paul Velleman” in Wikipedia. The man is a hero, a fighter for free speech, although, unfortunately, not everyone’s free speech. According to the Wikipedia, he decided that Gretta Duisenberg would not be prosecuted for anti-Semitism, although her words (an insignificant joke, something about six million?) might possibly have been “insulting and offensive to Jews”. Also for non-Jews, I would add.

He decided that the preacher Sheikh Fawaz Jneid will not be prosecuted because of the barely disguised call for murder he has issued and continues to issue during his sermons from the pulpit in the mosque.

Velleman has also decided that Gregorius Nekschot, however, will still have to appear in court, or at least to permanently threaten him with it. For indeed, the little graphite pencil of Nekschot is more deadly than the weapons of the Dutch soldiers in Afghanistan.

It may be hoped that the Afghanistan veterans will respond to Mr. Velleman’s SWAT team with gentleness similar to that of Gregorius Nekschot. However, a number of those who went to Afghanistan have fallen, and will not object much. But before a SWAT team retrieves the survivors, first check carefully to see whether the latter turned over their arms, is my advice.

The following cartoons were taken from HVV and the Nekschot website. 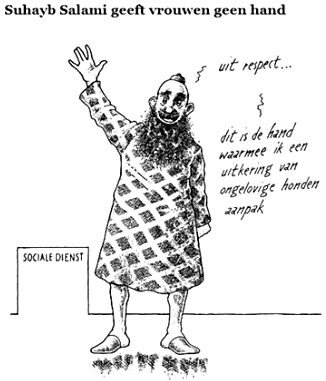 “Suhayb Salami does not shake hands with a woman”


Out of respect — This is the hand with which I take benefits from infidel dogs. 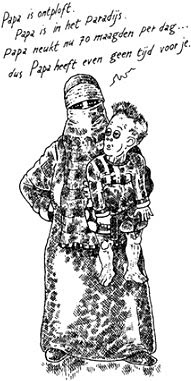 Papa exploded. Papa in Paradise. Papa now f**** 70 virgins a day… so Papa has no time for you now. 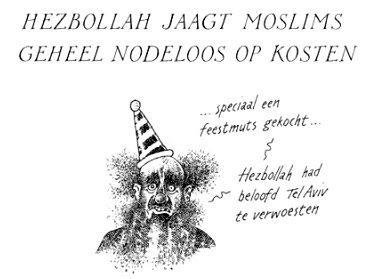 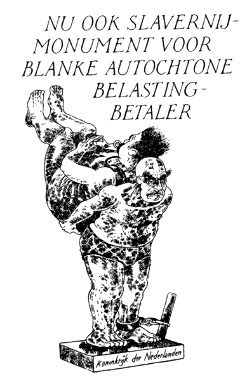 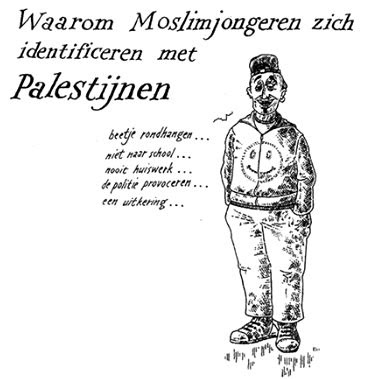 “Why Muslim youth identify themselves with Palestinians”


A little hanging about, not in school, never any homework, provoke the police, the dole … 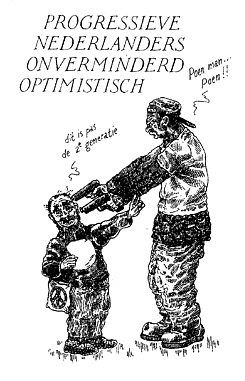 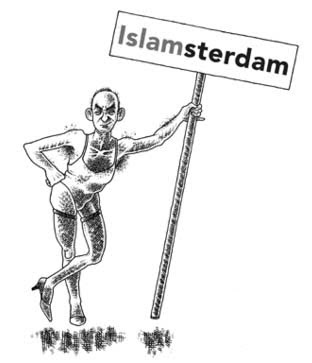 3 thoughts on “Fighting the Taliban With Pencil and Paper”