Yesterday Heroyalwhyness wondered if any of Geert Wilders’ three trial witnesses might become vulnerable to prosecution due to their opposition to Islam. A German reader wrote me last night with an extensive explanation about what the issues are in this regard, and what their ramifications might be for the larger struggle:

In response to the question I read earlier this day:

An important question, sent by Heroyalwhyness:

Just read your update of Geert’s trial and the limitations on his witness list.

All of the witnesses allowed hold similar views to Wilders. What legal assurances, pray tell, are these witnesses being given that they too will not be prosecuted for their testimony?

Do any of our Dutch readers know the answer to this question?

First of all we must remember that the public prosecutor (OM) rejected the original complaints for prosecution. The (eight) complainants appealed against this rejection, which led to the current process. So the rejection by the public prosecutor (OM) is overruled by the court (hof van justitie). The court explains its motivation for prosecution with the following statements: 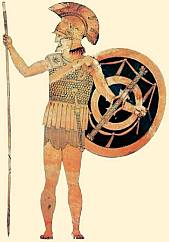 “In general the court states that the tradition in the Dutch cultural debate is based on explicit tolerance towards each other’s conceptions, and that from Muslim immigrants we may expect understanding for the prevailing sentiments in the Netherlands towards their religion, which is at certain points at tension with the Dutch and European values and norms. About insulting expressions the court prefers political, social and other juridical opposition than criminal law, through which an active participation in the public debate, by Muslims also, is stimulated.

The reason for prosecution is the combination of insult (by the comparison with Nazism) and the increasing fierceness of Mr. Wilders’ expressions and by these the disturbing of the democratic order. The witnesses have no reason to be scared of prosecution for two reasons:

Many in the Netherlands express the same views as Mr. Wilders. I myself was at the demonstration in front of the courthouse. I have seen with my own eyes that a significant number of the demonstrators were well-educated people. The Dutch debate on integration has been very fierce and insulting for years. But when this language reaches the national politics, many in Europe become very nervous. We all know why.

In my opinion an important forgotten distinction should be added to the vocabulary of the opposition to Islam. I have never heard anyone mention it. The European political tradition has always distinguished between a public enemy (hostis) and a private enemy (inimicus).

Inimicus is the hostility (Feindschaft) between people or organisations within the political (and therefore juridical) order. The laws and juridical system are sufficient to solve this kind of hostility. 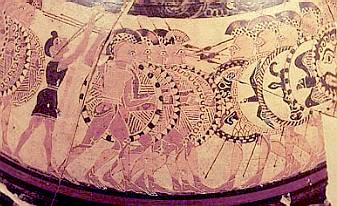 This abstraction of the hostis (Feind-erklärung) works to Mr. Wilders’ disadvantage. Because this important distinction (introduced by the Greeks and Romans) is lost to the public consciousness, Wilders’ distinction between Islam and Muslims can no longer be seen, and therefore his message is understood as hostility towards individual Muslims. Most of the individual Muslims are not hostile, but as a group they can be hostile towards the democratic foundation, for instance by the lack of active support of it. This hostility now seems to exist. I suspect that the worldwide opposition to Islam will remain fragmented until people understand this real distinction and use it to ground themselves.

When Jesus speaks about ‘turning the other cheek’ he means, of course, the private enemy (inimicus). Men should be friends as private persons, no matter what. No Christian ever intended to give the political order away to solve his private hostility. But that is what’s happening now. As a Dutch-German I see in the Netherlands and Germany (as well as in Austria and Switzerland) enough opposition to beat the Islamic influence in Europe, but first we must know what we are doing, and which tools we have.

I hope to have answered the good question sufficiently, although it was a bit long.

2 thoughts on “Hostis vs. Inimicus”