Surprisingly enough, Denmark has a gangsta rap subculture, and what may be the youngest rapper in Århus has just gotten himself into hot water.

Our Danish correspondent TB has compiled a report on this enrichment incident, beginning with a brief English-language summary from The Copenhagen Post:

Classes in rapping at an Århus youth club have been abruptly halted after an 11-year-old student was allowed to write and perform a song that included lyrics about killing right-wing politician Morten Messerschmidt of the Danish People’s Party.

According to B.T. newspaper, the boy’s rap included the line ‘I have a single bullet for Messerschmidt because he talks a lot of s**t’. The boy was being tutored by underground Århus rapper Carthage Beck McGosh.

After finding out about the song, the youth club’s manager had the classes immediately stopped. However, the project leader said the classes would resume in two weeks after a new teacher was found. 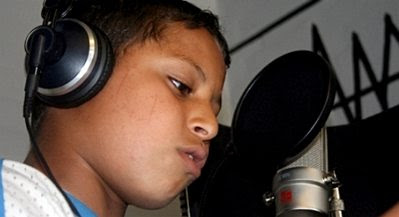 The original article in Danish from before the rap school was closed has pictures of the enricher: “May I introduce you to Salman Aqbi and his teacher Carthage Beck McGosh” (scroll down when entering the page to see the shiny happy people). 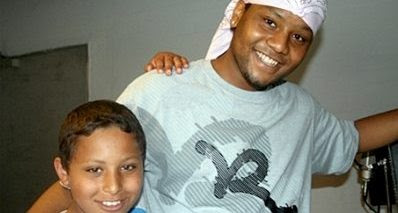 In the original article the lyrics have now been deleted by the paper. But Uriasposten has them and I have translated the first and most important part of it below (with some modifications where needed):

Ey yo,
all that Gangsta Funk,
are you crazy man.
I sell Gangsta skunk till they get all f****d up,
become crazy,
can’t you understand,
till they lose their color, listen

And so on… you get the point. Really inspiring stuff!