We’ll start June off with a Nazi from the United Kingdom of Great Britain and Northern Ireland.

The Prime Minister, no less! Who would ever have thought that Gordon Brown would align himself a totalitarian political ideology that uses state-sanctioned intimidation and violence to suppress all political dissent? 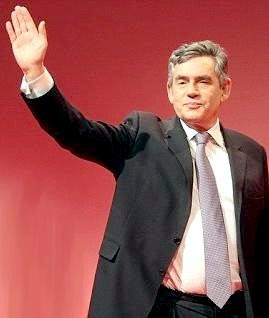 A spokesman for Mr. Brown denies that the Prime Minister was doing anything unusual, and insists that he was in fact simply drying his cufflinks, which had just been washed by a servant.

But we know better than that!

Yet another fascist has been flushed from his hiding place for all to see!

8 thoughts on “Nazi of the Week”