We’ve come a long way in just a little over two years.

The first Counterjihad Summit was held in Copenhagen back in April 2007, and the European and North American networks have been developing continuously since then. CVF — which has recently been folded into the larger and more comprehensive International Civil Liberties Alliance — followed up with Counterjihad Brussels 2007 and Counterjihad Vienna 2008.

Last weekend a group of like-minded people convened in Copenhagen for Counterjihad 2009. Unlike some of our previous efforts, this was a working meeting, and did not feature a slate of prominent speakers in a conference format. It was designed to strengthen, extend, and deepen the existing networks of anti-jihad activists and bloggers.

The following countries were represented at the summit:

The participants were a mix of writers, bloggers, webmasters, activists, and members of political parties. Among them were:

The meeting was held on Saturday May 16 and Sunday May 17. The sessions on each day were organized as roundtable discussions in a workshop format. Each session had one or two presenters, but the entire process was interactive throughout, with several ICLA leaders acting as moderators of the discussions.

ICLA — like its predecessor CVF — is not itself primarily an action-oriented group. We are network facilitators, and our goal is to bring different groups and sub-networks into contact with one another, enhancing communication and improving the overall coordination of Counterjihad activities.

Day One focused mainly on the network, and was more about process than content. Presenters discussed various aspects of organizing and maintaining Counterjihad networks in Europe and North America, and how different groups interact and respond in their respective societies.

Given the nature of our work, these networks must often be unobtrusive and non-public. Depending on the countries involved, our activities may be subject to harassment from government authorities, quasi-governmental entities such as Antifa, and Muslims. Several sessions dealt with the practicalities of recruiting, operating, and expanding under these circumstances, paying special attention to security issues.

Day Two concentrated on action, which is the end result of all our networking and organizational efforts. Topics included demonstrations, public-awareness actions, legislative initiatives, letter-writing campaigns, and a “housewife’s kit” for ordinary citizens interested in the Counterjihad.

Day One: The Network

I opened the proceedings with an introduction to “The Distributed Counterjihad Network”. In the next day or two I’ll post a report adapted from my remarks and the discussion that accompanied it.

The second session was “Among Criminal Muslims”, a report by a Danish psychologist who has extensive personal experience dealing with the most criminal youngsters in Denmark. The majority of these are Muslims, and this has important implications for dealing with problems of integration. He gave an account of his experience, describing how the existing prison system tends to encourage and harden extremism. The discussion focused on the way “natives” are forced to interact with a Muslim population that includes a high proportion of violent criminals.

In the afternoon one of the leaders of ICLA gave an excellent presentation on the current crisis of the EU, especially the financial crisis, and how it will affect the growing resistance to immigration and the Islamization of Europe.

ESW gave a report and slideshow on current conditions in Kosovo, with Serge Trifkovic providing background information and historical details.

Other issues that were covered on Saturday included:

The first session on the second day was chaired by Serge Trifkovic, who brought his extensive knowledge and experience to bear in a discussion about the “Green Corridor” in the Balkans. Kosovo is just one piece of the mosaic that makes up the corridor, which has created a collection of contiguous Muslim entities running all the way from the European portion of Turkey to northwestern Bosnia.

The misguided role of the United States — which seeks to ingratiate itself with Islamic countries by doing good deeds for Muslims — is one of the main issues to consider when analyzing political affairs in the Balkans.

The topic was part of a wider discussion on “Jihadist Geopolitical Designs”.

Legislative initiatives are perhaps the most important field of action. Designing, writing, and proposing laws — even if they fail to pass — focuses the spotlight on sharia and the dangers of Islamization, building public awareness of the problem. Well-informed members of the network become lobbyists against sharia, establishing working relationships with receptive politicians at the local and national level.

Our Austrian correspondent ESW headed two sessions. The first concerned the legendary fifteen demands of the Akademikerbund Manifesto, which was reported in this space last year. The Austrian Counterjihad faces problems regarding the introduction of legislation, and ESW summarized what is being done to work around the problems.

ESW’s second session concerned “Counterjihad for beginners”. As we encounter people who take an interest in resisting Islamization, and basically agree with us, the pertinent question frequently is: “What can I do about it?”. ESW introduced a “housewife’s kit” that lists a wide variety of useful things that can be done easily, on the cheap, and with minimal or absolutely no personal risk.

During the rest of the afternoon several presenters covered various action-related topics, including engaging our opponents in the war of ideas, and the necessity for controversial and provocative tactics. The last several hours were taken up with a general discussion and an exchange of useful practical suggestions.

After the sessions on Saturday and Sunday, a number of the participants adjourned to Steen’s salon to continue our discussions over food and adult beverages. 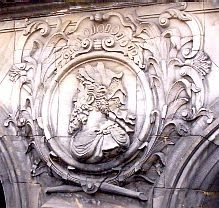 In many ways, this is my favorite part of such meetings: a small gathering in an informal setting where a free range of opinions flows. Some of our best ideas are hatched under these circumstances.

As I sat there listening to the flow of conversation around me, I heard French, German, Romanian, Swedish, Danish, and English being spoken. The Scandinavians conversed among themselves in one or more variants of their own languages, with word changes thrown in to account for differences in vocabulary between Swedish and Danish. But when the conversation encompassed a larger group, English — thank God! — was the common tongue.

This, I thought, is the real Multiculturalism at work.

This was a group of like-minded European volunteers gathering for a common purpose.

Some of the most brilliant minds of the Western world were present in Steen’s flat on those two nights. If the world were organized rationally, these people would hold political office or be helping to form public policy in their respective countries. But, as it is, they have to use pseudonyms, hide their activities, and fly under the radar to avoid persecution for mounting a resistance to the destruction of their countries and their cultures.

Such is the sad level to which Western Civilization has sunk.

Given my imminent unemployment and reduced circumstances, Counterjihad Copenhagen 2009 will likely be my last such event for the foreseeable future. But we’ve come a long way in two years, and the Counterjihad network will function perfectly well in my absence.

Our initial goals have been met: we have formed a well-functioning decentralized network that connects different organizations and individuals together as they work towards a common goal. Information travels quickly and efficiently within this network and its associated organizations, providing an opportunity to plan and coordinate actions in different countries. Translations of relevant material into all major European languages is routine, and ensures that local groups do not remain isolated and atomized.

People know the obstacles and risks that they face when they volunteer for the Counterjihad. They are automatically stigmatized as “racists”, “xenophobes”, “neo-Nazis”, and “Islamophobes”. They risk losing their jobs and their livelihoods, and in some countries they can be prosecuted for their opinions under the laws against racial discrimination.

Yet still they join the resistance. This is a visible sign of the depth of feeling among ordinary people about the deliberate destruction of European culture by the transnational elites.

And even now things are changing: all across Europe the right-wing “xenophobic” parties are rising in the polls and gaining seats in local and national elections. Next month’s European parliamentary election will likely result in the entry of Sverigedemokraterna and Libertas into the EP, as well as more seats for Vlaams Belang, the PVV, Dansk Volkeparti, and other nationalist parties.

Some analysts make the mistake of relying on linear extrapolation to predict the future, but historical processes do not follow linear patterns. Affairs tend to proceed smoothly enough for a time, but all the while tension, resentment, and rage are building. Then comes a relatively small event — Gavrilo Princip pulling the trigger, for example — and the world is irrevocably changed.

We’re heading into one of those discontinuities right now, and sooner than most people think.

9 thoughts on “Slouching Towards Copenhagen”