Our Flemish correspondent VH has compiled a report about today’s events in Cologne based on German-language sources. What’s notable about this da’wa operation is the deliberate and well-planned coordination of the city’s Muslims with the extreme Left and the “anti-Fascists”.

The Anti-Islamization Congress and the Counter-Demonstration

First, on the Congress itself, from Politically Incorrect:

The Anti-Islamization Congress has begun

Pro-Köln’s Anti-Islamization Congress, running from 8-10 May, has officially begun with an international press conference and rally in Leichlingen, Leverkusen, and Dormagen. While the Bild newspaper was talking about a “Nazi advance” in Cologne using a fake photo of a Nazi march [one that has nothing to do with this Congress nor the Pro-movement], more than forty accredited journalists who attended the press conference in the building of a law firm in the city of Cologne could discover for themselves that “Nazis” are out of the question here.

From dawa-news (they call it “Islamically Incorrect”, paraphrasing the blog name “Politically Incorrect”), a sticker-like picture reading: “Why do you want to force us to be like you? Why are you repressing/quashing us?” 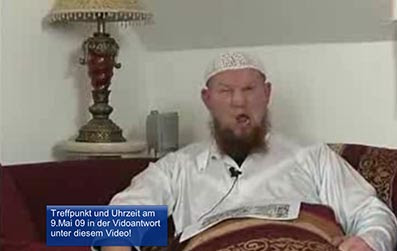 Pierre Vogel a.k.a. Abu Hamza at 04:43 in the video where he shows what the Muslim girls should not do today.

Pierre Vogel (1978) a.k.a. Abu Hamza is a German Islamic preacher and former professional boxer (convert 2001). He is married to a Moroccan woman (chosen for him by his friends) and has two children. His Muslim Da’wa group associates with Leftists (Antifa, Die Linke, etc.). The Da’wa group sent their woman to join the demonstration today (not the men) to hand out leaflets and promote Islam. The Da’wa Muslims side with Antifa and thus LGF. Quite alarming.

Here is the transcript of the video. With a few excisions because Mr. Vogel a.k.a. Hamza repeated the same thing a few times. He also described the picture of Jewish children (in a concentration camp):
– – – – – – – – – 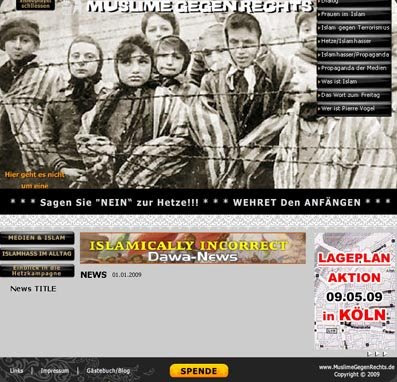 The ‘anti’-film is here with the date: 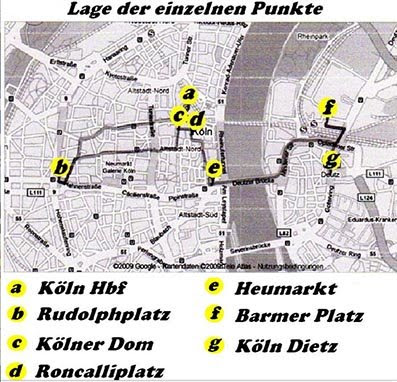 These are the links referred to:

2 thoughts on “Cologne: The Anti-Islamization Congress and the Da’wa Counter-Demonstration”