“There is no use trying,” said Alice; “one can’t believe impossible things.”

“I dare say you haven’t had much practice,” said the Queen. “When I was your age, I always did it for half an hour a day. Why, sometimes I’ve believed as many as six impossible things before breakfast.”

Obama appears to have had more practice than even the Queen. 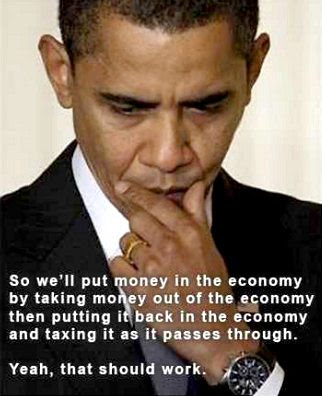 Or, as Thomas Sowell put it, politics is not about facts. It is about what politicians can get people to believe”.