Ted Ekeroth has asked me to publicize a post from Gudmundson’s blog about Mona Sahlin, the leader of the Swedish Social Democrats. It seems that Moanin’ Mona took part in a demonstration yesterday where Hezbollah flags were proudly flown and the flag of Israel was burned.

Gudmundson’s text is reproduced below. But don’t miss the photos: go over to his blog to see them. The poster of Tzipi Livni with a swastika superimposed over her face is particularly instructive:

Mona Sahlin, leader of the Social Democratic Party in Sweden, participated today in a rally where Hizbollah flags waved in the air and an Israeli flag was set to flames. Other participants in the demonstration were Jan Eliasson, former social democratic Minister of Foreign Affairs and former President of the United Nations General Assembly, and Wanja Lundby Wedin, chair of the Swedish Trade Union Confederation.

The rally was organised by the Network Gaza Solidarity, in which members of the extreme left work together with immigrant organisations. The demo started at Sergels Torg, in downtown Stockholm, and then paraded to the Israeli embassy where the flagburning took place.

In the news article in the paper, though, nohing is mentioned about the Social democrats rallying together with Hizbollah-sympathizers.

Dagens Nyheter quotes Mona Sahlin, who “feels great anger”. “What happens in Gaza is terrible. We must protest with full force.”

No comments seem to have been given about the Hizbollah banner or flag burning.

In Norrköping it is said that another representative, Lars Stjernkvist, who is a former party secretary for the Social democrats, also demonstrated under the Hizbollah flag.

The Social democrats is the largest political party in Sweden. Since the loss of power in the elections in 2006 the party chose Mona Sahlin as their new leader. The former party leader Göran Persson took heavy criticism for leaning more towards Israel while prime minister. His successor Mona Sahlin, on the other hand, has created a coalition with the radical Left Party and the Green Party, which both heavily slams Israel.

Erik Svansbo, blogger in Norrköping, has pictures from the demo there, where former Social democratic party secretary Lars Stjernkvist participated under the Hizbollah banner.

Svansbo writes: “I confronted Stjernkvist with the fact that he was in a rally with Hizbollah. There was nothing strange with that, he said.”

Svansbo also noted a sign with swastikas at the demo.

Sydsvenska Dagbladet has pictures from the rally in Malmö where another party heavyweighter, MP Luciano Astudillo (who also is considered to be one of the Social democrat’s up and coming, high in rank within party leader Mona Sahlin’s gang), gave a speech. Next to him stands a guy with a picture of the leader of Hizbollah, Hassan Nasrallah, on his sweater…

Sydsvenska Dagbladet also describes the demo in Göteborg, under the headline “Protesters burned Israeli flags”: “In connection with the rally on Gustaf Adolf Square white cloth with Israeli symbols were burned, and young men dressed in black kicked around with the soot remains.”

This private photo shows that at least one portrait of Hassan Nasrallah, the Hizbollah leader, was carried in the Stockholm demonstration, right beneath the speaker’s corner at Sergels Torg.

The Facebook group for Network Gaza Solidarity features films from the demonstration in Stockholm. In one movie a Hamas flag waves just in front of the speaker Dror Feiler.

In Dagens Nyheter Feiler is quoted saying “We are happy that the Social democrats are with us today in this demonstration. I hope they do not forget this when they are in the government the next time.”

You could see swastikas in the Stockholm protest, too, says blogger Björnbrum.

The Malmö rally, where the Social democrat MP Luciano Astudillo gave a speech, saw at least three large Hizbollah flags, according to a video in the Facebook group for the Network Gaza Solidarity.

(Usually I blog in Swedish, but this story is part of a global context of antisemitism, islamism and leftism that needs to be commented in a language that the world can read.) 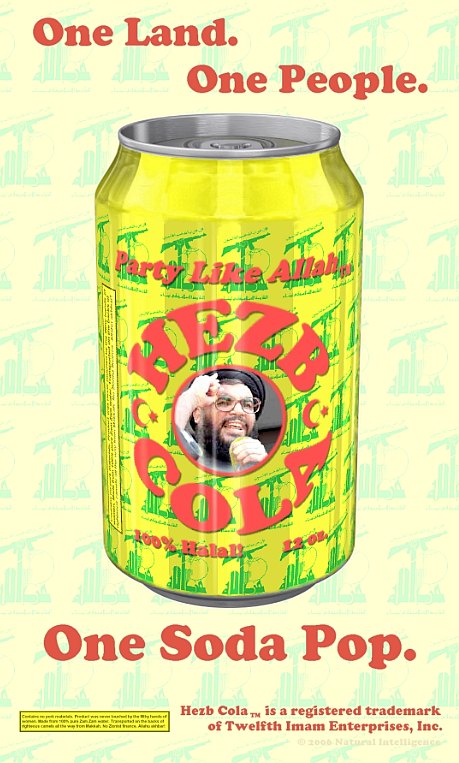