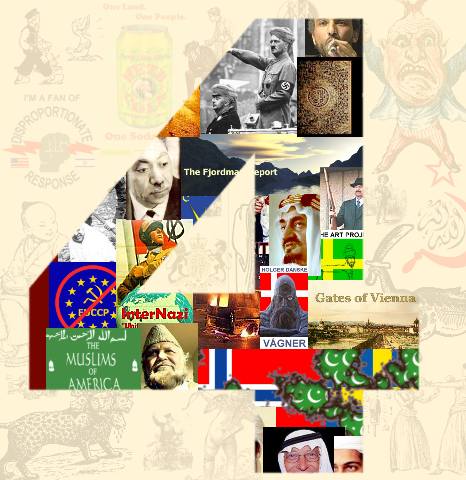 Today we are four. My, how those years have flown since Gates of Vienna was conceived and brought into being!

Our blog has, unfortunately, been flying without me of late, but I asked the Baron if I could write the anniversary post anyway, despite my current lack of input. Being a wise husband, he agreed to have me do it (‘tis a very prudent man indeed who learns early on to say “yes, dear” whenever possible).

We had talked about starting a blog for some time before deciding to commit ourselves to the time and effort it would require. In the process of those conversations, the Baron came up with the name “Gates of Vienna”. That title immediately convinced me we had a firm starting place – to begin with the history which had led us to where we were… where we are still, though things look even more bleak, given the rapid dissolution of former European nations.

Way back then, the Baron described the predicament facing our culture, and task which lay ahead. In summation, he said:

The thesis of this blog is that, like it or not, we are in a religious war. We do not define the terms but we should take careful note of them. We are mistaken if we think the Enemy wants merely to kill us. Once again, Jihad offers two choices to the West: conversion or death. Jihad exists in order to annihilate unbelief. Christians, Jews, Hindus, atheists, or Wiccans, it is all the same to him. [emphasis in the original]

The situation has become even more dire than it was four years ago.

Back then, who could have known how the weapons of the enemy would evolve into something more subtle and corrosive, something that could cause even more long-term stress and fear?
– – – – – – – – –

The major terrorist attacks — in New York, Madrid and London, not to mention the ongoing violence against Israel – are evil, but they are not nearly as dangerous as the threats to our individual and collective liberty which we face now. The slow erosion of free speech will undermine us more surely than any physical attack.

This has become the war against a concerted effort to silence dissent. There will be many battles, but only one of two outcomes: either we will live in a culture which permits myriad points of view, or we will live with a samizdat underground where news and information are passed hand-to-hand, at great risk to those who continue the battle.

Even now, the changing outlines of the future skirmishes are evident. Gates of Vienna, like other small, determined outposts, is being labeled fascist, racist and evil, etc., ad nauseam, in an attempt at intimidation to make us quit the quest for truth. Will such bullying manipulation stop us?

28 thoughts on “Today We Are Four”