As most of you know by now, President Mahmoud Ahmadinejad of Iran has been invited to speak at the UN in New York City later this month. Maybe we’ll get to see the famous halo this time! Keep your eye on the C-SPAN coverage during his oratory and see if you can make it out.

A certain select group of well-meaning progressives decided to take the opportunity of Mr. Ahmadinejad’s visit to host a gala event for him at the Grand Hyatt Hotel in NYC. The invitation list was supposed to be confidential and kept tightly-guarded, but word leaked out, alas, and copies of the invite have spread across the internet:

An invitation to an international dialogue between religious leaders and political figures:

“Has not one God created us?”

The significance of religious contributions to peace

It is an honor to invite you to participate with religious, cultural, and political leaders in a conversation about the role of religions in tackling global challenges and building peaceful societies at an Iftar — a dinner to break the Ramadan fast.

In the presence of

This conversation is the fourth in a series of high-level bridge-building and reconciliation efforts that have helped to build mutual understanding between our peoples, nations and religious traditions. It is our hope that as religious and political leaders, this communal meal and exchange of views will enable us to explore faith perspectives for dealing with global issues such as poverty, war and prejudice while deepening mutual understanding.

The dinner will be at the Grand Hyatt Hotel, 109 East 42nd Street, New York, N.Y., on Thursday, September 25, 2008, beginning with evening prayers from several religious traditions. Please arrive by 6:00 pm to clear security. Following dinner and presentations, the moderator will open the floor for comments and discussion.

Please note, entrance to this event is by limited invitation only. Some members of the media have been invited to cover the event.

RSVP by e-mail to sept25@us.mcc.org no later than Monday, September 15, 2008, confirming you interest in participation and sending us your mailing address. After confirmation of your participation, we will send a card explaining procedures for entry to the event.

The Sponsoring Committee welcomes your participation and appreciates the cooperation of the Permanent Mission of the Islamic Republic of Iran to the United Nations in co-hosting this event.

Yes, I agree; this is appalling. But it gets smellier and smellier the more you look into it. Here’s the bare outline of the facts:

The Grand Hyatt in NYC is owned by the Hyatt Corporation, which is owned by H Group Holding. 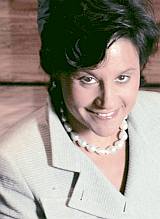 The Hyatt Corporation is a private company owned by the Pritzker family. Penny Pritzker is one of four major heirs.

So Obama’s campaign finance committee’s chairwoman is hosting Ahmadinejad on Thursday at the Hyatt.

The Pritzker family, Penny in particular, were pioneers in creating a new financial product in the late 1990s and early 2000.

It was called the subprime mortgage.
– – – – – – – – –
When their bank failed, they ended up owing the government half a billion dollars in unreimbursed FDIC insurance payments.

I’m a rank amateur when it comes to banking, and I know nothing about the details of campaign finance, especially in the Democratic Party.

But I’m fortunate to have a contact in Chicago named Lionel who knows a lot about both topics, and here’s what he sent me earlier today in an email, in addition to the facts listed above:

Stop Iran Now has organized a rally to protest the presence of Mr. Ahmadinejad at the UN. It will be held at Dag Hammarskjold Plaza on September 22 in front of the UN building.

The Obama Campaign Finance chairwoman Penny Pritzker’s flagship Grand Hyatt Hotel in NYC will roll out the red carpet for wannabe mass murderer Mahmoud Ahmadinejad, the President of the terrorist state of Iran, for a lavish dinner on September 25.

Mind you, this “meal of appeasement” will be just three days after the September 22 rally to protest tyrant Ahmadinejad’s UN speech. Obama’s surrogate Hillary Clinton fled from a bipartisan opportunity to join the Republican Vice Presidential candidate Sarah Palin at the rally, which is sponsored by several national Jewish organizations. Clinton’s staff complained that the attendance by bipartisan speakers would make the rally a “partisan event.” Go figure.

And now Sarah Palin has been disinvited by the panicked organizers of the rally, under pressure from the Democrats.

So… let’s look at the whole picture:

Penny Pritzker, Obama’s chief fundraiser — the owner of the hotel hosting Ahmadinejad and heir to the Hyatt billions — is a pioneer in the subprime mortgage industry and a key force in that industry’s subsequent melt-down. The Hyatt businesses run by Penny Pritzker have included Superior Bank, which went bankrupt in 2002 still owing U.S. taxpayers most of the half billion dollar FDIC payout to depositors.

One of Obama’s first executive decisions in 2007 as a presidential candidate was to appoint Penny Pritzker as Chair and Treasurer of his campaign finance committee. Allegations of Obama’s campaign receiving foreign and especially Middle Eastern campaign contributions — which would be against U.S. law — have dogged the Obama campaign ever since.

There’s no word whether Obama will attend the September 25th Hyatt banquet to meet with Ahmadinejad. The Obama-Biden platform on Iran calls for diplomacy without preconditions, U.S. economic investments in Iran, and Iran’s entry into the World Trade Organization. According to the platform, “Seeking this kind of comprehensive settlement with Iran is our best way to make progress.”

In early September 2008, two weeks before Pritzker’s fabulous feast for Ahmadinejad, the Iranian Parliament passed a bill making apostasy — leaving the religion of Islam, or even writing about leaving the religion — a crime punished by the death penalty. This past month, Iranian human rights activists, and especially women’s rights activists, have been imprisoned in a new crackdown in preparation for Ahmadinejad’s U.S. trip.

And Obama’s platform on Iran makes no mention of human rights. Are you surprised?

Consortium News has more information about Ms. Pritzker and the banking industry. Here’s an excerpt:

Though Superior Bank collapsed years before the current sub-prime turmoil that is rocking the world’s financial markets — and pushing those millions of homeowners toward foreclosure — some banking experts say the Pritzkers and Superior hold a special place in the history of the sub-prime fiasco.

“The [sub-prime] financial engineering that created the Wall Street meltdown was developed by the Pritzkers and Ernst and Young, working with Merrill Lynch to sell bonds securitized by sub-prime mortgages,” Timothy J. Anderson, a whistleblower on financial and bank fraud, told me in an interview.

“The sub-prime mortgages,” Anderson said, “were provided to Merrill Lynch, by a nation-wide Pritzker origination system, using Superior as the cash cow, with many millions in FDIC insured deposits. Superior’s owners were to sub-prime lending, what Michael Milken was to junk bonds.”

In other words, if you traced today’s sub-prime crisis back to its origins, you would come upon the role of the Pritzkers and Superior Bank of Chicago.

There’s a little background on Pritzker’s family influence on raising money for Obama in The Washington Post, and more on Pritzker in this Bloomberg article — it’s a puff piece, but there’s a lot of detail in it. Note that this indicates that most of the half a billion has been repaid to depositors, but that may be inaccurate.

To make the connections even more interesting, there’s a link between Penny Pritzker of Hyatt along with the subprime meltdown and ACORN (see community organizer: voter fraud).

So here’s a woman who helped create the subprime mortgage fiasco and drove her bank into a half-billion dollar failure, was associated with an organization that is notorious for voter fraud, and is sinking the flagship of the Hyatt Hotel chain by inviting an aspiring mass-murderer of Jews to be a guest of honor there.

And this is the woman Barack Obama chose to handle his campaign finances.

Proof, I guess, of how his running of the campaign proves his executive judgment and experience.

3 thoughts on “Not Quite Ready for Subprime Time”