In the run-up to last November’s election in Denmark, Naser Khader, a moderate Muslim politician and the leader of the New Alliance party (Ny Alliance) received a lot of media attention. The New Alliance was a small party, but as a member of the governing coalition, it was billed as a “power broker”, since the election was expected to reduce the power of Venstre, the party of Prime Minister Anders Fogh Rasmussen and the dominant partner in the coalition.

Naser Khader’s political positions — including a proposal to ease some of the rules about immigration, and other social issues — were expected to influence government policies as a part of the price for his participation in the government.

New Alliance was formed as an alternative and counterweight to the Danish People’s Party (Dansk Folkeparti), an anti-immigration party committed to the promotion of traditional Danish values. The DPP is anathema to the elite media and celebrities in Denmark, what with its vulgar and politically incorrect attitude towards all things Danish.

The best and the brightest of the glitterati flocked to New Alliance, and prompted the coinage of a new term, halalhippierne, “halal hippies”, for this convergence between the moderate Muslims and chic celebrities.

But Venstre did better than expected in the election, as did the DPP, and New Alliance was limited to just five seats in Parliament. Even so, Mr. Rasmussen’s core parties (Venstre, the Conservatives, and the DPP) hovered right around the 50% mark, which still allowed for the possibility that Naser Khader would retain the front-page celebrity and influence to which he has become accustomed in the past few years.

In the last two weeks all that has changed. First one New Alliance MP left the party, and then another defected to Venstre. The three-member “rump” of New Alliance in Parliament is essentially irrelevant now, and the glory days of Naser Khader are a thing of the past.

I make it a habit to look through the Danish-language news media, but my grasp of Danish is still too rudimentary for me to understand much. When I reach an impasse in a news story, I often ask our Danish correspondent Kepiblanc to help me out.

Gitte Seeberg was the first defector from New Alliance on January 29th. Here’s what Kepiblanc had to say about her: 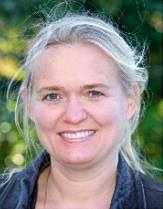 Gitte Seeberg was — until recently — a ‘foot soldier’ in the old Conservative Party (Det konservative Folkeparti — the classical conservative party founded around 1890 by landlords, nobility, squires etc.) and was rewarded with a seat in the European Parliament, where she couldn’t do any harm.

But apparently she wanted some influence, so she left the party and founded New Alliance, together with Naser Khader and one Anders Samuelsen (yet another surplus politician from the EU Parliament, placed there by the Radical Left [Det Radikale Venstre] — nothing “radical” about that, merely a wishy-washy party of do-gooders, tree-huggers, Islamophiles, etc. — in short the “café latte crowd”).

Right after the startup of New Alliance (May 2007) polls gave them something like twenty seats in Parliament (out of 175), which meant substantial influence. The whole idea of the party was to reduce the influence of the Danish People’s Party, a supporter of the present government and our guarantee against uncontrolled Muslim immigration.

But the new party blew it completely: the candidates flooding into the party were political amateurs, yuppies, TV-anchors, actors, etc. — the ones we call ‘urban fools’ (storbytosser) who came up with crazy ideas (like reducing tax solely on the island of Funen), some of them best known for their greed and extravagances.

Anyway, at the election the party got five seats and thus barely made it into Parliament. The Danish People’s Party became stronger than ever. The New Alliance ended up as nothing but laughingstock and without any influence whatsoever. Consequently they gave up any opposition to the government and the Danish People’s Party and fell in line as supporters of PM Anders Fogh Rasmussen.

Gitte Seeberg could not accept this merry-go-round, so she left the party — now down to four seats. She’s a sole player now and without any chance of getting re-elected, even to the EU Parliament. She’s just finished.

All in all, I think she’s honest and good-spirited, but naïve, ignorant and a little dumb. 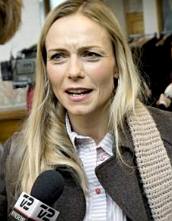 She is one of those ‘celebrities’, a former fashion model and the daughter of a yuppie businessman. She has now joined Venstre (a most ironic label literally meaning ‘left’. A proper label would be something like ‘Right-wing liberals’ — the party of PM Anders Fogh Rasmussen).

The party ‘New Alliance’ is a dead joke.

New Alliance got five seats at the election. With Gitte Seeberg and now Malou Aamund gone they’re down to three. The party is history.

New Alliance may be history, but one suspects Naser Khader is not. Mr. Khader has become accustomed to the media spotlight, and he has gained international stature as that most elusive of creatures, a moderate Muslim politician.

I can’t see him giving up the limelight voluntarily. But I can’t see him playing second fiddle to Anders Fogh Rasmussen and the other leaders of Venstre, either.

So what’s to become of Naser Khader? Yet another new political party? The Radical Left? Some other party?

Or is he doomed to political oblivion?

7 thoughts on “The End of the New Alliance”