From our Swedish correspondent LN comes this cartoon: 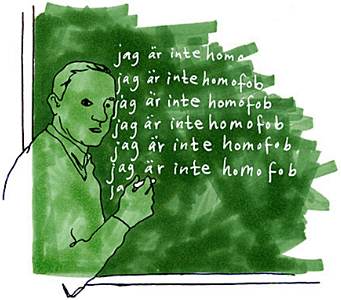 This unfortunate student is being forced to stay after school and write “I am not a homophobe” a thousand times.

Gotta get that mind right.