One of the preferred methods utilized by Islamic front groups to silence critics of Islam is the lawsuit. The deep pockets of the Saudi regime, along with the successful penetration of the governments and legal systems in most Western nations, make it relatively easy for Islamist lawyers to put the fear of Allah into their opponents. 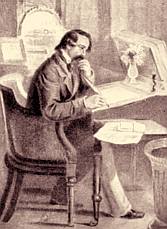 Even if the writers themselves are courageous — and there is no denying the courage of people like Robert Spencer — publishing houses are all too eager to assume the dhimmi position. Since publishers are responsible to their shareholders, and bear the brunt of any legal expenses incurred in a court fight, it’s understandable that they tend to fold in the face of Wahhabi litigation.

Of all the Western nations, British libel laws the most generally favorable to the plaintiff. As a result, several recent successful libel cases originated in the British courts when attempting to target the writers’ works in the United Sates and other countries.

Roger Kimball, writing in his Pajamas Media column, has a fascinating insider’s look at the nature and extent of this “libel tourism”:

Last summer, Cambridge University Press announced that it would pulp all unsold copies of its 2006 book Alms for Jihad: Charity and Terrorism in the Islamic World by Robert O. Collins, a professor emeritus of history at the University of California, and J. Millard Burr, a retired employee of the State Department. Why? Because Khalid bin Mahfouz, a Saudi banker, filed a libel claim to quash the book. According to a story in The Chronicle for Higher Education [reg req’d], Cambridge instantly capitulated, paid “substantial damages” to Mr. Mahfouz, and even went so far as to contact university libraries worldwide to ask them to remove the book from their shelves. They seem to have been successful in their request: I have searched high and low for the book in academic libraries and public libraries and have found that, although it is listed as “not checked out,” it is nowhere to be found.

Suppressing books he doesn’t like seems to be a hobby of Mr. Mahfouz’s. His web site lists successful actions against three other books Reaping the Whirlwind: The Taliban Movement in Afghanistan, Forbidden Truth: U.S.-Taliban Secret Oil Diplomacy and the Failed Hunt for Bin Laden and Funding Evil: How Terrorism Is Financed—and How to Stop It. As Robert Spencer explained in The Washington Times, one notable feature of Mr. Mahfouz’s legal actions is that he has sued various American authors in Britain, where libel laws favor the plaintiff.

Britain’s libel laws have given rise to the phenomenon of wealthy “libel tourists,” who sue there on the slimmest British connection [e.g., the fact that a book may be available through Amazon.com] in order to ensure a favorable ruling. Mr. bin Mahfouz had the good fortune of having the case heard by Judge David Eady, who has a long history of strange rulings in libel cases — rulings that generally ran in favor of censorship and against free speech. In connection with another of these rulings in May 2007, British journalist Stephen Glover wrote: “Mr Justice Eady is beginning to worry me. Is he a friend of a free Press? There are good reasons to believe that he isn’t.”

In May 2005 Justice Eady ruled that Miss Ehrenfeld [Rachel Ehrenfeld is the author of the above-mention Funding Evil] must apologize to Mr. bin Mahfouz and pay over $225,000. This fine remains uncollected, and Miss Ehrenfeld sees no reason to apologize. Now she cannot travel to Britain, and her writing and research work has of course been banned there — thus preventing important information from reaching the public.

Miss Ehrenfeld countersued in New York, asking the 2nd Circuit Court of Appeals for a declaration that the British judgment was contrary to the First Amendment and hence unenforceable on an American citizen. And on June 8, the appellate court handed down a landmark decision, ruling that Miss Ehrenfeld’s case was valid, and that she could appeal for relief from American courts in order to keep the British court order from being carried out in this country. Said Circuit Court Judge Wilfred Feinberg: “The issue may implicate the First Amendment rights of many New Yorkers, and thus concerns important public policy of the state” He also declared that the case had implications for all writers — since they, like Miss Ehrenfeld, could be subjected to harassment. This decision could also have great impact on the September 11 victims lawsuits, in which Mr. bin Mahfouz is also a defendant.

Mr. bin Mahfouz is not the only player in the libel tourism game, not by a long shot. Just yesterday, I heard that a complaint (scheduled to be heard in June in British Columbia) had been filed against the Canadian magazine Macleans. “London lawyer Faisal Joseph,” reports the London Free Press, “is leading a human rights complaint against Maclean’s magazine for publishing an article he says submits Muslim Canadians to “contempt and hatred.” And what article would that be? Why, an excerpt from Mark Steyn’s brilliant and terrifying book America Alone. Kenneth Whyte, the editor of Macleans, published 27 responses to Steyn’s article, but he was quite right to reject a demand that he publish, unedited, a five-page article by Muslim students. “I told them I would rather go bankrupt than let somebody from outside our operations dictate the content of the magazine.” Let’s hope it won’t come to that.

Mr. Kimball goes on to detail the campaign mounted against Mark Steyn’s writings in Canada. He includes this quote from Mark Steyn.

I can defend myself if I have to. But I shouldn’t have to.

If the Canadian Islamic Congress wants to disagree with my book, fine. Join the club. But, if they want to criminalize it, nuts. That way lies madness. America Alone was a bestseller in Canada, made all the literary Top Ten hit parades, Number One at Amazon Canada, Number One on The National Post’s national bestseller list, Number One on various local sales charts from statist Quebec to cowboy Alberta, etc. I find it difficult to imagine that a Canadian “human rights” tribunal would rule that all those Canadians who bought the book were wrong and that it is beyond the bounds of acceptable (and legal) discourse in Canada.

As I say, I find it difficult to imagine. But not impossible. These “human rights” censors started with small fry — obscure websites, “homophobes” who made the mistake of writing letters to local newspapers or quoting the more robust chunks of Leviticus — and, because they got away with it, it now seems entirely reasonable for a Canadian pseudo-court to sit in judgment on the content of a mainstream magazine and put a big old “libel chill” over critical areas of public debate. The “progressive” left has grown accustomed to the regulation of speech, thinking it just a useful way of sticking it to Christian fundamentalists, right-wing columnists, and other despised groups. They don’t know they’re riding a tiger that in the end will devour them, too.

Mark Steyn’s bestseller status will insulate him from this kind of mau-mauing, but less well-known authors and smaller publishing houses are more likely to cave in.

Mr. Kimball concludes his essay with this:

While everyone is busy humming “Let’s Not Be Beastly to the Muslims,” it is worth noting the word “Islamophobia” is a misnomer. A phobia describes an irrational fear, and it is axiomatic that fearing the effects of radical Islam is not irrational, but on the contrary very well-founded indeed, so that if you want to speak of a legitimate phobia — it’s a phobia I experience frequently — we should speak instead of Islamophobia-phobia, the fear of and revulsion towards Islamophobia.

Now that fear, I submit, is very well founded, and it extends into the nooks and crannies of daily life. Libel tourism is only one face of the phenomenon. It wasn’t so long ago, for example, that I read in a London paper that “Workers in the benefits department at Dudley Council, West Midlands, were told to remove or cover up all pig-related items, including toys, porcelain figures, calendars and even a tissue box featuring Winnie the Pooh and Piglet” because the presence of images of our porcine friends offended Muslims. A councilor called Mahbubur Rahman told the paper that he backed the ban because it represented “tolerance of people’s beliefs.” In other words, Piglet really did meet a Heffalump, and it turns out he was wearing a kaffiyeh.

Here is the novelty: Our new enemies are not political enemies in any traditional sense, belligerent in the service of certain interests of their own. Their belligerence is focused rather on the very existence of an alternative to their vision of beatitude, namely on Western democracy and its commitment to individual freedom and economic prosperity. Our new enemies are not simply bent on our destruction: they are pleased to compass their own destruction as a collateral benefit. This is one of those things that makes Islamofascism a particularly toxic form of totalitarianism. At least most Communists had some rudimentary attachment to the principle of self-preservation. In the face of such death-embracing fanaticism our only option is unremitting combat.

The problem with maintaining “unremitting combat” against Islam is that we are mainly fighting a cold war. The “hot” part of the war — IEDs in Iraq, Iranian nukes, bombs on buses, sarin in the shopping malls — is easy to see, and we can actually win some of those battles.

But the “cold” part of the war is the information component. Most people are unaware of the depth and scope of that aspect of the conflict, and that we are mostly losing it.

The enemy has penetrated our governments, our security agencies, our media, our lobbying organizations, and our school boards.

Political correctness has acted like the AIDS virus in the immune system of the Western world, leaving us open and vulnerable to the miscellaneous deadly strains of Islamic infection.

There is some cause for optimism, however: “libel tourism” can only silence professional writers. The pajama-clad amateurs, who make no money for their efforts, are immune to this threat.

Eventually other means will be used to shut us up — “hate speech” laws, state control of the internet, the acquiescence to the Islamic agenda by the major commercial blogging hosts, etc.

But we’re not there yet. There’s still a little time left.

27 thoughts on “Libel Tourism as a Tool of Jihad”