Our Swedish correspondent LN, after pondering some of the recent statements by his country’s putative leaders, sends along the following essay on Sweden’s history and current political culture.

Update: I inadvertently excluded seven paragraphs of LN’s material; I have now added them to make his essay complete. Sorry, LN! 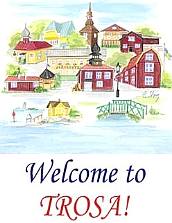 Trosa is a small town of 4,200 inhabitants some sixty kilometres south of Stockholm. This idyllic spot — which, with the islands and skerries of the archipelago just outside, in the old days before the era of automobiles was sometimes called the End of the World (Världens ände) — recently received a visit from a Swedish so-called minister.

One of the true oikophobes of Sweden, of which there are thirteen to the dozen, came to town to visit The Enterprising Week. It was the Swedish Minister of Economics, and also leader of the Center Party, Maud Olofsson.

It was not long before the frogs started to jump from her mouth. In a seminar covered by a small local paper, Östra Sörmlands Posten, Nov 2007, she established among other things that:

“Actually it was not we Swedes that built Sweden. It was foreigners, people from the outside who did it.”1 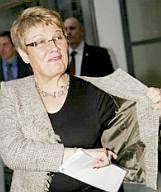 Of course Sweden has received influences from outside, just as any country has received influences from Sweden and Swedish thought and ideas. Swedish emigrants have contributed to the development in other countries, just as individuals and groups of immigrants have contributed to the development of Sweden. Since 1271 German merchants belonging to the Hansa up until 1669 had a very big influence on trade, and in the Cities around the Baltic Sea and during the 17th century approximately 3,000 French-speaking people from the southern part of what is today Belgium, the Vallones, people who were capable and skillful in mining, were invited to Sweden and had great importance for improving the manufacture of iron.

Maud Olofsson’s statement is, however, appalling and scorns every farmer, fishermen, lumberjack, mining worker, factory foreman, industrial worker, mill hand, maid, crofter, farmhand, tradesman, merchant, banker, businessman, and all the thousands of others who toiled often day and night in order to supply themselves and their families, and with their laborious mostly manual work contributed to building what we today call Sweden. 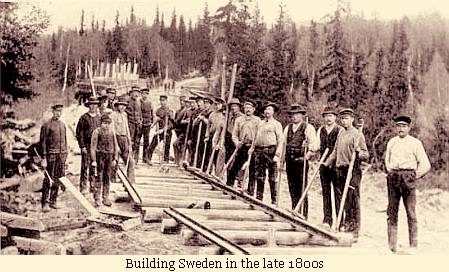 Maud Olofsson’s now notorious statement has stirred up anger and even fury all around Sweden. Of course much more so in the blogosphere than in any of the usual PC media.

Some readers might recall Jan Milld, who under suspicion of holocaust denial was scrutinized by Gates of Vienna only three months ago. He has written in detail on his blog about Ms Maud Olofsson and her statement, as has Richard Jomshof of the Sweden Democrats in their paper SD-Kuriren.

The aim of Maud Olofsson’s statement actually never was to say something essential about historical facts. The statement was not meant to be considered as an assertion about reality — true or not true is of course irrelevant for someone who is correct in orthodoxy.

No, it was about imposing a certain attitude, or to remind us about an already imposed attitude. Maud Olofsson determined and marked a position of political correctness: we Swedes shall experience ourselves as insignificant — we shall have no faith in thinking we have any value of our own.

Such a reduction is namely necessary in order to promote the big project — the changing of Sweden to one MULTICULTURAL COUNTRY.

Only if we fully realize how totally without value we are, and always have been, can those in power be assured that we deny ourselves the opportunity of considering the ongoing disintegration in all its aspects of our society.

Maud Olofsson’s statement is one in a series of many coming from representatives of a the history-less but nasty elite in power. The leader of the Social Democratic Party, Mona Sahlin, a.k.a. ‘Måna Muslim’, is already notorious for her depreciatory statements.

But Mr. Fredrique Reinfeldt, who had just become Prime Minister of Sweden in 2006, perhaps carries off the first prize for oikophobic statements. In front of political refugees and ‘newly-created’ Swedes in the Södertälje suburb Ronna, he argued that

“What is truly Swedish is barbaric — the rest of development has come from abroad.”2

8 thoughts on “Welcome to Trosa”