Our Dutch correspondent H. Numan offers this bureaucratic parable of ambition and influence within the government of the Netherlands.

Setting Up Your Very Own Secret Service
by H. Numan

Impossible you say? Not quite. It can be done, and you don’t need any experience in the field at all. Here’s how you do it.

First you start in a government agency. Any will do. In this case, let’s start in a nice innocent ministry. Say, the ministry of agriculture. Can’t be more harmless than that, can it? There you make sure you get promoted to the top using the age old system of “licking and kicking”: you lick yourself upwards, while you kick anything in your way downwards.

Make absolutely sure your superiors cannot find any fault in your work. None whatsoever. Fire anyone making mistakes. Promote harmless people, and make certain you have some dirt on each them. Just in case. One can never be too certain. Sooner or later you become secretary general.

Expect some setbacks along the way. In this case, a parliamentary commission wasn’t too keen to see you as secretary general running your own shop. It might have worked, of course. But not only you had some dirt just about anybody, so did others on you. Fortunately, since you have reached the upper echelon of civil positions, you are unassailable. Thus, the parliamentary commission offered you another nice cushy job. Director of the UWV, the government unemployment body. Now you are in charge of everybody unemployed. Not quite what you wanted, but not too shabby either.

So you start again. This time not from the bottom, but at the very top. You don’t like your office. A director in charge of half a million unemployed should have something better than that. No problem, you have the whole office redecorated.

As you are the crème de la crème, you really don’t want that cheap IKEA stuff. You hire an interior decorator to do the job. Everything must be handmade. Expensive? Why, it’s only money! You’ve got plenty of that. After all, those lazy buggers you are in charge of should find a job anyway. 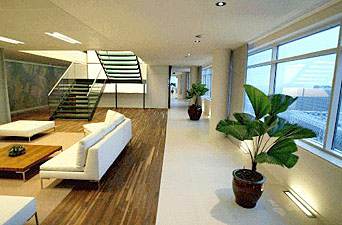 
Strangely enough, some people object. They can’t seem to understand that you need a private office for a trifling three million Euros. They can’t really fire you; your position is much too high for that. So the best they can do is get you sidestepped.

Now you are almost there. Your new job is National Coordinator of Terrorism Control (NCTB). “A promotion to an inactive post”, as one might say. At least that is what your enemies think. You know much better. You have arrived. What is inactive can be very active, if you make it so. “Houston, the hyena has landed!”
– – – – – – – – –
Your job is to coordinate the various government agencies fighting against terrorism. Now, none of those agencies likes you very much, and all you are allowed to do is coordinate. You don’t have a large staff, no secret agents, not a large budget. But being the proverbial civil servant that you are, you don’t worry. Nor do you care. A civil servant worth his pension makes things happen the bureaucratic way.

They say lots of nasty things about you, but everybody has to admit you really are the proverbial civil servant. Sir Humphrey Appleby from the BBC series “Yes Minister” is a toddler compared to you. 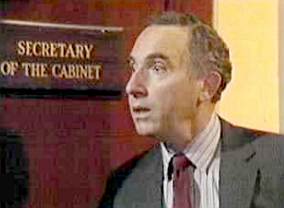 So first thing you do is make certain people notice you. That you do by questioning the protection given to politicians. For example, Mr. Geert Wilders, who is under permanent police protection for innumerable death threats: you order him to your office, and tell him to shut the f**k up. If he keeps his trap shut, those Muslims wouldn’t be such a nuisance to him. You realize very well this will not sit right, but that doesn’t matter. You are noticed. You are in the news, for at least a full month. Journalists interview you. Your first goal is achieved. The country knows the NCTB agency exists. Growing teeth on a toothless agency is your next priority.

Now you can start working in earnest. And that is what you do. You commission a scientific research by (of course a left-wing) independent university about Salafism. The Catholic University of Nijmegen (KUN) is regrettably far too left-wing to be taken seriously. This university is nicknamed “The university of Saint Marx”, located in “Havana on the Waal River”. That won’t do. Scientific research from that university would make you laughingstock of the nation. So you go for second best: the University of Amsterdam. It is exactly as biased as the other one, but the general public doesn’t really know that.

Now, the Netherlands already has a secret service: the Algemene Inlichtingen en Veiligheidsdienst (AIVD). Every police department has at least two at their disposal: the recherche (plain clothes police) and the CID (Criminal Intelligence Department). These agencies work with dedicated undercover staff, which is what you don’t have. All you have are pencil pushers. Those agencies, notably the AIVD, already investigated Salafism. Their report is backed up with evidence from undercover agents, and a whole lot more. It isn’t what you want. They want to combat Salafism. You want an independent secret service, so this will get you nowhere. Don’t let facts interfere with your goal.

Your investigation will be done by the anthropological department of the university. In other words, the people who go to Papua New Guinea to find out about the life of recently discovered tribes. They observe customs and habits, ask questions, and write down answers. Which is the way anthropologists work, and what they will no doubt do here as well. Visit a few mosques. Ask questions. Write down the answers. There isn’t much undercover work here. Anthropologists don’t do cloak and dagger stuff. 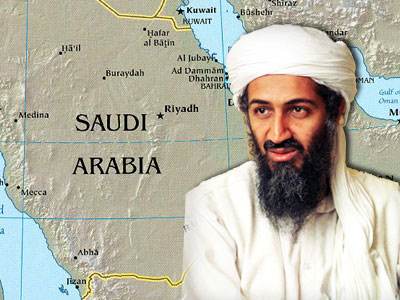 Your friendly Salafist from our staunch ally Saudi Arabia. Peace be with you all!


Does it worry you? Not in the slightest. There isn’t a problem with Muslims, and certainly not with Salafists. The word itself means ‘brothers’. What could be more peace-loving than a bunch of guys calling themselves brothers? (A group of guys calling themselves ‘comrades’, perhaps?)You know you are right, mainly because anyone who doesn’t gets kicked out of the way, fired, or warned off. Also because the few that might disagree with you would never be so rash as to voice it in your face. So you are right. You already told Geert Wilders he should tune down. Now it’s time the nation learns that lesson as well.

The main purpose is, of course, to set a basis for your own undercover team. A university can only do an anthropological investigation. It will take time; this project will take at least a year. But time is on your side. You were the youngest Secretary General in the history of The Netherlands (and probably the worst), a year or two doesn’t matter a lot to you. The outcome is already known, as you want no real investigation. You never had one in your life, anyway. An investigation is done merely to underline your opinion with some convenient facts. And so it is with this one. The outcome will therefore be what you want: while Muslims aren’t a threat to the nation (you said that many times in public), Islamophobes certainly are (you said that too). They need to be investigated and kept under control, and you are the man to handle that. 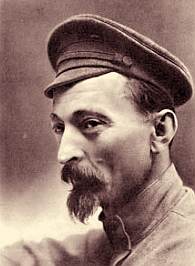 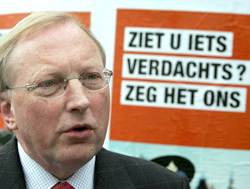 Tjibbe Joustra (background caption: “Do you see something suspicious? Tell us”)


From a news report:

Chairman Tjibbe Joustra of the UWV unemployment institute got into hot water in 2003 when the RTL news program Edition showed illegally-made videos of the UWV head office. Brand new toilets where hacked away, and very expensive materials such as cherry-wood and hand carved stones created an outcry in times of nationwide budget cuts. Parliament asked minister de Geus for an explanation in June 2003 why this new office had to be entirely renovated. De Geus, who based his reply on information from the board of trusties of UWV, said there wasn’t anything irregular here. However, on 14 February 2004 he demanded the resignation of Mr. Joustra, as he had given him incomplete and incorrect information.

From the commission investigating Mr. Tjibbe Joustra as Secretary General for Agriculture:

The commission strongly criticized the top of the ministry: the work method was often highly inefficient, rough, and top-down. The ministry was controlled autocratically, employed intimidation, and far too much power was in hands of a very small group of civil servants, more specifically, in hands of the Secretary General T. Joustra. As all ministers left management completely in hands of the organization of the Secretary General and his staff departments cannot be spoken of open or even of efficient management under his term as S.G. According to the commission Kroes. “ A vertical information barrier existed. The top of the ministry closed itself to the public. Fear for making mistakes leads to self censorship and lack of initiative in the lower echelons of the ministry. The commission recommends the resignation of Mr. Joustra.

3 thoughts on “Setting Up Your Very Own Secret Service”