First of all I would like to say that I am at least as tired of this public spat as I suspect many of my readers are. I had no intention of writing a post about this topic today, and was in the process of reading Ibn Warraq’s excellent book Defending the West: A Critique of Edward Said’s Orientalism and preparing a positive review of Robert Spencer’s latest book Religion of Peace?: Why Christianity Is and Islam Isn’t. I guess that’s one thing Charles Johnson and I have in common. However, Mr. Johnson of Little Green Footballs apparently wants to keep this story going. It is tempting to ignore LGF completely, but since a few readers will probably believe some of the nonsense posted there about me and others, I guess I have to respond, however reluctant that may be. 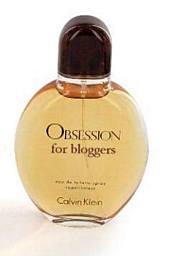 In his post entitled Fjordman’s Obsession, Johnson claims that Fjordman “continues posting his melodramatic ‘Farewell to Little Green Footballs’ at every web site that will let him. This seems like the fifth or sixth site it’s appeared at, and it’s even been translated into German. It’s bizarre and obsessive behavior, bordering on character assassination, but it’s what I’ve come to expect; it’s how Fjordman and his fellow travelers obfuscate and divert attention from the real issues.”

I have several objections to this. When I checked the Global Politician website today, November 19th, there were no less than three articles of mine posted at the front page. One was my post about LGF, which had been published at the Gates of Vienna blog. Another was an essay where I warn against the erosion of political liberty and free speech caused by excessive government interference, a typically Fascist viewpoint if you believe my critics. Finally, there was the essay The Truth About “Islamic Science,” which was first published at Jihad Watch . If you look at the sidebar, you will also see the category “More by this author,” which contains links to other articles republished at the GP, for instance my essay entitled The Fatherless Civilization , originally published at The Brussels Journal.

The most interesting fact, however, is that not one of the above mentioned texts, nor the many, many other of my essays that have been republished at the Global Politician website, were sent to them by me. They republished the essay about Little Green Footballs on their own initiative and without consulting me, which is fine. They can continue doing so because I have repeatedly stated, I believe even at the comments section of LGF, that all of my essays can be republished online for free, or translated to other languages, by anybody who wants to. A few of my essays, for instance the one about Islam and science which was posted in stages at Jihad Watch and expanded into the booklet Islam, Christian Europe, and the Greek Heritage at Gates of Vienna, can also be republished in print.

Because of this, most of my articles are published at several websites. I occasionally come across some of my essays during web searches reposted as websites I haven’t even heard of before. I harbor no illusions that this is going to change the world, but as long as somebody likes my work, and as long as the impact of my essays is more than zero, I will continue doing this. I hardly ever communicate with the Global Politician and have to check my archives to see if I even have their email address. They republished that post because they liked it. I had nothing to do with it, which means that my supposed “obsession” in this case was nonexistent.

Regarding the German translation mentioned by Mr. Johnson: Some of my essays have been translated to Spanish, Italian, Bulgarian, Croatian, Polish, the Czech language etc. By far the most prolific translator, however, is the German blogger calling herself Eisvogel. A quick look at her website will reveal that she has translated literally dozens of my essays. She started out with this before I was familiar with her website. Unlike the GP, I do have email contact with her, but no, I didn’t ask her to translate the particular article about LGF. She translates whatever she finds interesting or relevant among my essays, which means that my supposed obsession in this case is, again, entirely nonexistent. The only website I have asked to publish that essay was Gates of Vienna where it was originally published.
– – – – – – – – –
Some of Eisvogel’s translations have been republished at the major anti-Jihad blog Politically Incorrect, perhaps the most pro-Israeli and pro-American German language blog in existence. They are in the process of establishing an English version of their excellent website. Their front page displays a photo of the late Italian writer Oriana Fallaci, just as Mr. Johnson does at his website. There is also an Israeli flag next to the text: “This blog supports a strong and secure Israel and appreciates its virtues.” They even link to LGF. Their editor Stefan Herre was supposed to represent Germany at the Counterjihad Brussels 2007 conference, which Charles Johnson and his Little Green Footballs crowd have spent the past month trying to discredit as a Nazi-infested meeting. Sadly, Herre was unable to attend, but his presentation can be read here, along with other national presentations.

According to Eisvogel, some of the most mentally exhausting problems facing anti-Jihadists are not caused by Muslims or the political Left, but by the constant infighting among those supposed to be Islam-critics. Even so-called conservatives call others racists, Fascists and Nazis if they disagree with them, which sounds an awful lot like what LGF has been doing for weeks now. Johnson still hasn’t answered whether it is OK to compare me, one of the most pro-Israeli bloggers in Europe, to Nazi apologists, nor does he link to most of the information carefully collected by Christine at the Center for Vigilant Freedom.

I would hereby like to make a challenge to Charles Johnson: You claimed in your latest post that I continue posting my farewell to LGF at every website that will let me. However, the truth is that I have never asked a single website apart from Gates of Vienna to post that essay. I like Global Politician and have no desire to swamp them with unwanted emails, but if you doubt the accuracy of what I just wrote, why don’t you send them an email and ask them whether I was “obsessive” about posting the article about LGF at their website. If you find that the answer is no, and believe me, you will, that means that you just made a post with the sole purpose of discrediting me and my character which was 100% flat-out false, totally invented and without any factual basis whatsoever.

On top of that, Mr. Johnson goes on to accuse me, on the basis of this fraudulent information, of “bizarre and obsessive behavior, bordering on character assassination, but it’s what I’ve come to expect.” I could say something about the pot calling the kettle black in this case.

The way I see it, there are now only two choices left for Charles Johnson: He can either admit that his latest post about me was based on false premises, post a retraction and perhaps issue an apology to me. Or, he can continue as if nothing has happened. If he chooses to do the latter, it will undermine his credibility in the long run since he presents his website as an alternative to dishonest reporting in the mainstream media, but fails to live up to his own ideals. If Little Green Footballs does not issue a retraction in this case, will “fake, but accurate” be the blog’s new motto?

Finally, before I get back to doing real work, I would like to say one more thing: Yes, I write under a pseudonym, not my real name. No, it’s not an ideal situation, but so far I have calculated that I can do more good by using a pseudonym than my real name. I have considered using my real name several times, and maybe I will some day. However, the treatment several people, including Pamela Geller of Atlas Shrugs, but especially Paul Belien of The Brussels Journal, have received is not encouraging. I do not agree with Belien on everything, especially since he is a deeply religious man and I am not. But he is not a Fascist, he is a good man and he does not deserve to be subject to the cyberspace witch-hunt orchestrated by the supporters of Little Green Footballs over the past few weeks. An anti-Semitic Fascist regime already controls Europe: it’s called the European Union.

Belien has been subject to death threats from Muslims, attacks from Leftists and police harassment by the Eurabian authorities in his country. The fact that he is now also attacked by so-called conservative Islam-critics speaks volumes about how totalitarian the political atmosphere in Europe is now becoming.