UPDATE BY DYMPHA: Gates of Vienna owes its existence to the Belmont Club. Were it not for Wretchard’s inimitable style and his ability to make connections we’d not seen before, we’d never have begun our own blog.

Actually, we were getting so verbose in the comments that courtesy required us to move along and quit hogging the comment thread. 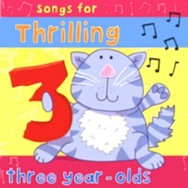 It feels like forever that I’ve been arguing with hardliners, googling for jihad photos, deleting referral spam comments, ignoring trolls, and reading two or three hundred emails a day…

But time flies when you’re having fun, right?

Seriously, we never thought that Gates of Vienna would come as far as it has, and we’re grateful for all the readers, commenters, correspondents, translators, and tipsters who make it possible — and worth doing.

So what would our thrilling song be?

How about “Silver Threads Among the Gold”? Or “Dry Bones”?