September 11th has rolled around again. No doubt we will see further paranoid proclamations that the destruction of the World Trade Center was really an inside job by Karl Rove and other neo-cons out to instigate a war in the Middle East. Though perhaps now that Mr. Rove has left the scene there will be some further verse to this very tired tune, other villains to step into his evil shoes. 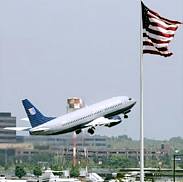 Meanwhile, given the date, it is ironic that we should be running a post on “benign incidents” aboard airline flights this past week. “Benign” is TSA speak for “nothing to see here, move along.” The reality is things haven’t changed since Annie Jacobsen started reporting on the dry runs being practiced by future Mohammed Attas, hoping for their moment of fame.

As you remember, she was ridiculed by the authorities, including ICE, the FBI, and TSA, only to be vindicated later. These days she has a blog on terror in the skies, aptly named “The Aviation Nation.” It is an on-going journal of aviation “incidents” that ought to scare the bejeezus out of anyone who flies regularly.

The latest strange occurrence happened last week in Florida. It involved, of course, people of Middle Eastern origin [profiling!], whose suitcases not only tested positive for traces of Semtex, but who also had strange items in their luggage. And at least two of the men (there were six men and three women, all supposedly family members) had covered themselves with Vaseline, which is reported to be a favorite trick for those who expect to be in hand-to-hand combat. Who knows, maybe they consider modern day air travel a form of jihad just because of the crowded seats and funky air? Maybe rubdowns with petroleum jelly will become ordinary pre-flight behavior for everyone…

Read the whole predictable scenario – including the release of the man with two questionable passports – in a very detailed story at Northeast Intelligence Network.

There is a briefer article in the local paper, The Orlando Sentinel, datelined four days ago. The latter ended with a quote from an FBI agent, to wit:

“It was all benign,” said Dave Couvertier, the FBI agent.

They had a dozen people claiming to be family members with weird stuff in their suitcases, Semtex traces all over their luggage, and some with questionable passports. While they did remove these jokers from the airplane, in the end they released them back into our midst.

And the FBI wonders why respect from American citizens is in short supply.

[Nothing further to see here. Move along]

2 thoughts on “Another Benign Dry Run in the Friendly Skies”