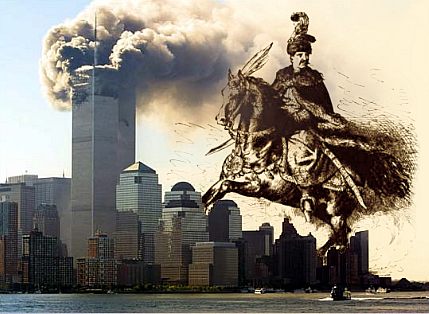 Nobody who reads this blog needs a reminder of what today is.

This time last year I told the story of the other September 11th.

On this day in 1683 King Jan III Sobieski of Poland arrived at Vienna to break the siege of the Turks and rescue the Christian West from the Hosts of Mohammed. The rout of the Ottoman troops before the gates of Vienna by the Polish hussars gave us a little breathing room, a coffee-and-croissants break that lasted for the next three hundred and eighteen years.

But no longer. From now on in, every day is September 11th.

3 thoughts on “All Our September Elevenths”