Correction: Magnus Andersson, the source of the information about Sheikh Rashid, tells me that the Sheikh by that name involved in the Gothenburg mosque and the one mentioned by The Times of India are not the same man. Since the conflation of the two might be considered libellous by one or the other or both of the gentlemen involved, I’ve removed the incorrect paragraph.

Our Swedish correspondent Carpenter sends us this dispatch about the building of a mosque in Gothenburg. The mosque is being funded by a radical Wahhabist group from Saudi Arabia, with the approval of the Swedish authorities.

Carpenter has translated a newspaper article about the issue, and includes his commentary.

The Saudi-Funded Mosque Building in Gothenburg
by Carpenter 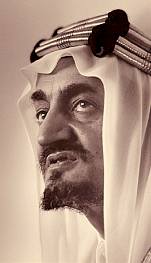 According to Lars Hedegaard, the Danish historian and editor of Sappho.dk, the Kingdom of Saudi Arabia has invested sixty-five billion dollars ($65,000,000,000) in ideological/religious activity for Europe’s Muslims in the last 25 years, with the intention of radicalizing European Muslims and spreading Wahhabism.

British Channel 4’s undercover report on mosques in the UK with close ties to Saudi Arabia confirmed Hedegaard’s statements; it revealed that imams engage in propaganda and hatred rather than peaceful religious activity. Homosexuals should be “thrown off a mountain”; Allah “created the women deficient”; Osama bin Laden is “better than a thousand Tony Blairs because he’s a Muslim”; they “hate the people of Kufr”; Muslims should not be satisfied with “living in other than the total Islamic state”; those who leave Islam should “be killed in the Islamic state”…

Well, the Saudis’ new brainwashing-target seems to be Muslims in Sweden, or at least in Gothenburg. With the bureaucrats’ permission, Saudi Arabia is financing the building of a mosque in Hisingen, Gothenburg. Here’s my translation of an article from Göteborgs-posten, published on April 27th:

Since the County Administrative Board [Länsstyrelsen] gave a green light to the money transaction, the Saudi delegation went home after promising a contribution of 45 million kronor [$6.8 million] to the mosque building of Hisingen.

GP took a glance at the four serious Saudi officials yesterday at noon when they finished the mosque discussions with representatives of Sweden’s Muslim foundation, SMS [Sveriges muslimska stiftelse], at the Römosse school in Gårdsten.

Ahmed Mohammed, chairman of SMS, explained that they were servants of the Ministry of Finance, and that two of them are architects.

Then the money was frozen.

That the money would come from Saudi Arabia has been known for several years. Two years ago, everything seemed to be cleared up, but then the Saudis withdrew the finance. According to Bachar Ghanoum, vice chairman of SMS, it depended on the debate that occurred about Saudi control of activity abroad that they are funding.

Afterwards, the Saudis demanded an approval from a Swedish authority to donate the money.

“The mosque should be open for everyone, the activity must not break any Swedish law or rule and the Muslims themselves will elect their own board.”

According to Ahmed Mohammed, a declaration of intention has been signed, in which the Saudis bind themselves to finance the mosque-building, expected to cost $6,800,000.

“Now the mosque is going up for a bid, both in Sweden and abroad. We hope that we’ll be able to pray in the new mosque in 2009,” he says.

The Römosse School is run by the Islamic Association, which is one of twelve associations in the umbrella organization of Sweden’s Muslim foundation. The school has a prayer facility which is one of the most important for Gothenburg’s Sunni Muslims. Yesterday the premises were almost filled by nearly two hundred men when Sheikh Rashid began the Friday prayer, right after the Saudi delegation went to Landvetter [Gothenburg’s airport].

“Many are very glad today. The mosque building has waited for a financing since 1993,” said Sheikh Rashid, who ensured that it’s about “unconditional help”.

“If we had accepted demands from outside, we would have had the financing long ago. And a few years ago, we tried to get help from the Swedish government for interest-free loans, but we didn’t get it.”

A certain disappointment over not having the mosque financed on their own could be noticed among the visitors.

“It would have felt better if we had got the money by ourselves. But since we did not, we thank Saudi Arabia for their support,” said Zouher Simmo, who came together with his business associate Mohammed El Nel from Hjällbo, who didn’t see any risks associated with the Saudi money.

Q: Couldn’t businessmen like you pay for the building?

“Yes, if it was about thousands of kronor. But it’s about millions,” answered Simmo.

“It’s neither appropriate nor good that cars drive in to the schoolyard and park before the prayer. The children run away and it easily becomes chaotic here,” says Fadia Aziz, teacher of the school, who is glad of the mosque building.

“It’s the best we can get. We’ve waited for a long time for a mosque where we can gather, talk and practice spiritual activity,” says Fadia Aziz.

Considering the propaganda-hatred of British Saudi-tied mosques, and that Saudi minister of information Sheikh Rashid is a supporter of Pakistani terrorism, it’s obvious that Saudi Arabia intends something more than just to provide Gothenburg’s Muslims with a place where they can “practice spiritual activity”. They intend to radicalize Muslims of Gothenburg and maintain their colonization of the West. What other reason might it be?

Mosques in Sweden have been notorious for propaganda-hatred and the support of terror in the past. According to terrorist expert Evan Kohlmann, the jihad-wave of 1995 in France, conducted by Groupe Islamique Armé, received support from the Brandbergen mosque. Last year, in the mosque of Medborgarplatsen, Stockholm, audio cassettes encouraging Muslims to “kill the descendants of monkeys and pigs” (i.e. Jews) were sold. (even Mark Steyn brought this to attention).

It seems the religion of peace will strike again in Sweden, with new portions of hate.

There’s a popular program on Sweden’s TV3 called “Insider”, hosted by Robert Aschberg, in which the crew often operate with hidden cameras and microphones to unveil crooks and swindlers in Sweden. I really hope that Mr. Aschberg in 2009 decides to unveil the Saudi-funded Hisingen mosque, just as Channel 4’s program “Dispatches” unveiled mosques in Britain.

Or no, I don’t; I rather hope that the Swedish government will learn something from Britain’s case, confiscate the Saudis’ money and send it back with a note:

“Dear Saudi Ministry of Spreading-Wahhabism-all-over-the-world: We’ve actually had enough of jihadi-propaganda and the support of terrorism in Sweden’s mosques! Please brainwash somebody else!”

…so that Mr. Aschberg don’t have to unveil the mosque in the first place! But I only think as a realist; since Sweden’s government would never do so, the most one can hope for is TV3 to make a report on the issue.

6 thoughts on “The Saudi-Funded Mosque Building in Gothenburg”